Victoria is yet to see any fatalities from coronavirus this year and only a handful of cases have bubbled to the surface during the state’s most recent outbreak yet millions of Melburnians remain stuck in lockdown – and the effects on struggling families, school-aged children and business owners won’t quickly be forgotten.

The entire state was first locked down at the end of May for five days – due to end at the start of winter on June 3 – but just one day before residents planned to return to their semi-normal lives, the government announced Greater Melbourne would be forced to stay locked inside their houses for an additional seven days.

With the new Indian ‘Delta’ variant that has wreaked havoc amongst a billion-strong population overseas being detected in the state, residents fear the leading health officers may extend the dreaded lockdown again.

This is despite the highest number of infections recorded during the recent outbreak topping at 12 more than a week ago, with the daily totals now circulating around five or six cases a day from thousands of tests.

During Victoria’s emergency lockdown meeting almost two weeks ago Victorian Premier Daniel Andrews – the North Face-wearing voice of reason throughout the state’s most gruelling 2020 lockdown – was nowhere to be seen, either in person or on Zoom, when it was decided that drastic measures would need to be taken.

As he is still recovering from a spinal injury, Mr Andrews had spoken to Acting Premier James Merlino earlier that day and was waiting for more updates after the meeting concluded.

Instead it was Chief Health Officer Brett Sutton who led the fast-paced one hour discussion before it was decided the state would be locked down the following day when cases were linked to the infectious Indian Kappa variant.

The news was understandably a disappointment for the business sector, who were never consulted.

‘If they engaged with us at any point before these announcements, it would make some significant differences around the edges where we could suggest where they might’ve gone a step too far and why,’ Tim Piper, Victorian head of the Australian Industry Group, told The Age.

To make matters worse the publication revealed that on May 21, six days before the lockdown stated, traces of Covid-19 were detected in the wastewater in the Wollert and Epping suburbs of North Melbourne. 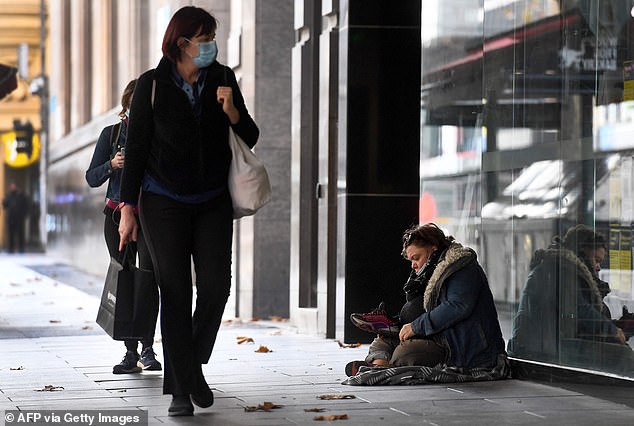 With the new Indian ‘Delta’ variant that has wreaked havoc amongst a billion-strong population overseas being detected in the state, residents fear the leading health officers may extend the dreaded lockdown again (pictured in Melbourne) 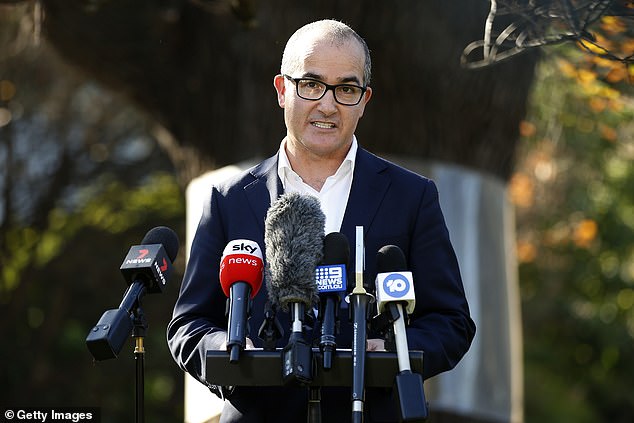 It was the same area a man who returned to Australia from India quarantined at a hotel in Adelaide and tested positive to the virus when he flew to Melbourne on May 4.

On May 11 a Woolworths supermarket in Epping, in Melbourne’s north-west, was notified the infected person who had left SA quarantine had visited the store three days earlier.

The Victorian Government was forced to admit its contact tracing team ‘fell down’ by taking almost two weeks to realise they had identified the wrong Woolworths store as a Covid hotspot – and it should have been Woolworths Epping North.

It was a mistake blithely deflected by Professor Sutton because they found no evidence anyone else had been infected by the error.

And Victorians were again left unimpressed by the leadership of Professor Sutton when he used the term ‘absolute beast’ when describing the new variant of the virus.

He later defended the language and denied the health advisors were fearmongering.

‘I do like to warn against complacency but all of the statements that I made about the Kappa variant, the primary one that we’re dealing with in Melbourne, were factual, they relate to the fact that we absolutely have to chase every single case down, we need to get back to Covid zero, that’s a significant challenge,’ he said at a press conference.

‘So when I use the term beast … I’m trying to warn against complacency and motivate everyone to get tested to isolate, to follow the rules.’

Businesses are outraged that politicians have taken a back seat to health officers, who are declaring what should and shouldn’t happen within the state. 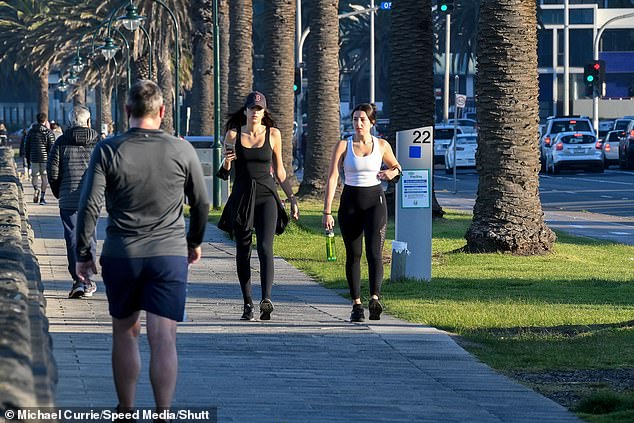 Business owner Colin Moxey, who owns a self-named hair salon in South Yarra, has been forced to reschedule 125 clients, backloading his appointments each day the lockdown continues.

While the majority of his workers are full-time, Mr Moxey estimates he is losing $30,000 a week in earnings.

‘Each session is around $100 average, so it is a big whack,’ Mr Moxey earlier told Daily Mail Australia.

‘It has been a tough year for us. We had a flood, so we had to move salons for two months. We have only been back four weeks, then this happened.

Meanwhile the effects of the lockdown on children and teenagers are equally as disturbing. 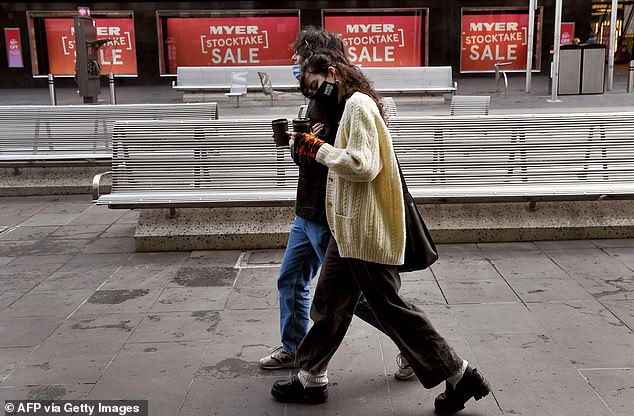 More are turning towards self-harm and suicidal thoughts as they’re kept indoors and forced to complete their schoolwork from home, The Australian reported.

A confidential report from the state government revealed that the average weekly mental health emergencies for youths up to the age of 17 reached 319 over February and March.

Even as the government announced it would allow VCE students back into the classroom next week, it had initially planned to keep children with special needs trapped at home before an eleventh-hour backflip.

One Melbourne mum, who did not wish to be named, told Daily Mail Australia her autistic child had been chewing his arm due to the stress of being kept at home.

‘Children who have differing abilities and attend special schools often don’t have the capacity to understand why they can’t go to school which can cause extreme behaviours such as self harm and meltdowns,’ she said.

The deteriorating mental health of ordinary Victorians, who have either lost their businesses or are unable to provide for their families, is once again expected to cause a surge in domestic violence incidents and suicides.

‘We still have families who are forced to isolate and are desperate for nappies and formula for their children. We have families who haven’t been able to access basic hygiene items such as soap and toothpaste,’ she said.

‘The mental health and anguish experienced by individuals who feel they have failed their family yet again can be insurmountable. The guilt and shame at not being able to provide for their children causes ongoing psychological effects and feelings of shame and failure.’