‘This makes me so angry’: Carrie Bickmore unleashes on slow vaccine rollout – as she reveals her personal battle during Covid

Carrie Bickmore has slammed Australia’s coronavirus vaccine rollout amid claims elderly aged care residents are yet to receive the jab.

The Project co-host hit back at assurances by the federal health minister Greg Hunt  that ‘100 per cent’ of residents in Victorian aged care facilities had been vaccinated, revealing she had elderly family members still waiting for their second jab.

Melbourne is in the middle of its fourth pandemic lockdown since March last year as the latest Covid outbreak swelled to 51 cases.

Aged care residents were among the 11 new cases recorded on Monday, sparking fears lockdown may be extended beyond seven days.

It comes after a worker at Arcare in Maidstone, in Melbourne’s north-west, became infected with Covid-19 after working at Blue Cross aged care in Sunshine.

Bickmore became fired up during an interview with Melbourne woman Kate Howard, who revealed her 95-year-old grandmother and other residents at her aged care facility were yet to receive their first dose of vaccine.

‘This makes me so angry,’ Bickmore fumed.

‘We’ve got family in aged care as well waiting for their second doses and it’s taking far too long, especially given what we saw happen last year.’

Ms Howard told the program the family had been lobbying for months for her grandmother to get the jab.

‘She, like the rest of our family, is incredibly keen and we have been keen since the phase 1A rollout was announced in February and we’ve done all that we can to try and make sure she is vaccinated,’ she said

‘We have been emailing since the start of March to try and get some understanding about who’s responsible and, you know, I’m over the politicking of this – I just want my grandmother vaccinated.’

‘You said something that could potentially be a big story, if I’ve got this right – you are saying in your grandmother’s home no-one has been vaccinated?’ he asked. 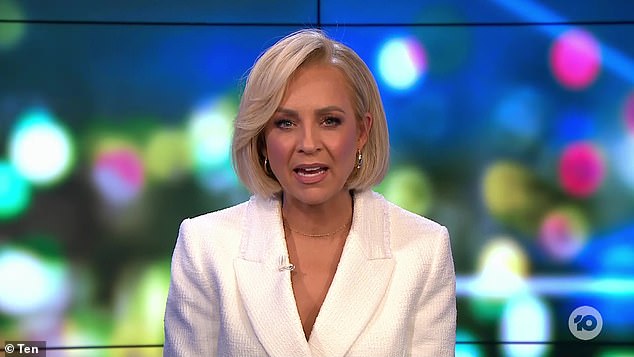 Ms Howard replied: They’re waiting on their first dose. I believe less than half of the aged care workers have, off their own bat, gone and got vaccinations but the others are still remaining.

The discussion continued after the interview.

‘It’s so interesting because the Health Minister Greg Hunt today insisted that 100 per cent of facilities in Victoria had had that first dose and, yeah, obviously there’s a discrepancy there, which we will follow up on,’ Bickmore said.

It couldn’t be a more stark discrepancy. That blows me away, so we have to look into that, don’t we?

Aly added: ‘It couldn’t be a more stark discrepancy. That blows me away, so we have to look into that, don’t we? 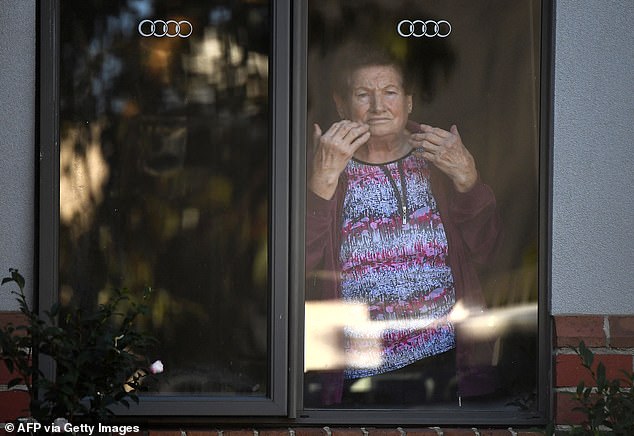 The federal government is under renewed pressure over its coronavirus response.

During the height of Malebourne’s Covid outbreak in 2020, the federal government banned aged care workers from taking shifts at multiple locations – offering financial incentives for employees to stay at one centre.

But the scheme was dumped for workers in private residential aged care workers on November 30 and was only reintroduced last week amid the state’s latest outbreak.

Mr Hunt said about 4.7 per cent of aged care staff had worked across multiple sites as he stressed the importance of flexibility in periods without outbreaks.

He said case numbers were the main factor in determining whether the single-site rule was in place.

“That is something that has been well established in consultation with the states, and so once that was reached then the definition was triggered,” Mr Hunt said.

While public sector aged care workers are still required to only work at one facility, staff at private ones were allowed to work at more than one.

They received an email on Monday urging them to ‘limit their work to a single facility’.