Covid-19: Masks no longer mandatory and 100 people can gather in homes as Victoria restrictions ease

Victorians can soon have 100 visitors at home and won’t have to wear masks at shops, in the most significant easing of restrictions since the start of the pandemic.

‘We know that the risk is far from over. But thanks to the incredible work of all Victorians, we’re continuing to open up and return to the city and the state we love, in terms of its life and vibrancy,’ he told reporters on Tuesday. 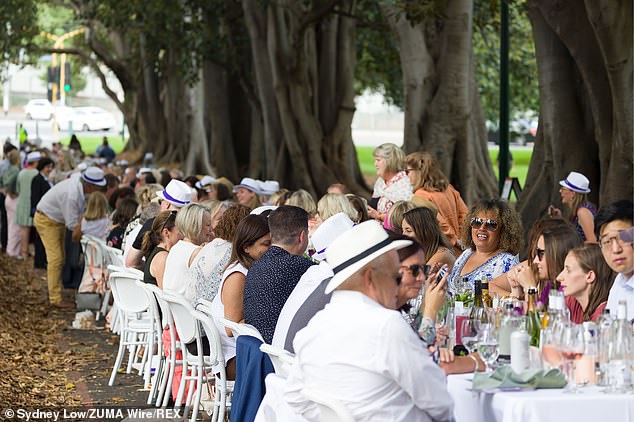 Masks will no longer be required in retail settings, although Victorians will still need to wear them on public transport, in taxis and rideshare vehicles and in hospitals and aged care facilities

The 75 per cent cap on workers in private and public offices will also be removed, although a density limit of one person per two square metres will apply. 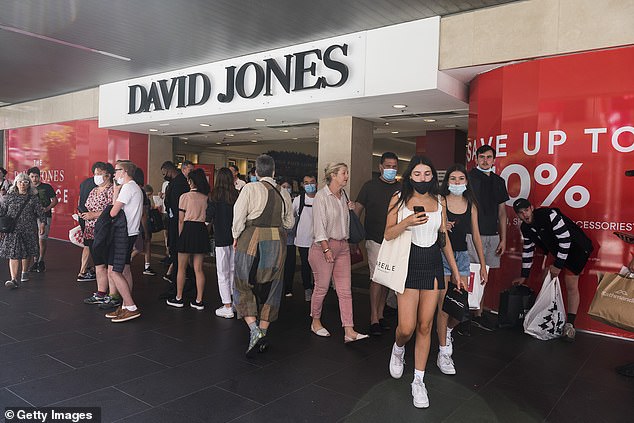 While masks are no longer mandatory in shopping centres (pictured), masks are still required on public transport and ride share vehicles

Crowd numbers have also been increased to 75 per cent of stadium capacity.

It comes as the state’s active cases dropped to zero on Tuesday, for the first time since December 10 last year.

Victoria recorded no new cases for the 25th day in a row on Tuesday, following 13,549 tests.

Victoria has not accepted international passenger flights into the state since February 13, when the state entered a five-day lockdown.

Freight flights with crew have still been able to land since that date.

Mr Merlino said he would make an announcement regarding the state’s hotel quarantine program ‘later in the week’. 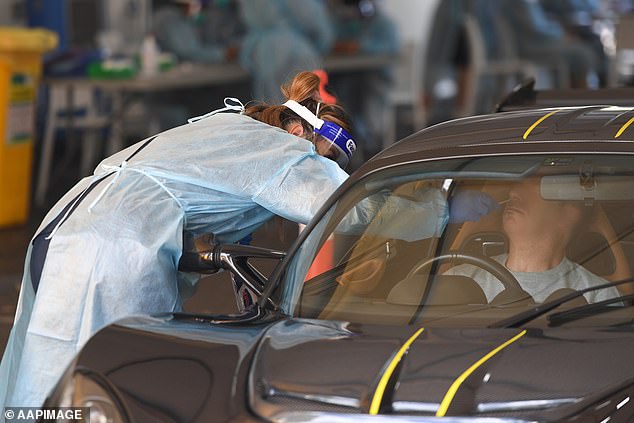 Victoria recorded no new cases for the 25th day in a row on Tuesday, following 13,549 tests (pictured: Medical staff work at a pop-up Covid-19 testing site in Brighton, Melbourne)