The mother of a three-year-old boy who was beating the odds against a rare condition but died after he contracted Covid has remembered him as a much loved little soul with ‘a gentle spirit’.

Sebastian Moroney passed away peacefully at his Sydney home on January 7 after battling Covid for just over two weeks.

Having been born with Niemann-Pick, a condition which affects the body’s ability to metabolize fat in cells, his mother Jordana said he was not expected to live past a few years but he had been bravely defying the odds.

‘He had defied so much about what they said about when we would lose him, we became hopeful. He kept breaking the rules,’ Ms Moroney told NCA Newswire.

‘He had been getting weaker by inches because of his degenerative condition, but Covid just ripped through him and it changed everything,’ she said.

While it is not known which strain Sebastian contracted, Dr Kerry Chant revealed at least one recent Covid death among young people was due to Omicron.

But there was one ray of light, with Sebastian being alive to welcome his little sister Liora into the world.

‘He was the sweetest thing… He loved everybody, he loved music [and] he lived to see his little sister, he lived to Christmas, he made it to his birthday.’

Ms Moroney said the family had taken every precaution to avoid anything which could have negatively affected Sebastian, including Covid, but he had been extremely susceptible because of his condition.

She praised the team at Westmead Children’s Hospital and at Campbelltown Hospital who had provided so much support and care throughout Sebastian’s life.

Staff would come out to their house weekly to care for the youngster so he wouldn’t be exposed to other patients and risk infections – and he particularly loved interacting with the nurses.

Ms Moroney and her wife Erin have asked donations in Sebastian’s name be made to the Westmead Children’s Hospital refugee clinic. 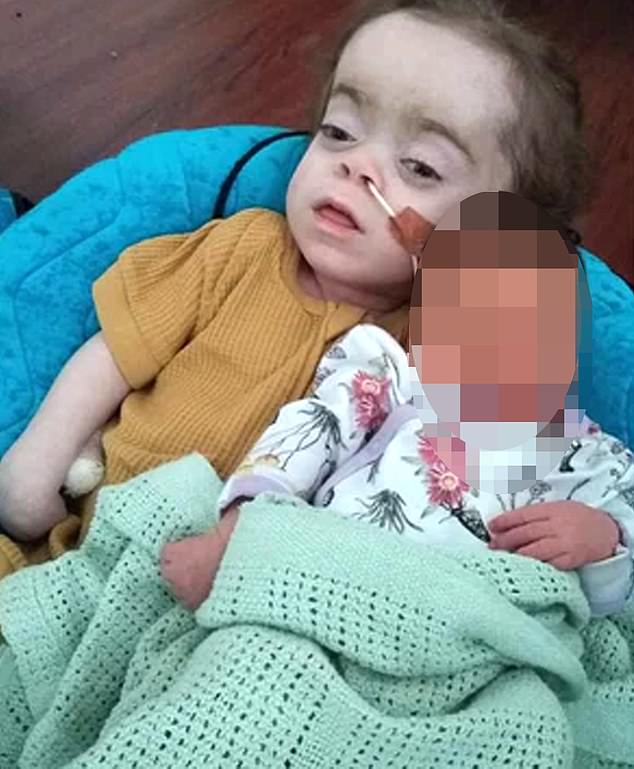 Sebastian is the youngest person in NSW to die from Covid and was among the record 18 the state reported to have died from the virus on Monday.

The number of people hospitalised with the virus also increased by 103, to 2,030.

Of those, 159 are in intensive care. Half are unvaccinated and 47 people are on ventilators.

As pressure on the health system mounts, Dr Kerry Chant is urging those at greater risk from COVID not to delay getting a diagnosis, and asked everyone to monitor for breathlessness, so health staff can intervene early.

‘We don’t expect young people to get breathless or dizzy and that’s a sign you really need to escalate your care,’ she said.

Young children can now be vaccinated against COVID-19, with the first five-to-11-year-olds receiving their initial dose on Monday.

An estimated 2.3 million children in the demographic are now eligible for the Pfizer vaccine, with three million doses being distributed across the country. 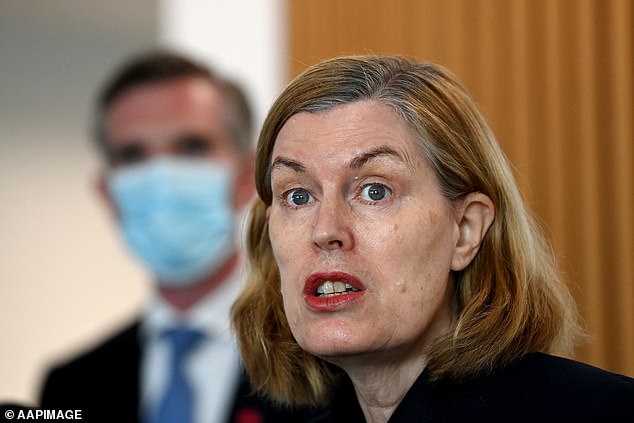 Prime Minister Scott Morrison said he was confident the vaccine rollout for children would be managed well and doses would be freely available.

‘There are 6,000 places where people can go (for a child vaccination),’ the prime minister said Canberra on Monday.

‘There are 835,000 vaccines in those places right now as of last Friday and more would have been added to that since then – if you can’t get it from where you would normally go, know there are other places where the vaccines are on the shelves.’

The Pfizer vaccine for five-to-11-year-olds is being distributed in orange-capped vials to differentiate it from other vaccines and will be given in two doses at least eight weeks apart.

The government is hoping children will receive their first dose of the vaccine before schools resume at the end of January.