‘Do as I say, not as I do’: Victorian government ministers are blasted after being caught breaking their OWN mandatory mask laws during Melbourne’s hated lockdown

On the same day the Victorian government backflipped on its decision to ease face mask restrictions, state ministers were embarrassingly caught out breaking their own laws at Parliament house.

Face coverings will remain mandatory across the state in both indoor and outdoor settings – despite any evidence of outdoor Covid transmission during the current outbreak which has now climbed to 78 active cases.

Acting Premier James Merlino was set to scrap the rule with lockdown restrictions to be wound back at midnight, but after four mystery cases were recorded in Melbourne’s north on Wednesday, he announced face masks must still be worn at all times.

Just hours later several Labor Party ministers were found unmasked in their parliamentary offices, causing outrage among long-suffering Victorians who labelled their leaders a ‘do as I say not as I do government’.

Disability, Ageing and Carers Minister Luke Donnellan was forced to apologise after being spotted on video without a mask chatting to staff in an office. 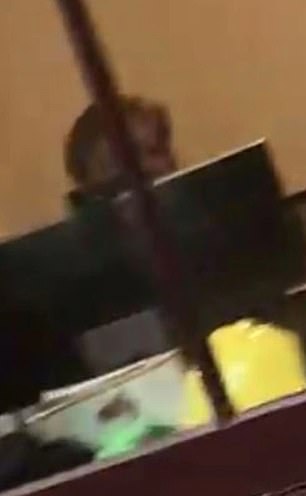 Disability, Ageing and Carers Minister Luke Donnellan (pictured left and right) was forced to apologise after being spotted on video without a mask chatting to staff in an office 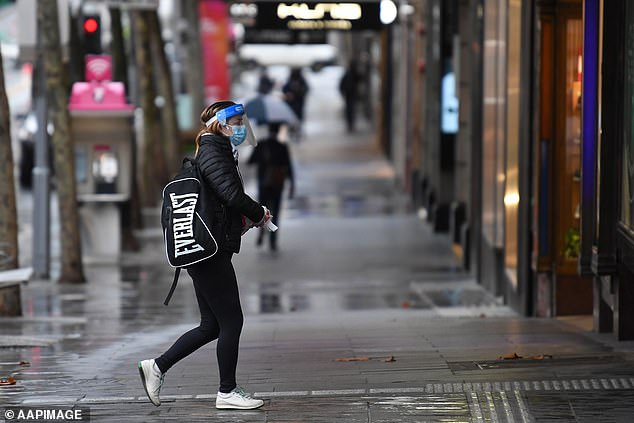 ‘The rules are there for a reason and I unreservedly apologise,’ he said.

A parliamentary staffer told the Herald Sun they saw Agriculture Minister Mary-Anne Thomas at the table without a mask, and another senior politician unmasked in a Parliament House hallway.

Ms Thomas’s office said she was not wearing a mask because food was being consumed at the time – in line with the state’s rules.

‘These are the very ministers that are telling Melburnians that they must wear masks inside and out,’ the staffer said.

‘They are a ‘do as I say, not as I do’ kind of government. It makes my blood boil to think these very people are the ones making these rules and they chose to flout them.

‘It’s a joke and if Victorians could see how these ministers acted behind closed doors, they’d be bloody furious.’ 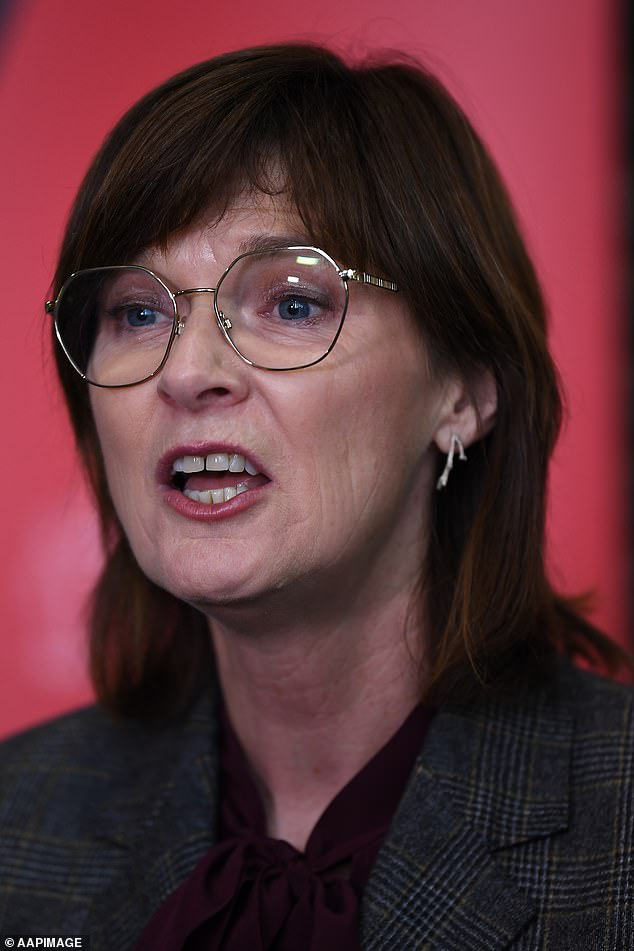 A parliamentary staffer said they saw Agriculture Minister Mary-Anne Thomas (pictured) at a table without a mask. She said she was eating food at the time and therefore not breaking rules

Since the Covid pandemic hit Australian shores, Victoria has suffered some of the world’s harshest restrictions with four Stage Three lockdowns including the brutal 112-day stay-at-home order last year.

Mr Merlino at his Covid briefing today said on the issue of face masks: ‘It’s a little inconvenient but it’s an easy thing to do.’

Liberal Party opposition Health spokeswoman Georgie Crozier said there is one rule for the government and another for the rest of Victoria.

‘The government is making the rules that we all have to live by, and berate us if we don’t,’ she said on Twitter.

‘Yet the same decision makers arrogantly flout them. Such hypocrisy.’

But there has also been accusations about flouting mask restrictions on the other side of the political aisle as well with claims Liberal MP Matthew Guy had also breached the rules.

A spokesman for Mr Guy has rejected the claims calling them nonsense. 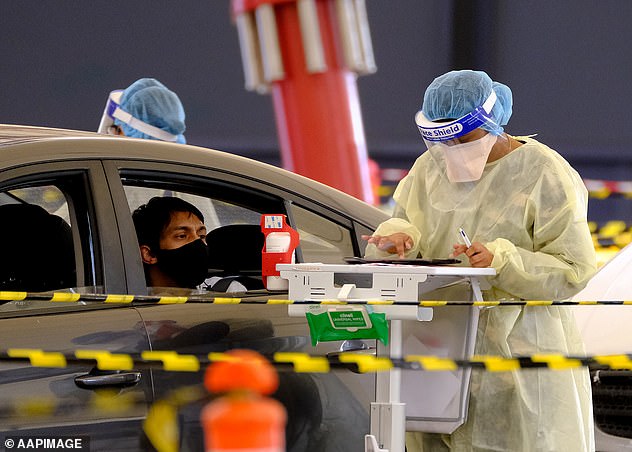 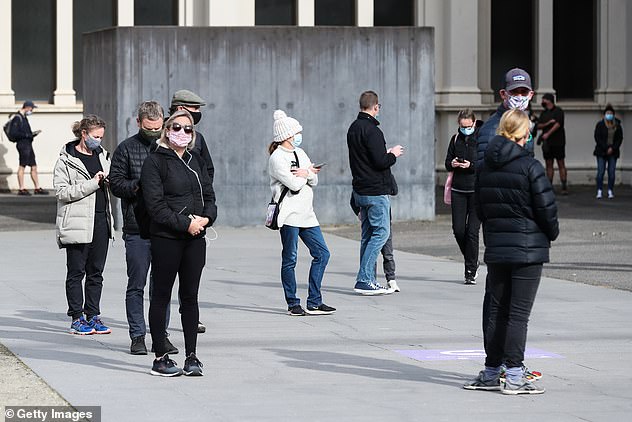 NEW RULES FOR MELBOURNE AND VICTORIA FROM FRIDAY 00.01

What you can do:

Travel 25km from your house

Have an outdoor gathering with up to 10 people

Go to school for face-to-face learning

Go to restaurants and cafes to reopen, with a maximum 100 people outside and 50 people inside

Go to retail shops, with a one person per four square metre density limit

Get your hair done with a mask on

What you can’t do

Have a party, stand at bars, go to a nightclub or concert

Have any guests round to your house

Go to the gym

Travel further than 25km from your home unless in exceptional circumstances

Regional Victoria – already subject to the above rules, but with extra easing

Visit another home, with a cap of two adults per household

Gather in pubic with up to 20 people

Attend a religious ceremony, with a cap of 150 people outdoors or 75 indoors