A Covid-19 conspiracy theorist has avoided a conviction for failing to hand over her driver’s licence or state her name and address to police during Victoria’s lockdown.

Police smashed Eugenia Limberiou’s car window and dragged her out of the vehicle in a dramatic arrest at Carlton’s Rathdowne Street in July last year.

The 29-year-old, also known as Eve Black, was fined $1652 for breaching the COVID-19 public health orders in place at the time.

Limberiou, who was once a stripper,  faced Melbourne Magistrates Court on Thursday, where she was fined $200 but avoided a conviction after pleading guilty to failing to produce her driver’s licence or state her name and address.

Eugenia Limberiou, also known as Eve Black, has been fined $200 but escaped conviction

She pleaded not guilty to a separate charge of providing a false name and address to police.

This charge was dropped after the court was told that the original police statement said she refused to answer questions but did not mention providing a false name or address.

In court documents police said Sergeant Matthew Davey made repeated requests for Black to give her name and address and hand over a driver’s licence. 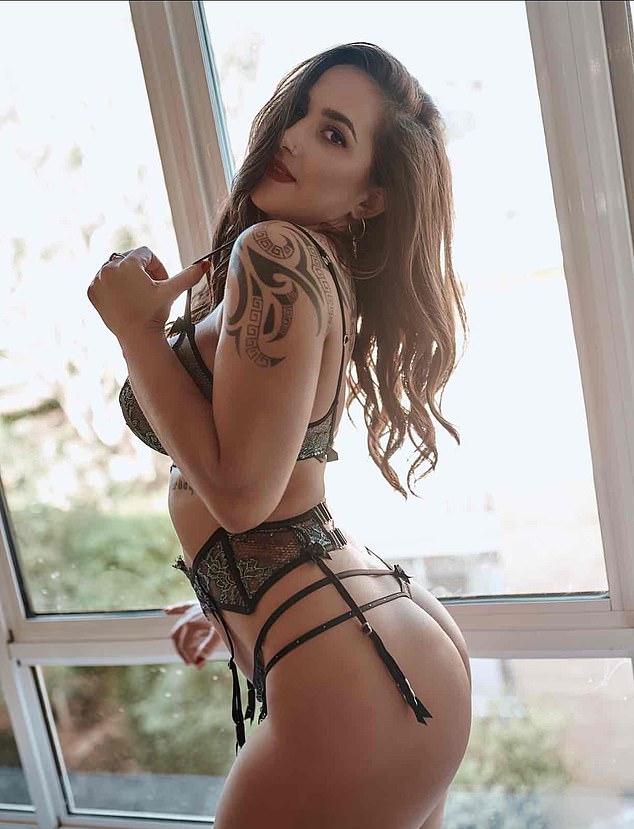 ‘She was argumentative and uncooperative, and wound up the window and locked the door, refusing to acknowledge or respond to police requests,’ police said.

The sergeant said he told Black if she refused to comply with the request they would forcibly enter her vehicle and that he shattered her driver’s side window after she refused.

‘The accused (was) then removed from the vehicle, handcuffed and arrested,’ police said.

‘After a short time the accused provided her name and provided an address.’

Limberiou had earlier come to Victoria Police attention days earlier after filming herself driving through a police roadblock.

She infamously gloated in a Facebook video about making it through the roadblock without telling officers where she was going.

She tried the same trick again in the inner-city suburb of Carlton a week later but was far less successful. 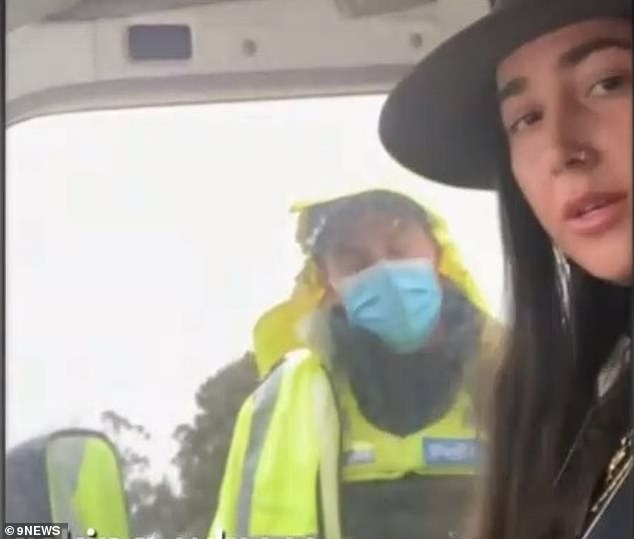 Eve  Black faced court over  failing to provide driver’s licence or state her name and address to police in inner-city Melbourne during lockdown un July 2020. Days earlier, she infamously gloated in a Facebook video about making it through a police roadblock