A self-proclaimed witch who was the original ‘Bunnings Karen’ has proudly attended violent anti-vaccine protests in Melbourne.

Covid denier, Lizzy Rose, was one of thousands who protested against vaccine mandates for construction workers outside the CFMEU headquarters on Monday.

‘Oracle Lizzy’, as she calls herself, is no stranger to pushing anti-vaccination and controversial Covid-19 views to her followers and urged all Victorians to join her at another demonstration on Tuesday.

‘Join us tomorrow as we stand again, united against mandatory vaccination for ALL employees,’ the mother-of-five wrote with details of the protest to Instagram on Monday.

‘This ends when WE end it. Don’t let Daniel Andrews decide when you die.’

Covid denier, Lizzy Rose, (left) was one of hundreds of who turned out to protest against vaccine mandates for tradies outside union CFMEU’s headquarters on Monday 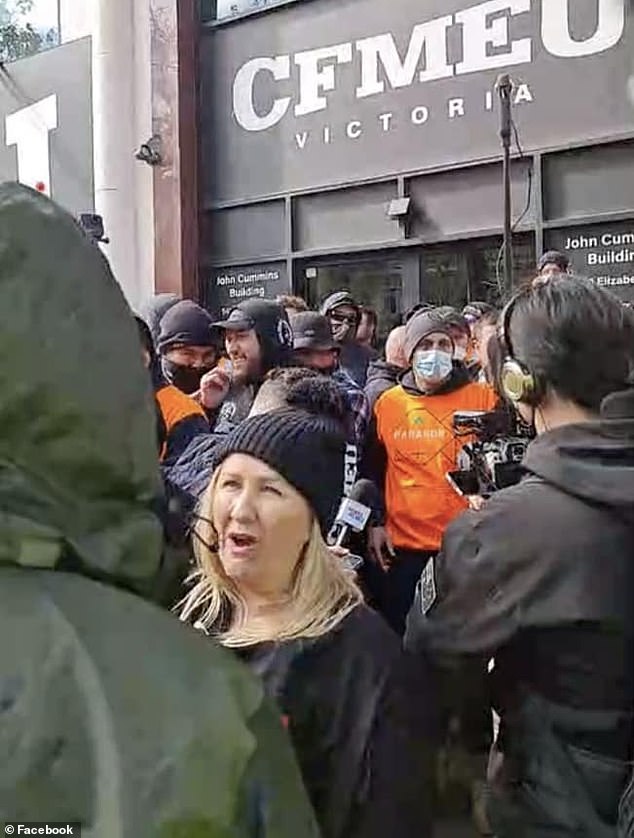 Photos from the event show a maskless Ms Rose standing outside the CFMEU office surrounded by protesters in high-vis vests and jackets.

The rallies quickly turned ugly with many hurling abuse at CFMEU boss John Setka and smashing the windows of the union’s office.

Victorian Premier Daniel Andrews shut down the construction industry altogether on Monday night, prompting even more backlash and a second protest on Tuesday.

Ms Rose became infamous last year during the state’s deadly second wave after she posted a video on her Facebook page declaring she would continue to travel through several Melbourne suburbs a day without wearing a mask.

Other videos showed her burning face masks in a fire pit and walking into a Bunnings and arguing with staff about not being allowed in without one. 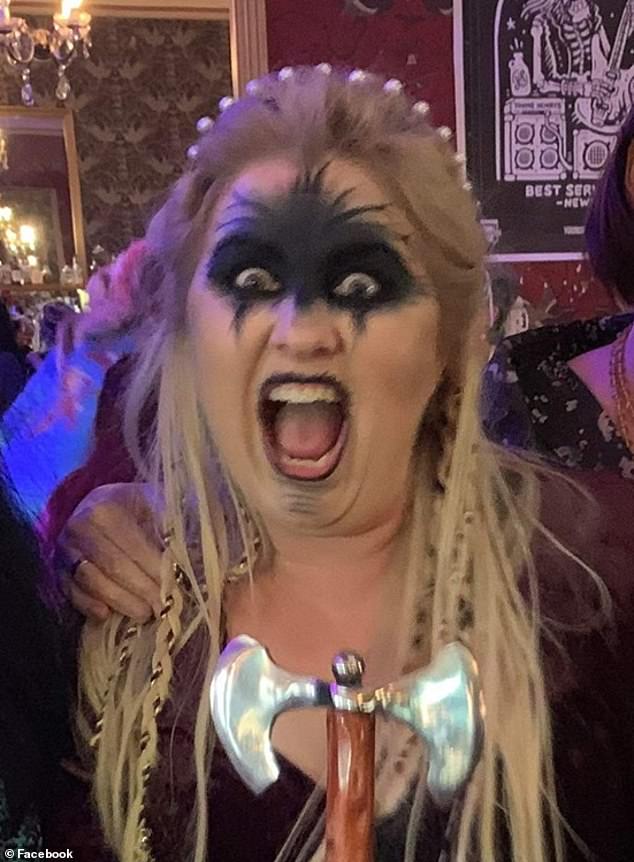 Lizzy Rose hams it up while dressed as a Viking Queen. She had been trying to get items for a Viking fire pit when she ran into trouble at her local Bunnings last year

Her antics were condemned across the country and she was labelled ‘Bunnings Karen’.

Earlier this month she was given 45 minutes to air her wacky views on a major breakfast Gold Coast radio station Sea FM.

Ms Rose was invited to speak with hosts Bianca Dye, Dan Anstey and Ben Hannant on the program ‘Unpopular Opinion: Covid Is A Conspiracy, Do Not Get Vaccinated’.

She energetically laid out her absurd belief that Covid-19 is an evil plan devised by shadowy world leaders.

‘It’s a takeover of humans,’ she confidently told listeners. 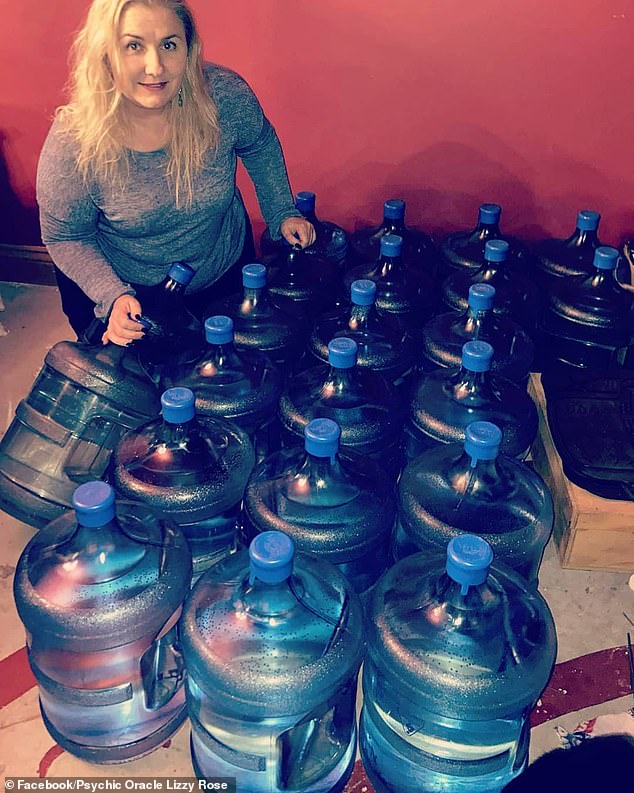 Lizzy Rose has prepared for the great ‘Blackout’, which will descend on Australians in 2023, she claims in a wild online rant

‘A depopulation and a takeover of who is left and it all comes down to money, power and transforming everybody into a digital system.’

One of her ridiculous theories was the well-worn conspiracy that authorities plan to injecting microchips in to people via vaccinations so they can be controlled – claiming Mr Andrews was playing a very hands-on role.

In another outrageous claim, Ms Rose said she had stood in virus hotspots and ‘tried’ to contract Covid but that ‘it’s impossible’.

One of her more shocking performances was when she filmed herself supposedly putting a ‘hex’ on Mr Andrews.