An infected Sydney tradie who ignored border bans and travelled to Queensland where he triggered a major Covid scare has shown no remorse.

George Thompson, 26, was fined almost $10,000 for flouting lockdown laws and only escaped a criminal charge because police wanted to ‘deal with it immediately’.

He insists he had no clue he had Covid and when asked if he understood why people were angry he said that reaction was ‘fair enough’ but he wasn’t fazed by what others thought of him.

‘I just wanted to get out of [Sydney]… let them think what they want,’ he told Nine News.

He flew from Sydney – in the midst of the city’s hard lockdown – to Ballina on the NSW North Coast, where he was met by Qantaslink flight attendant Malynda Gray, 36.

She then drove him across the border where he used someone else’s details to check into venues around Brisbane.

He was then pinged as a close contact of Ms Gray when she tested positive for the Delta strain and was put into hotel quarantine for a day, tested, and moved to hospital. 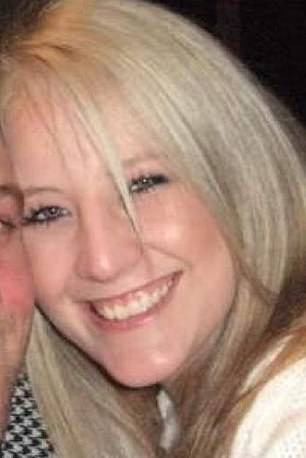 Thompson was put in hotel quarantine in Brisbane where police said he opened the door to his room and verbally abused staff while not wearing a mask.

Thompson allegedly continued to open his door without wearing a face mask after being told he had the Delta strain.

Queensland authorities later found out NSW Health already told him he had Covid and that he was actually the one to infect Gray.

Thompson was tested after being a close contact of a Sydney case but instead of self-isolating for 14 days he made the interstate trip.

Police also issued Gray a $4,135 fine for failing to comply with a border direction for driving him into the state.

Gray, 36, who also goes by Mel Waterhouse, was previously revealed as the flight attendant who moved around in southeast Queensland for a week after getting Covid symptoms, The Courier-Mail reported.

She felt ill on July 13 but then visited several locations in Brisbane and the Gold Coast, including Dreamworld. She then tested positive Covid on July 22.

Police said she was not fully co-operative with contact tracers in detailing her movements. ABC News reported she also refused to give police Thompson’s name.

On Thursday night, Queensland Health added another location to the list of exposure sites, the Black Swan Coffee at Q Super Centre in Mermaid Waters on the Gold Coast, between 1.40pm and 2pm on July 23.

Police used CCTV footage from a hotel in Caboolture that the pair visited on July 18 as they tried to identify Thompson.

Neither Gray nor Thompson were charged and police have not confirmed the nature of their relationship. 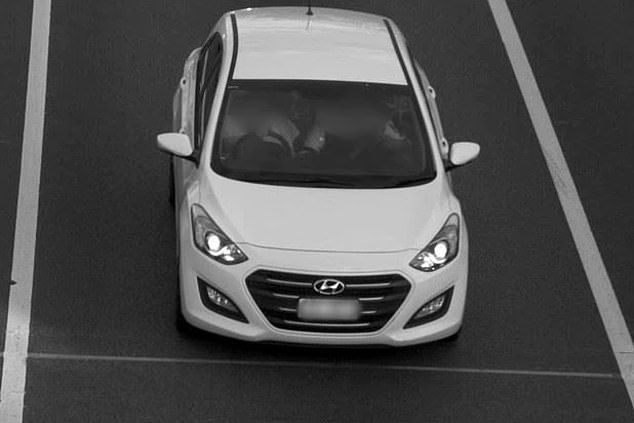 Gray picked up Thompson from Ballina on July 14 and drove him into Queensland, breaching Covid border restrictions and drawing a $4,000 fine 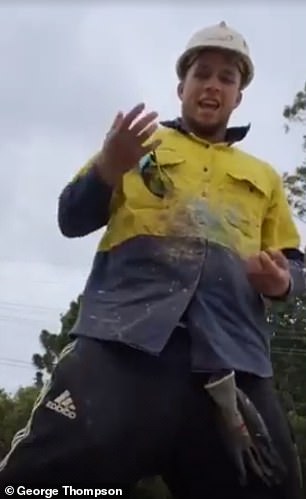 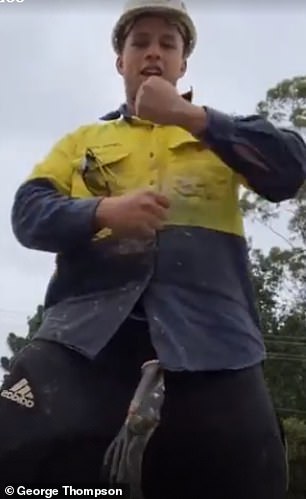 Thompson (pictured) was slapped with nearly $10,000 in fined because police didn’t want to get bogged down in court

Gray in 2017 claimed to have dated cop killer Ricky Maddison, who gunned down  Queensland policeman Brett Forte in 2017.

Maddison fired two full magazines at police cars during a pursuit from Toowoomba to the Lockyer Valley, killing Senior Constable Forte. He was later shot dead by police after a 20-hour siege.

It was earlier feared Gray spread the Delta strain across Queensland after she crewed on six Qantas Link flights to regional centres including Gladstone, Longreach and Hervey Bay on July 11 to 12.

Concerns were allayed when it became clear Gray likely contracted Covid from Thompson after she’d worked on the flights. 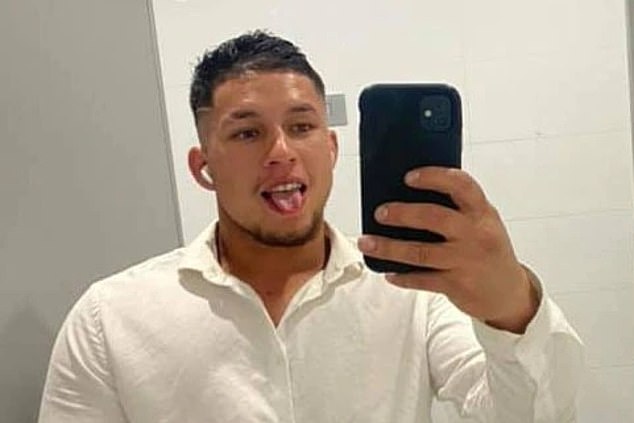 Thompson, 26, the Sydney tradie who was meant to be isolating in Sydney after being a close contact of a Covid case but instead travelled to Ballina to meet with Gray on July 14

HOSTIE AND THE TRADIE: HOW IT HAPPENED

July 12: Sydney tradesman George Thompson received negative result on his Covid test from a private pathology clinic, having earlier been identified as a close contact of another case and ordered to self-isolate for 14 days

July 14: Ms Gray drove to Ballina in northern NSW to collect Sydney tradesman George Thompson from the airport. They drove back to Tugun on the Gold Coast, and then to Brisbane on the same day

July 15-17: Numerous locations across Brisbane and the Gold Coast were allegedly visited by the pair either alone or together, including three barbers and a sex shop in Chermside in Brisbane’s northern suburbs

July 18: The pair visited the Sundowner Hotel in Caboolture, near Brisbane, where police later use CCTV to help identify Mr Thompson

July 20: NSW Health were made aware that Mr Thompson’s Covid test result was, in fact, positive

July 22: Ms Gray returned a positive Covid test. He was placed in hospital quarantine in Brisbane