In an unprecedented late night update NSW Health has added a number of new exposure sites to its growing list mere hours after more than 30 other venues were flagged, with two medical centres, a Kmart store, Coles and Aldi coming under fire just before midnight.

Sydney’s southwest and western suburbs have made the list of new threats, with a KFC at Rockdale and Coles at Kareela worrying contact tracers late on Saturday evening.

Anyone who has visited either venue during those times has been ordered to immediately get tested and isolate for 14 days.

A number of other sites were included in an urgent alert at 5.30pm on Saturday bringing to total number released in just five hours to 46.

Residents who visited Direct Trade in Merrylands on Saturday July 3 between 2.20pm and 2.50pm, Freshness 4 Less in Fairfield the following day between 12 and 1pm, and Benedict Recycling in Chipping Norton on Monday July 5 from 10.50am to 12pm are also a close contact of a known case and will need to isolate for 14 days after getting tested.

After a record-high day of Covid cases, Sydney has been hit with a new list of exposure sites right across the city 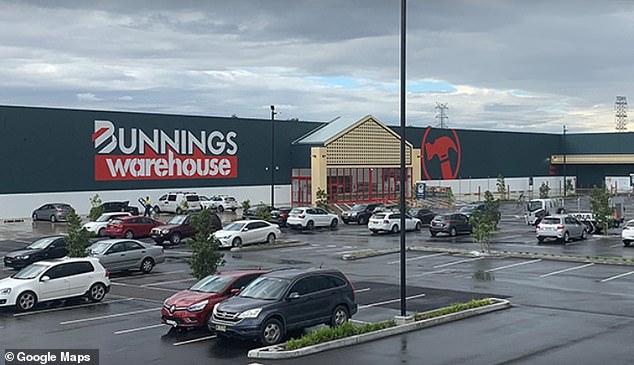 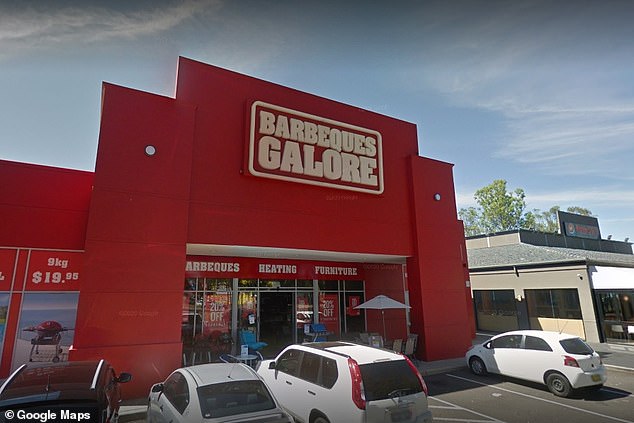 Meanwhile a Barbecues Galore at Penrith was listed and anyone who visited on Tuesday July 6 between 3 to 3.15pm is considered a close contact

The same rules apply for residents who walked into a Barbecues Galore on Tuesday July 6 in Penrith from 3 to 3.15pm, the Butcher Shed in Moorebank Shopping Centre on the same day from 1pm until 1.15pm, Bupa Dental in Miranda on Wednesday July 7 from 10.50am to 12.10pm and Chemist Warehouse in Punchbowl on Thursday July 8 from 9.20am to 9.40am.

A further 22 venues were listed on the government’s Twitter page in suburbs including Coogee, Maroubra, Padstow, Sans Souci, Menai and Revesby, cementing the state’s worst fears – many of our favourite retailers have been affected right across the city and its surrounding suburbs.

One of Sydney’s most popular shopping centres was put on alert earlier in the day after a confirmed Covid-19 case visited several of its stores.

Anyone who attended the following venues at the listed time is regarded a close contact. They must get tested and isolate for 14 days, regardless of the result, and call 1800 943 553 unless they have already been contacted by NSW Health.

Greenacre: St Peters Cafe on Wentworth, 29 Wentworth Street, Monday July 5 from 6am to 6.30am.

Punchbowl: Chemist Warehouse on Thursday July 8 from 9.20am to 9.40am.

Anyone who attended the following venues at the listed time is regarded a casual contact. They must get tested immediately and isolate until a negative result is received. 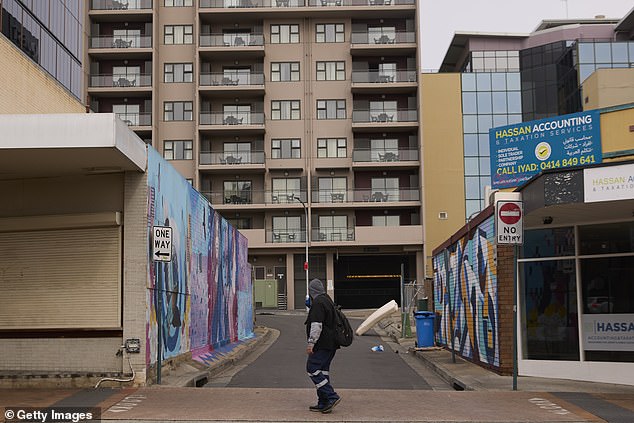 Locations around Sydney are baren and Liverpool is no different, as only one man was seen out on this street walking with a mask on 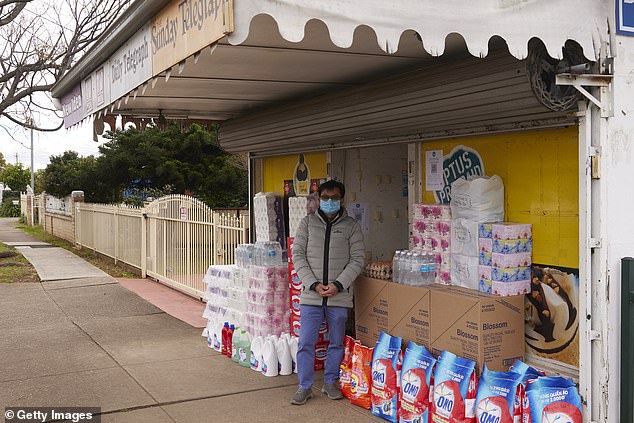 This Liverpool store owner said he had no customers all day,  as people follow the lockdown conditions applied to Sydney by the NSW Government 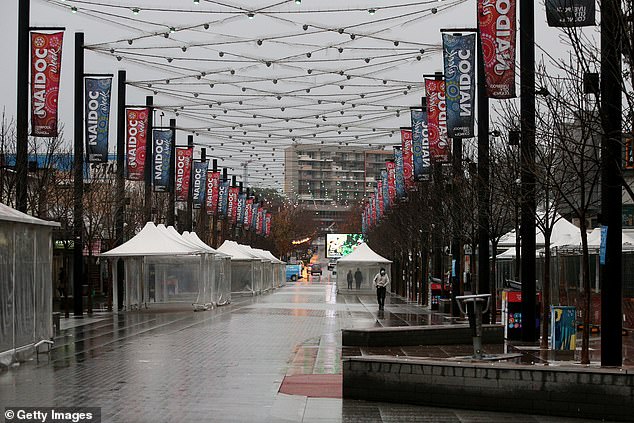 Anyone who visited the centre as a whole during those times has been urged to get tested if symptoms appear and isolate until a negative result.

‘NSW Health has advised that the customer was diligent in wearing a mask and checking in at all locations and we thank all of our customers who continue to do this to assist NSW Health in their contact tracing efforts,’ the centre said. 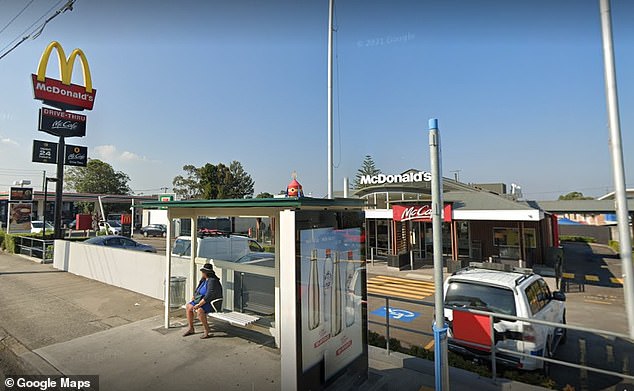 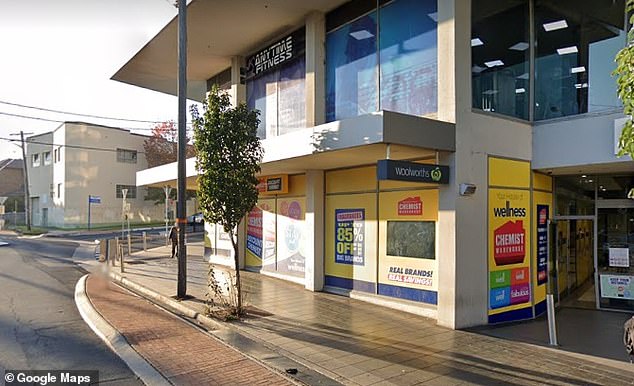 Chemist Warehouse in Punchbowl, below an Anytime Fitness, is an exposure site on Thursday July 8 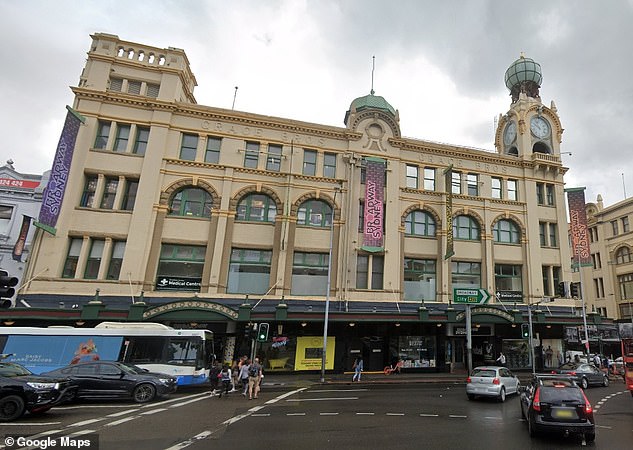 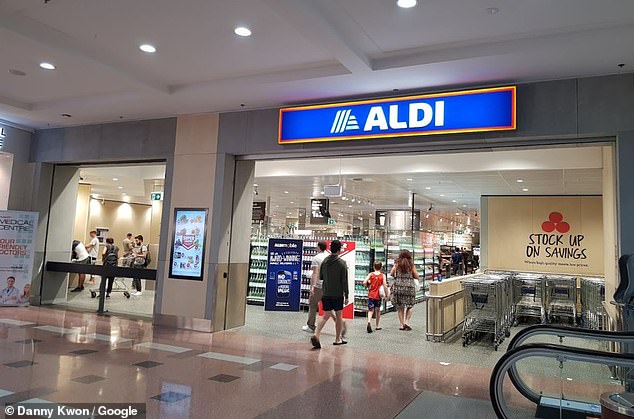 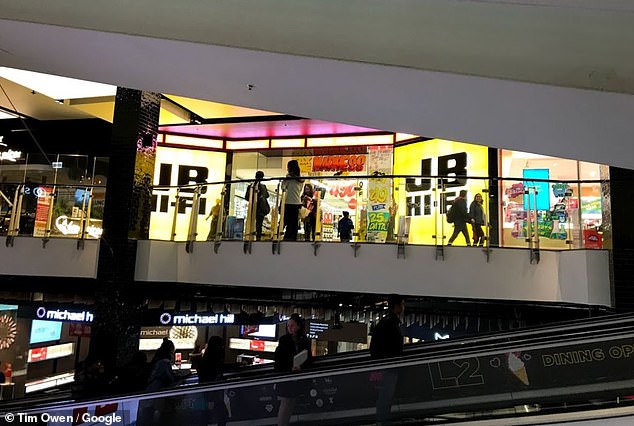 ‘The Centre undergoes a full deep clean each night as part of our regular cleaning regime introduced at the onset of the pandemic to assist in protecting our community and will undertake additional measures following the confirmation of a contact.’

New South Wales recorded 50 new coronavirus cases on Saturday following three-consecutive days of record numbers as the premier warned ‘things are going to get worse before they get better’.

Premier Gladys Berejiklian confirmed the new cases in a press conference in Sydney after introducing further restrictions on the current stay-at-home-orders on Friday.

She says ‘most concerningly’ there were 26 active cases in the community, saying too many residents were ‘cutting corners’ and ‘flouting the rules’.

‘That is the number we need to get down to as close to zero as possible,’ Ms Berejiklian said.

‘When you know that there are 26 cases infectious in the community, the only conclusion we can draw is that things are going to get worse before they get better.’

She also hinted that the Greater Sydney lockdown, which is entering its third week, is likely to be extended. 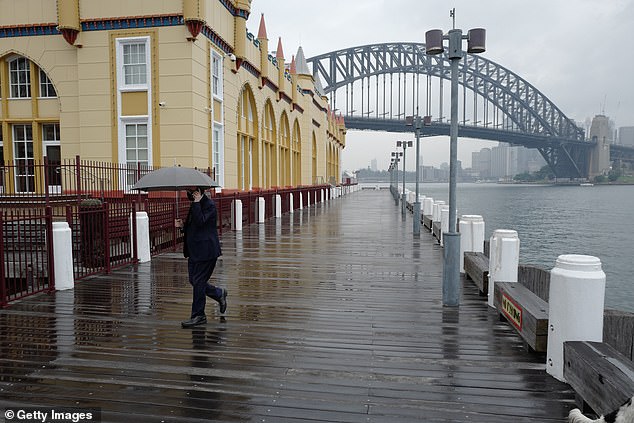 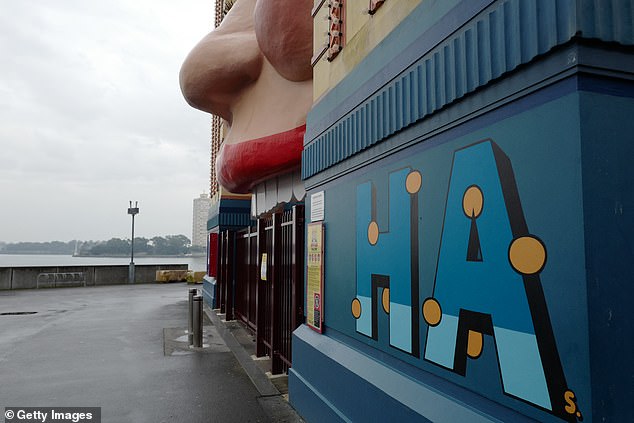 Sydney’s Luna Park is closed, in accordance to NSW lockdown restrictions as Sydney are fighting to contain the delta variant of coronavirus

‘I think it is pretty clear that unless we reduce that level of people in the community that are infectious, we won’t be able to turn things around as quickly as we can or as quickly as we should,’ the premier said.

Chief Health Officer Dr Kerry Chant said there are 47 people in hospital being treated for the virus with 16 in intensive care including a teenager, a person in their 20s and person in their 30s.

Of the 47 in hospital, 37 were unvaccinated. No one that has been double vaccinated is currently in hospital.

Police issued more than 160 fines for breaching protocol in the last 24 hours, including eight people being busted for throwing a house party in Sydney’s east.

NEW: USE DAILY MAIL AUSTRALIA’S TRACKER TO FIND THE LATEST EXPOSURE SITES NEAR YOU 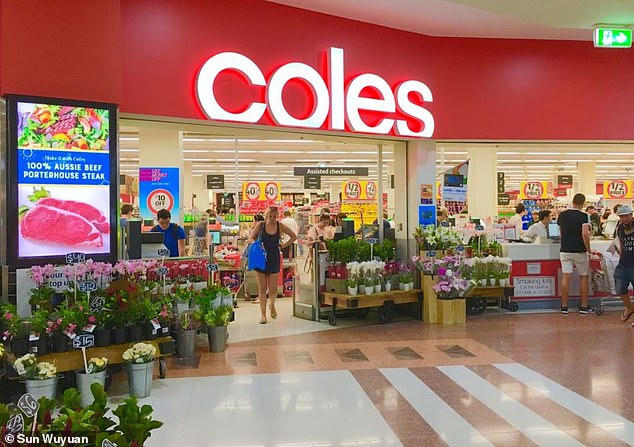 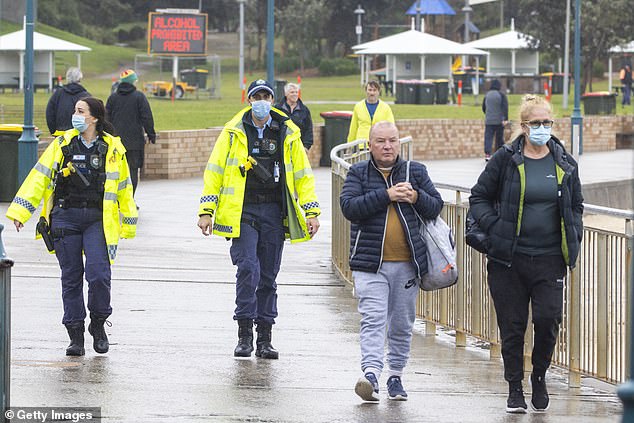 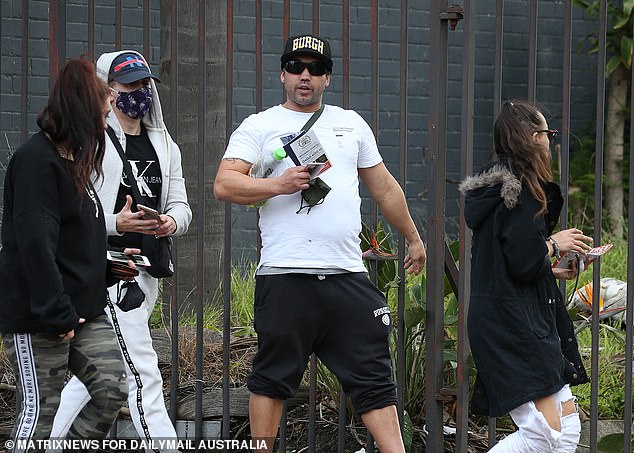 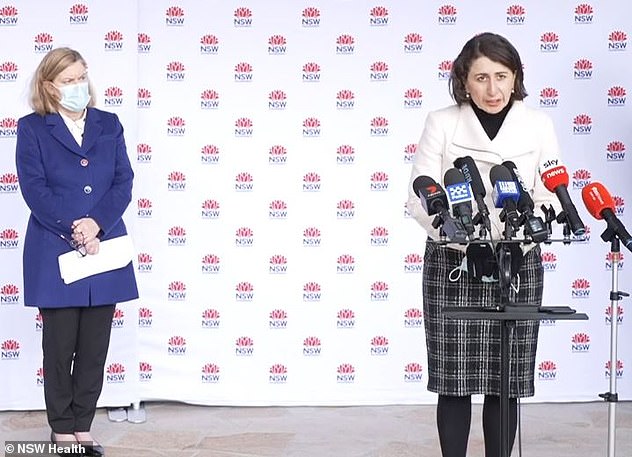 Ms Berejiklian lamented people giving misleading or untruthful information when being contacted by NSW Health officials, pleading for Sydneysiders to be honest with their actions and exposure.

‘One message I really want to get across to people who have been diagnosed with COVID, please tell us the truth the first time around,’ she said.

‘When people withhold information, it means that their contacts are infectious – potentially infectious in the community. Eventually our health contact tracers get to the truth.

‘Please tell the truth from the first minute rather than after repeated conversations, because otherwise you put your closest family and friends at the greatest risk, and that is something we don’t want to see.’ 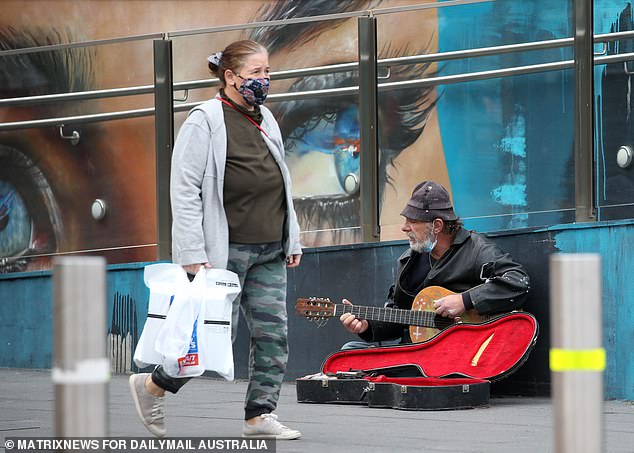 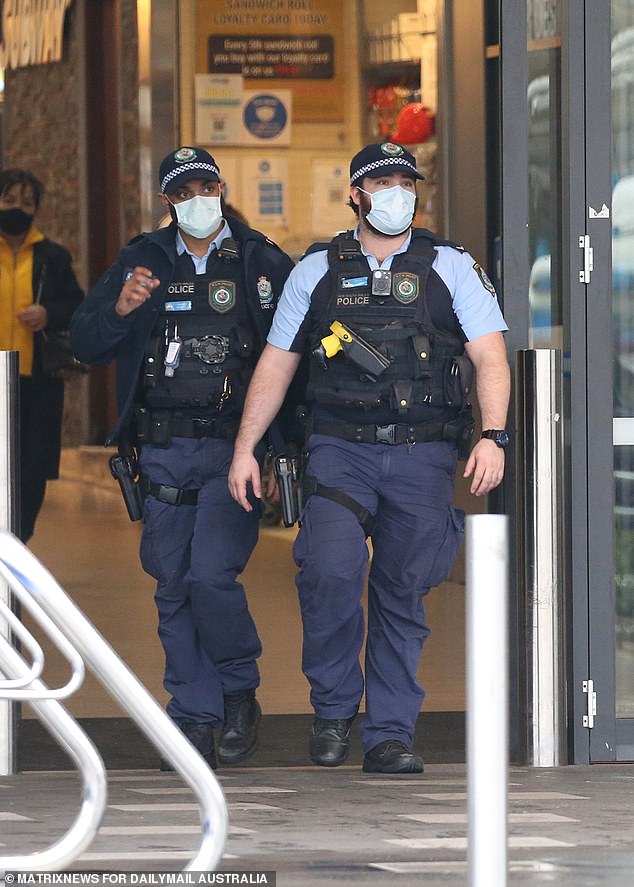 There were 38 new cases announced Thursday and 44 Friday.

There are currently 47 people who have been hospitalised as a result of the virus, with Dr Chant urging people to take it seriously.

‘I think what we are seeing is chains of transmission and we are having difficulty getting ahead of those chains.’

She confirmed the teenager currently suffering from the virus in ICU is not on a ventilator.

Police confirmed 167 fines were handed out in the last 24 hours, including a party in Randwick in Sydney’s east involving eight men.

There was also a party in The Entrance on the Central Coast involving five adults and a minor.

Out of the fines, 67 came from Sydney’s south-west – an area being targeted extensively by police to attempt to slow the virus’ spread.

Deputy Commissioner Gary Worboys said police will continue their high-visibility movement in the suburbs despite claims of racism and double standards.

There were 72 people fined for failing to wear masks and 96 for leaving home without a reasonable excuse. 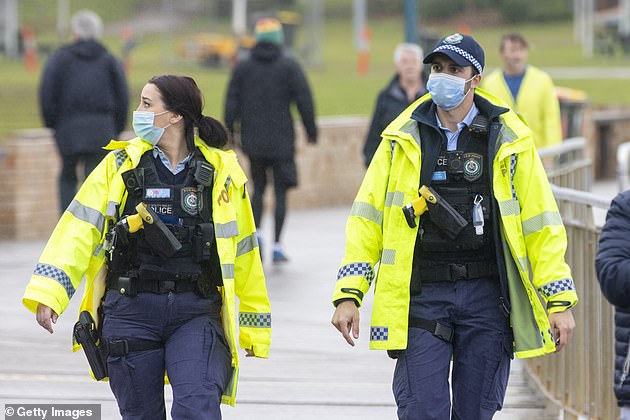 Ms Berejiklian lamented people giving misleading or untruthful information when being contacted by NSW Health officials, pleading for Sydneysiders to be honest with their actions and exposure 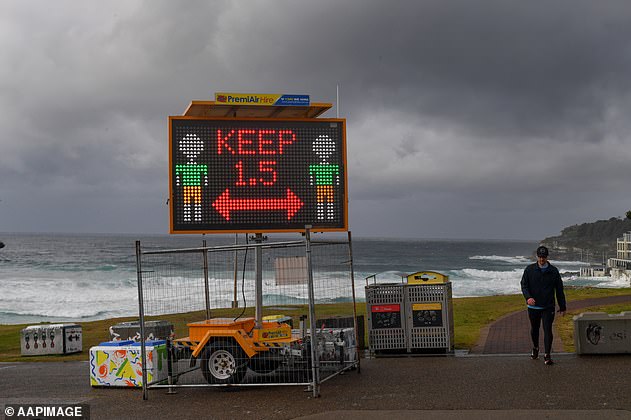 There were 38 new cases announced Thursday and 44 Friday, both the highest days recorded since the start of the pandemic 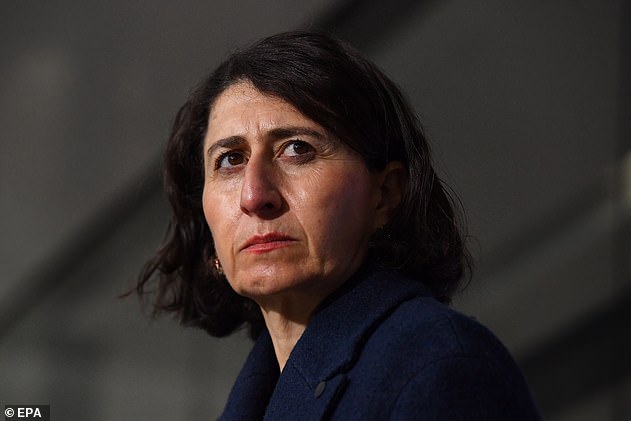 ‘I think it is pretty clear that unless we reduce that level of people in the community that are infectious, we won’t be able to turn things around as quickly as we can or as quickly as we should,’ the premier said 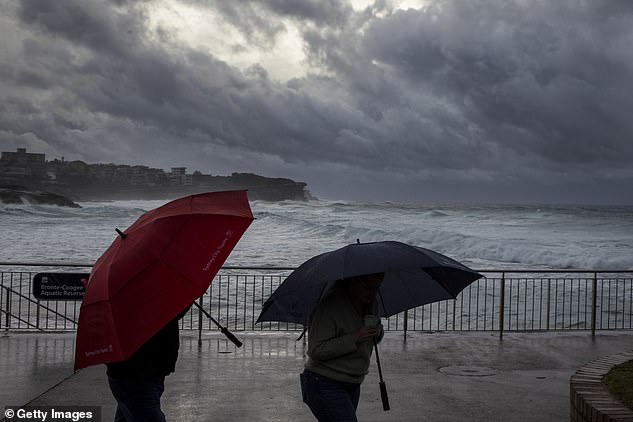 The announcement comes as five million Sydneysiders could be stuck in lockdown until at least August, a leading infectious disease expert has claimed.

Professor Mary-Louise McLaws said it would take ‘at least a month’ to get Covid numbers down and even longer to eliminate community transmission completely.

‘You expect cases, sadly, in family clusters, but the ones outside isolation are the ones that are telling you there’s a lot of circulating virus,’ she told Weekend Today.

‘My projections are that it’s going to take at least a month to get those down.’

Professor McLaws said it was concerning to see over half of the new Covid cases detected not having isolated.

‘At the moment that (proportion has) been very high, anywhere between a half of all people diagnosed to 60 per cent – and that has to get down to zero.’

Her grim warning comes as tensions mount in south-west Sydney, where 100 extra police officers have been sent to ensure compliance in worrying Covid hotspots.

Furious residents in the targeted local government areas – Fairfield, Canterbury-Bankstown and Liverpool – have questioned why Sydney’s eastern suburbs are not receiving the same police attention.

Under the tough new rules, which came into effect at 5pm on Friday, exercise is limited to groups of two, browsing is banned at shops and residents can still only leave their homes for one of the four essential reasons. 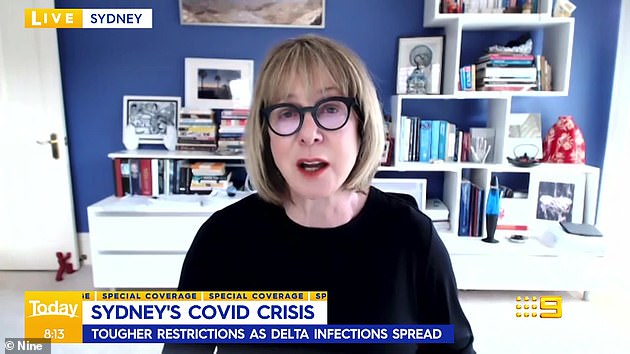 Mary-Louise McLaws, professor of epidemiology at UNSW, claimed it could be five weeks before community transmission of the Indian Delta variant of Covid 19 slows in Sydney 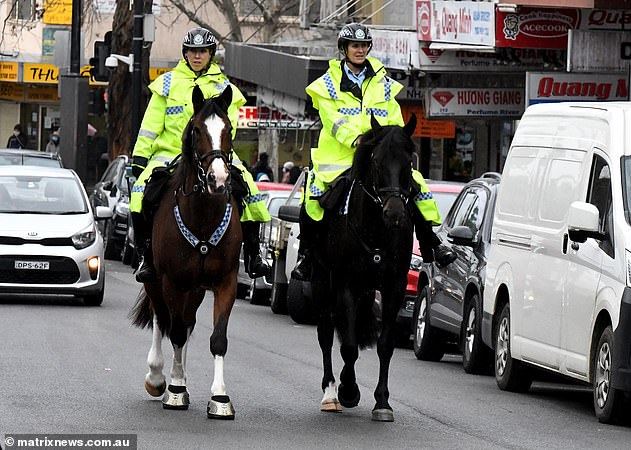 Sydney could be in lockdown until at least August, as tensions mount over extra police attention in the city’s Covid-hit west and south-west