Covid US: California variant accounts for 52% cases there while UK strain TRIPLES in Ohio

Coronavirus variants are continuing to spread across the United States, accounting for more and more cases.

California’s homegrown variant, known as B.1.427/B.1.429, now makes up more than half of infections in the state and 20 to 40 percent of cases in neighboring states.

Meanwhile, the UK variant, known as B.1.1.7, has spread to every single state and makes up nearly one in 10 cases in at least two states.

The Centers for Disease Control and Prevention (CDC) has previously suggested B.1.1.7 would become the dominant strain in the U.S. by March, which so far hasn’t turned out to be the case.

The latest estimate from outbreak.info is that the UK variant accounts for 35 percent of all cases in the country.

At least, 6,638 cases of varying mutant strains have been identified across the country, according to the CDC.

In a press briefing on Monday, CDC director Dr Rochelle Walensky said steps must be taken in light of variants until more people can get vaccinated.

‘I get it. We all want to return to our everyday activities and spend time with our family, friends and loved ones. But we must find the fortitude to hang in there for just a little bit longer,’ she said.

‘We must act now and I am worried that if we don’t take the right actions now, we will have another avoidable surge.’

The prevalence of all coronavirus variants – both those first detected and those homegrown- are spreading across the U.S. 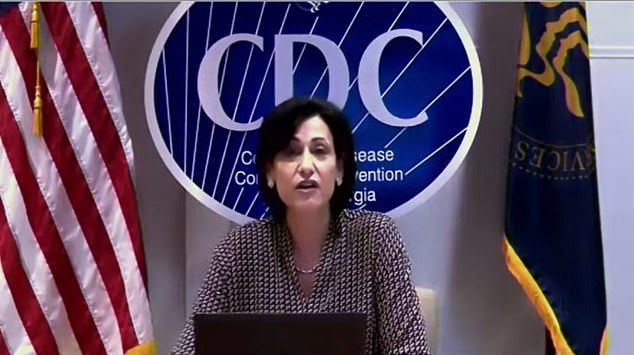 In a press briefing on Monday (pictured), CDC director Dr Rochelle Walensky said steps must be taken in light of variants until more people can get vaccinated

During the press briefing, Walensky discussed the prevalence of the California variant, which was first identified in May 2020 and virtually nonexistent until October.

In a recent study, the University of California, San Francisco looked at 2,172 samples of the virus collected between September 2020 and January 2021 across California.

By January, the new variant accounted for more than 50 percent of all the genetically analyzed coronavirus samples.

Currently, according to Walensky, the variant makes up 52 percent of infections in California, 41 percent in Nevada and 25 percent in Arizona.

Dr Charles Chiu, a professor of laboratory medicine and infectious diseases expert at UCSF, told the Los Angeles Times that the virus appeared to be more transmissible than prior strains by between 19 percent to 24 percent.

In lab studies performed at UCSF, the researchers analyzed genetic material found on nasal swabs that were used to perform coronavirus tests.

They found that B.1.427/B.1.429 produced a viral load that was twice as that triggered by other variants.

That suggest the homegrown variant is better at copying itself more quickly once it gets inside the human body and hijacks its machinery.

Although this hasn’t been tested definitively yet, a higher viral load is a sign that someone infected with the variant might be especially contagious, spreading the virus more efficiently and effectively. 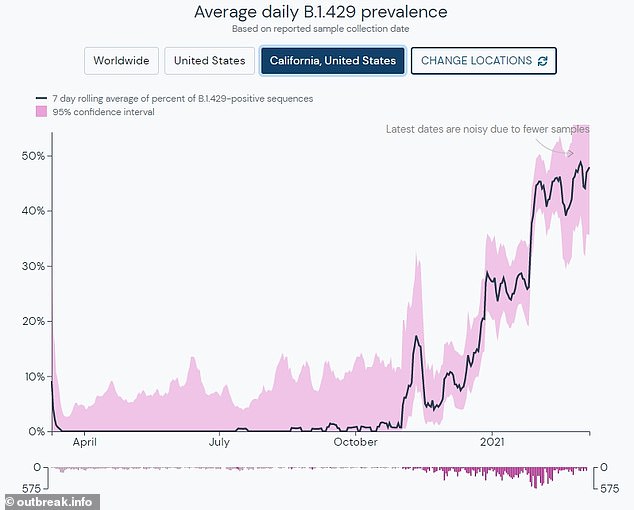 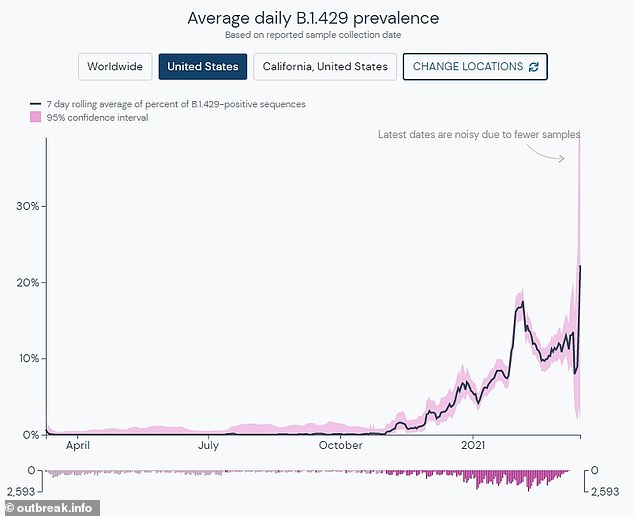 Walensky also discussed the prevalence of the UK variant, which is known as, B.1.1.7 due to the location of its most significant mutations.

It now accounts for at least 80 percent of all cases in Britain and most estimates put it at about 70 percent more infectious than older ‘wild-type’ coronavirus variants.

In a new study published last month, on pre-print server medRxiv.org, a team sequenced 500,000 samples of the virus, called SARS-CoV-2, tested at Helix facilities since July 2020.

Beginning the week of October 18, 2020, just 0.2 percent of daily positive cases appeared to be linked to the UK variant.

The first case was identified in the U.S. on December 31, showing that the variant was in the country much earlier than previously believed.

However, the increase rapidly took off in January. 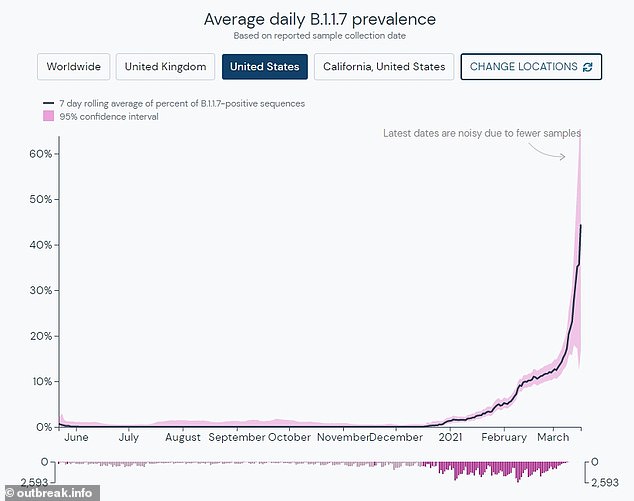 The UK variant, known as B.1.1.7, has also become more widespread, making up 9% of coronavirus cases in New Jersey and 8% in Florida 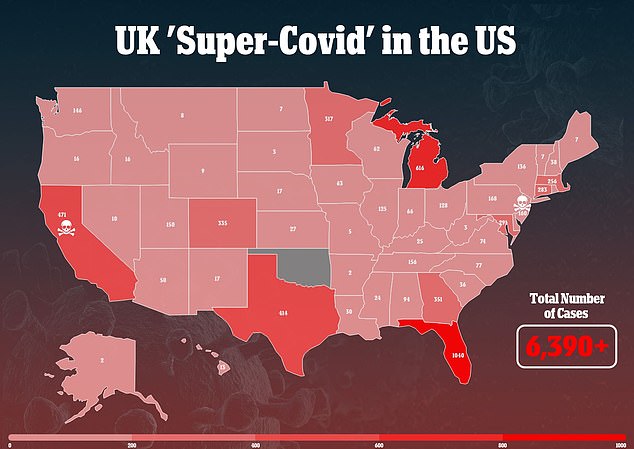 The nationwide proportion of B 1.1.7. cases increased from 0.8 percent of all positive tests during the first week of January 2021 to 3.6 percent in the last week.

According to Walensky, B.1.1.7 accounts for eight percent of all cases in Florida and nine percent in New Jersey.

In addition, cases of the UK variant have tripled in Ohio over the course of two weeks from 33 on March 7 to 128 on Monday.

‘We are frankly in a race and we don’t frankly know what the enemy is doing,’ Ohio Gov Mike DeWine said during a briefing last week.

‘But we do know from talking to the scientists and epidemiologists that they believe the variants are spreading in Ohio.’