Covid US: Fewer than 6,000 new cases recorded for first time since MARCH 2020

Daily coronavirus cases in the U.S. continue to fall to record low levels as more of the population gets immunized against the deadly disease.

Currently, there are an estimated 52 cases per million people, which is a 55 percent decline from the 117 per million reported three weeks ago, and a number not seen since March 20 of last year, according to Our World in Data.

COVID deaths are also falling with just 138 recorded on Monday. Although the figure is slightly higher than the day before, it represents an 65 percent decline from the number reported one month ago.

Health experts say the improving numbers are thanks to vaccination with more than half of the American population having now received at least one dose.

Former hotspots like New York City and Los Angeles are now confidently reopening. In California, people headed to the beach and camping sites for the long weekend.

And although vaccination rates have fallen in recent days, it appears the U.S. is on track to meet President Joe Biden’s July 4 goal of at least 70 percent of the population with an initial vaccine dose.

The U.S. reported a record 5,735 cases on Memorial Day, the lowest number since March 2020 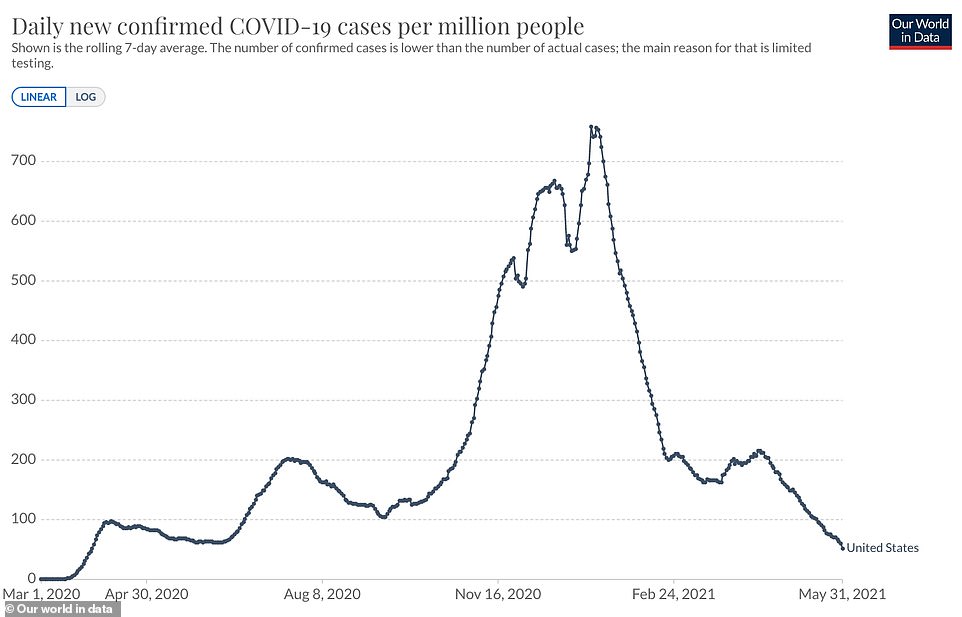 There are an average of 52 infections per million people in the U.S, a 55% decline from 117 per million three weeks ago 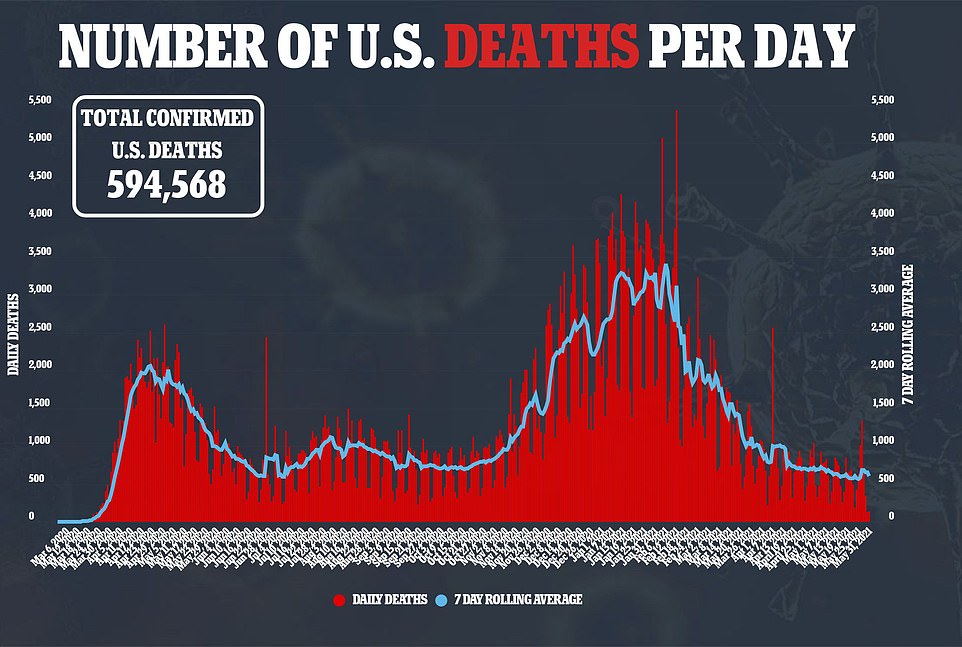 COVID deaths are also falling with 138 recorded on Monday and a weekly average now under 600, a figure not seen in a year

COVID cases continued falling in the U.S. this weekend: on Memorial Day, the country reported just 5,735 cases. This is the lowest number since March 21, 2020, according to a DailyMail.com analysis of Johns Hopkins University data.

The low number may be attributed partially to the holiday, as most Americans would not want to spend Memorial Day getting tested for COVID. But it still reflects promising COVID trends for the past few weeks.

Cases are trending down in almost every state, according to the U.S Department of Health and Human Services (HHS).

Only Wyoming passed that threshold, but even that state reported only 101 new cases for every 100,000 people.

The U.S. reported 138 deaths on Monday – more than Sunday’s number (124), but still trending downward, according to Johns Hopkins.

The seven-day average for new deaths is about 600, a level not seen since March 2020.

About 20,000 Americans are currently in the hospital with severe COVID cases – a fraction of the 120,000-plus patients that the nation saw during the peak of the winter surge.

These low numbers are thanks to vaccination. Just over half the U.S. population has now received at least one dose of a vaccine and 40 percent is fully vaccinated.

More than half of the country has met that national benchmark: In 27 states and D.C., at least half of the adult population is fully vaccinated.

Lotteries for free college tuition in New York and Delaware are geared specifically towards teenagers, ages 12 to 17. Per the CDC, 5.6 million Americans in this age group have received at least one shot. They make up over one-fourth of shots in the past two weeks. 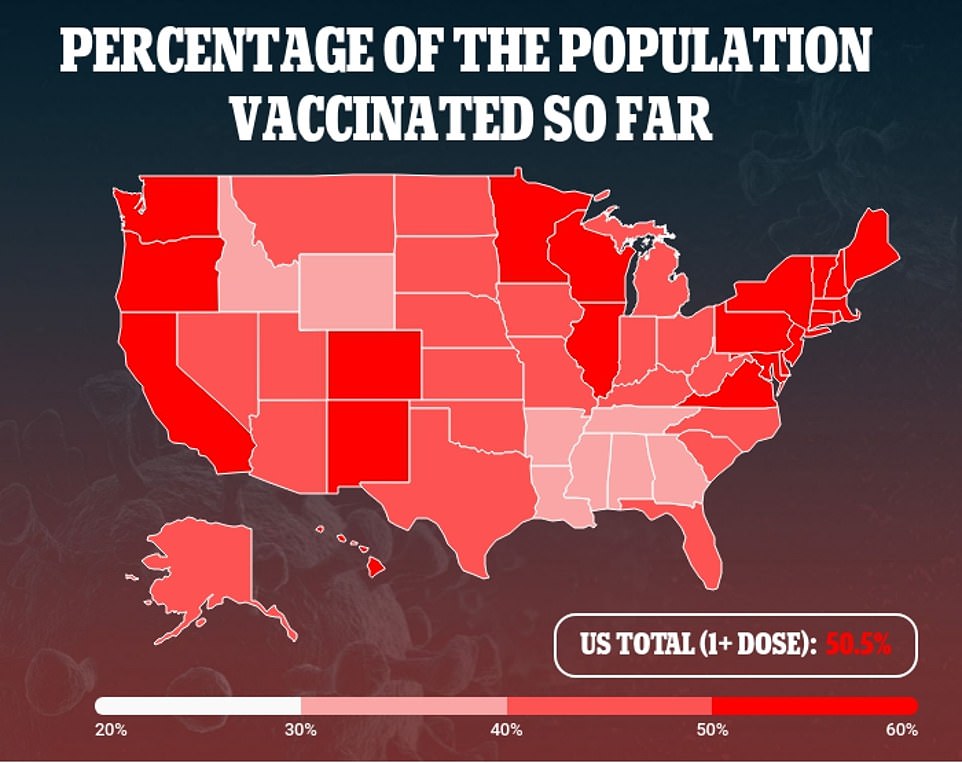 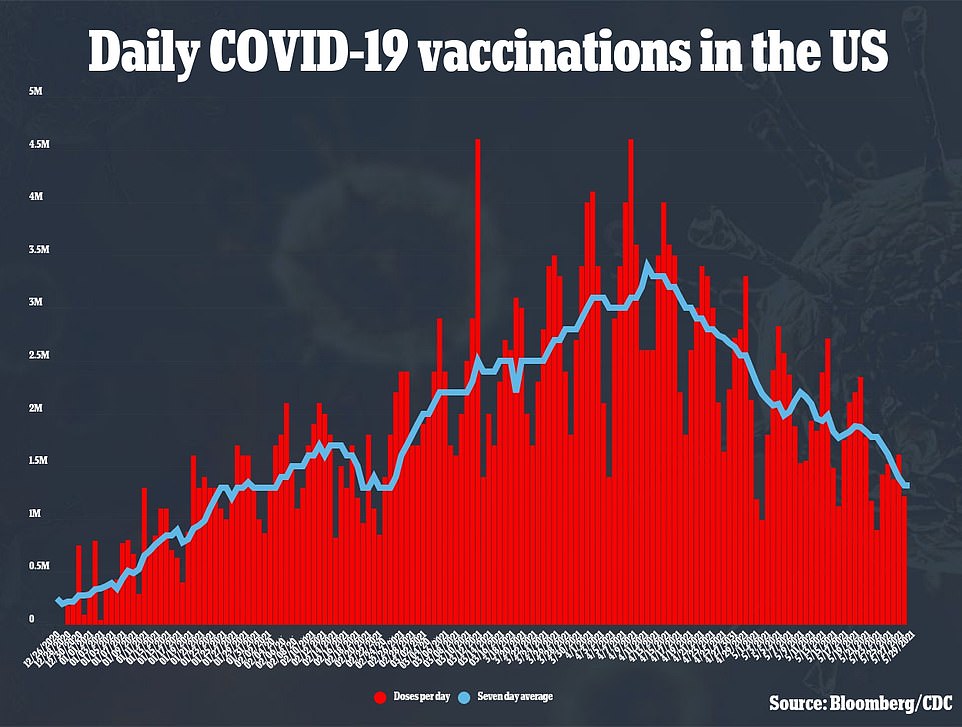 About 1.3 million Americans were vaccinated every day last week, per Bloomberg

‘If you are vaccinated, you are protected, and you can enjoy your Memorial Day,’ CDC Director Dr Rochelle Walensky said at a press conference last week. Still, Walensky stressed that anyone not vaccinated remains at risk.

In southern California, residents celebrated the long weekend with trips to the beach, camping, and dining out. The state is preparing to lift social distancing and mask restrictions later in June.

California’s test positivity rate is now under one percent, according to Johns Hopkins. The state has come far since it was a COVID epicenter in early 2021.

Los Angeles in particular has recovered significantly. The county is seeing under 1,500 cases a day – a huge drop from its peak of 15,000 cases a day in the winter.

The test positivity rate is a low 0.3 percent, according to the Los Angeles Times, and over half the county has received at least one vaccine dose. 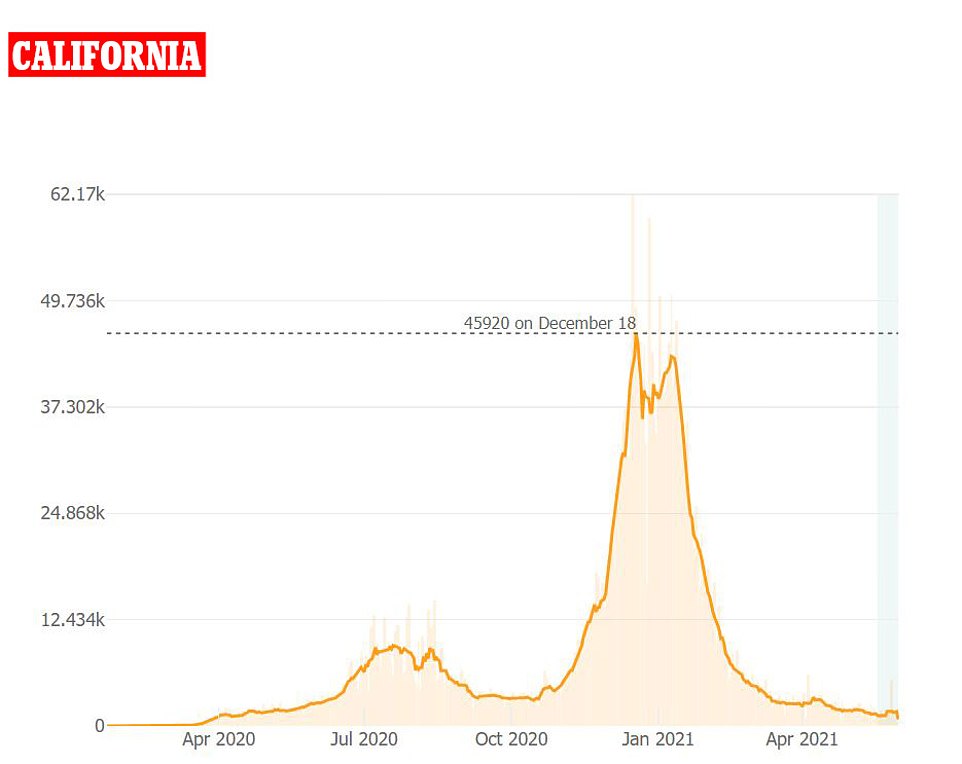 California’s new COVID case rates are now under 3,000 a day – after a peak of almost 50,000 during the winter surge 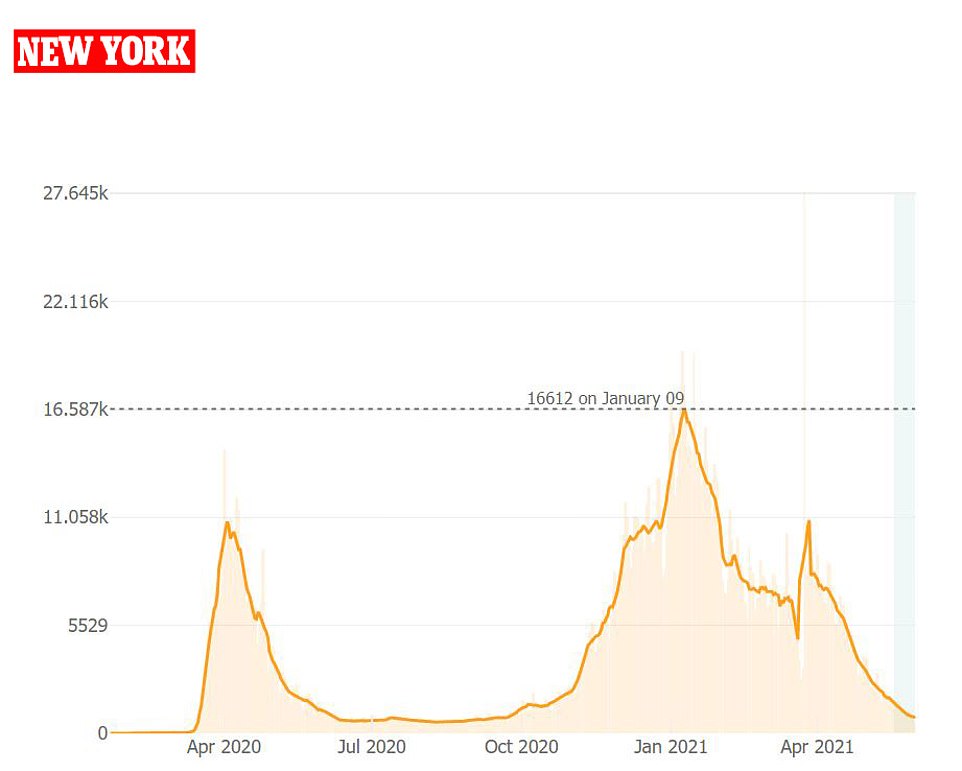 New York, one of the country’s first COVID epicenters, has also recovered. The positivity rate in all NYC ZIP codes is under 3 percent

In former northeast hotspots New York and New Jersey, celebrations were more subdued thanks to the rainy weather.

Still, as temperatures warm back up, New Yorkers have something to celebrate. The city hit 50 percent of residents vaccinated with at least one dose over the weekend.

Every NYC ZIP code currently has a test positivity rate under three percent, according to local news site THE CITY.

Nationwide, just over a month is left to hit President Biden’s goal – 70 percent of adult Americans receiving at least one vaccine dose by July 4 – and the country is on track. About 1.3 million Americans are getting vaccinated every day.

But the pandemic is far from over in other parts of the world. Higher-income countries are getting vaccinated at 30 times the rate of lowest-income countries, according to Bloomberg.

Even in the U.S., some states in the South and Midwest have vaccination rates far below the national average. Continued vaccine incentives, sending doses abroad, and other efforts will be needed to truly end the pandemic. 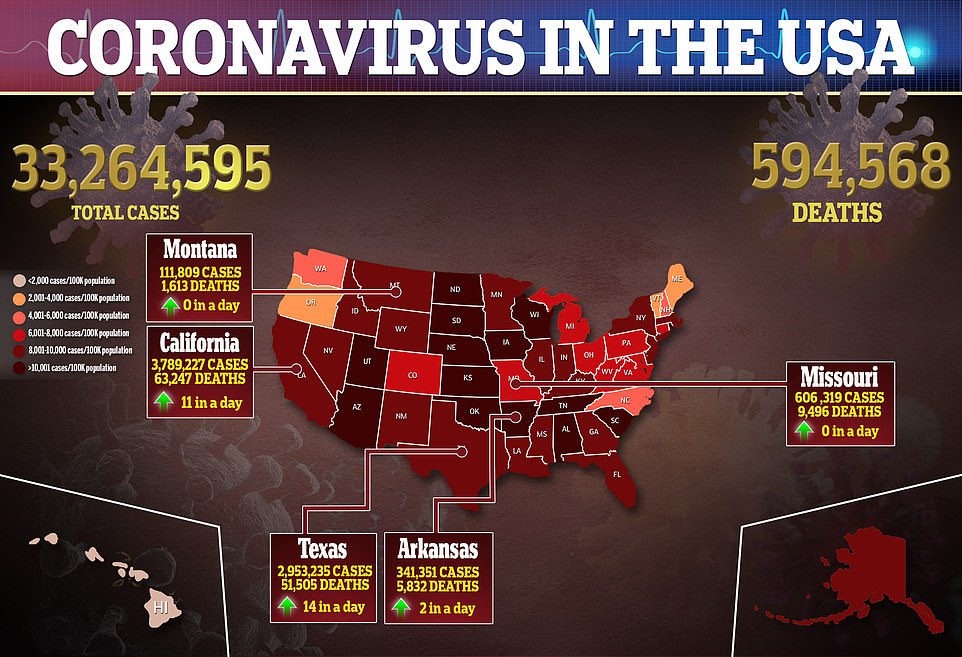