Washington, DC has reported its first cases of two highly contagious ‘super COVID’ variants that are sweeping the United States.

Dr LaQuandra Nesbitt, director of the District of Columbia Department of Health, announced on Thursday that three residents are confirmed to have the UK variant and one patient has the South African variant.

No information about the residents, including ages, sexes or ethnicities were released, nor is it clear if they had any travel history.

Nesbitt said the Centers for Disease Control and Prevention (CDC) notified her last night about the variants being detected in the nation’s capital and said there may be many more cases because not every positive test undergoes genome sequencing.

‘This was a matter of not if but when…This is not surprising to DC Health, but just another opportunity to remind us to be cautious of our behavior,’ Nesbitt said.

At least 950 cases of the variants from the UK, South Africa and Brazil have been reported across 35 states and DC, according to a DailyMail.com analysis of state and federal data.

So far, there have been two deaths, one in New Jersey and another in Alabama, both linked to the UK variant, known as B 1.1.7.

On Thursday, Washington, DC announced its first cases of coronavirus variants, with three confirmed to have the variant from the UK and one resident with from South Africa for a total of 950 cases in the U.S. (above) 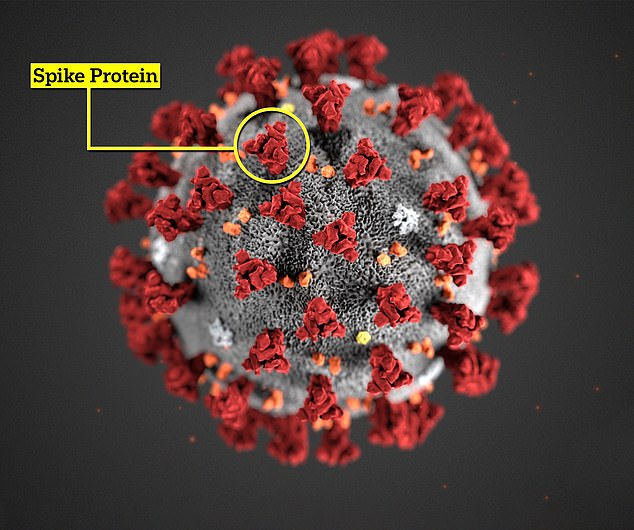 All the variants have mutations in their spike protein (circled in yellow) that makes it more contagious, capable of reinfection and potentially more immune to vaccines 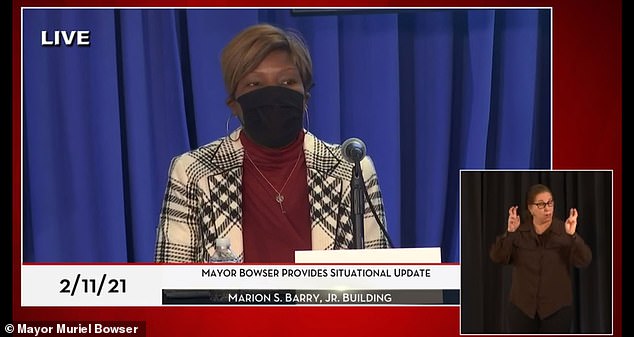 Dr LaQuandra Nesbitt (above), director of the DC Department of Health, said the CDC notified her of the cases last night and said there may be many more

Of that 950 total, there are 937 in 34 states and DC that have been linked to B 1.1.7., with more than half of those cases reported in Florida and California.

Meanwhile, there are now 10 confirmed cases of the South African variant, known as B.1.351, in three states and DC.

Concerns have arisen in the past few weeks over variants of the virus, which appear to be more infectious.

The UK variant was first discovered in the county of Kent in September 2020, announced as a ‘variant of concern’ in December, and now accounts for at least 61 percent of all cases in Britain.

Most researchers estimated that the virus is about 70 percent more infectious.

However, some studies suggest it could be twice as infectious while more moderate projections say its transmissibility is only about 56 percent higher.

Officials in the UK, including Prime Minister Boris Johnson, say the variant may be 30 to 40 percent more deadly, but there is currently no data to support these claims.

There have been two deaths linked to the variant in the U.S.

The South African variant was was also first announced in December, and shares mutation with the UK variants.

In January, President Joe Biden invoked a travel ban on people coming from South Africa in an effort to stop importation of the new variant.

Dr Anthony Fauci, the nation’s top infectious disease expert, says that the South African variant is the most concerning one because it might render vaccines less effective due to mutations that help it ‘hide’ from antibodies developed after vaccination or a previous bout of COVID-19.

Preliminary findings suggest that all five of the leading vaccine candidates offer some protection against the variants, but the degree has varied. 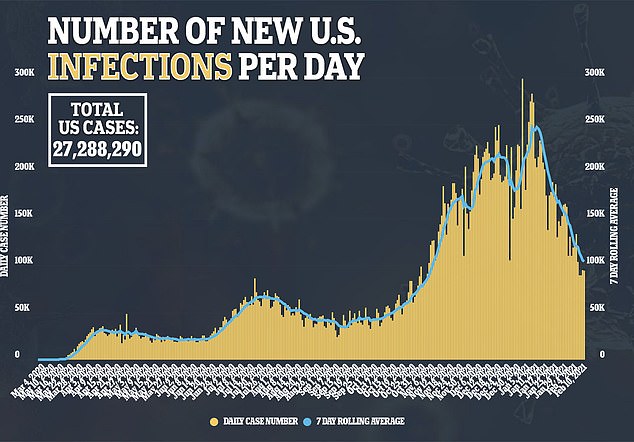 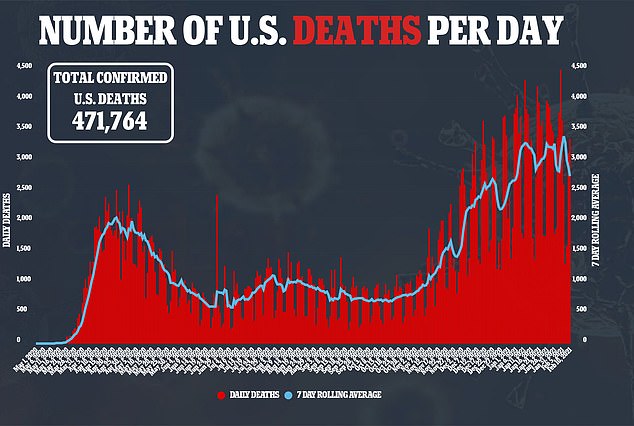 Last month, Moderna announced that it’s vaccine works well enough to be protective against the South African variant, but lab tests suggest the antibodies ay be 60 percent less potent against the virus in vitro, or in a cell culture.

Results from Novavax’s late-stage study in the UK showed 95.6 percent efficacy against the originally circulating variant and 85.6 percent against B 1.1.7.

But in South Africa’s mid-stage study of about 4,000 participants, the Novavax shot was not as protective and was found to be just 49.4% effective its variant, 501Y.V2.

In a paper released last week, the vaccine developed by AstraZeneca and the University of Oxford was found to be 74 percent effective against B 1.1.7.

However, the findings did not address whether or not that protectiveness extends to B.1.351.

In a recent White House press briefing, Fauci said the variants are projected to become more dominant in the U.S. by the spring,

At the same briefing, Dr Rochelle Walensky, director of the CDC, said every COVID-19 case in the U.S. should be treated as if it were a case of the variant.

The news of the variant comes on the heels of a report that a case was just detected inside a U.S. prison for the first time.

An employee has been confirmed to be infected the UK variant inside the Bellamy Creek Correctional Facility, in Ionia, Michigan.

Michigan prison officials said once the presence of the variant has been detected, daily testing was ordered of all inmates an staff.

As of Thursday, approximately 500 prisoners and 100 correctional officers at the facility have tested positive for COVID-19 and one inmate had died.

‘The MDOC will be taking extra steps to identify where this variant is present amongst staff and the prisoner population and we will continue to do everything we can to keep the prisoners, our staff and the community safe,’ Michigan Department of Corrections Director Heidi Washington said in a statement. 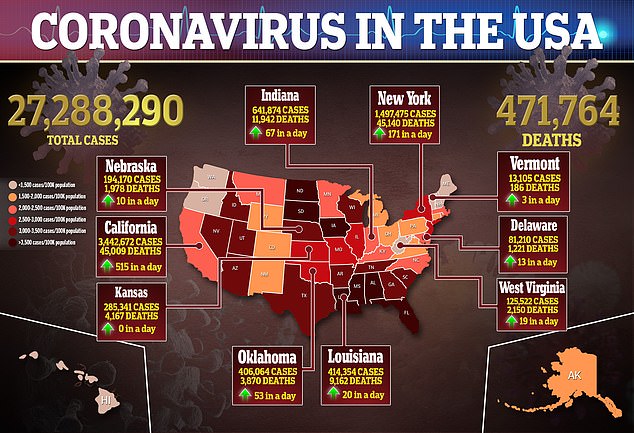