One-punch killer Kieran Loveridge has had his earliest possible release from jail pushed back by a month after he was convicted of the prison assault of a bikie club president.

Loveridge, 26, was sentenced on Friday to a 12-month prison term over the February 2018 bashing of Penrith Rebels Motorcycle Club boss Matthew Rymer at Sydney’s Silverwater jail.

Judge Robert Sutherland ordered most of Loveridge’s sentence be served concurrently after finding he was in fear for his life. 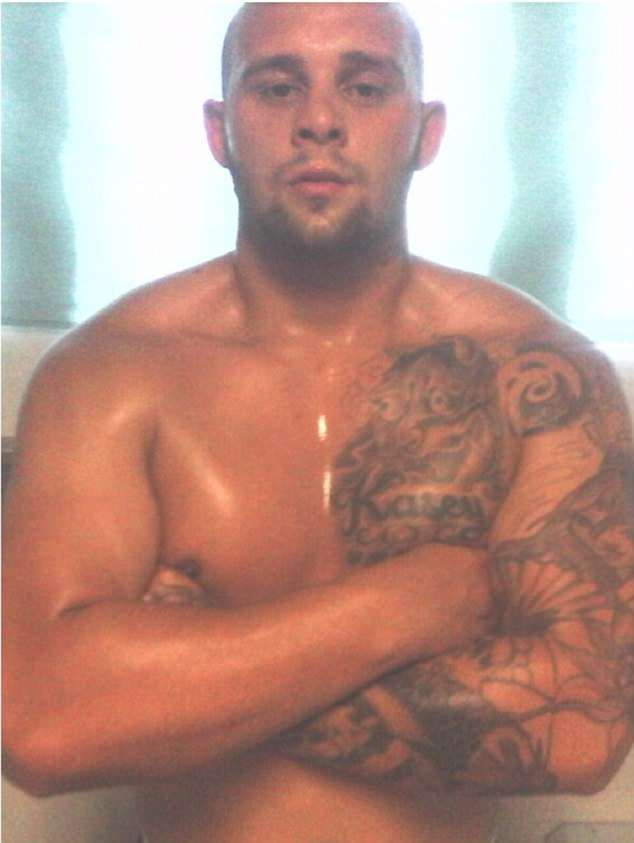 The judge was critical of Corrective Services NSW after Loveridge was wrongly placed in a pod which housed 14 members of the Rebels despite warnings and alerts on his file.

Parramatta District Court heard Loveridge had joined the Lone Wolf outlaw motorcycle gang – who have long been at war with the Rebels – and assaulted Rymer in order to secure a transfer into segregation.

Following his conviction, he will now be eligible for release in June 2023.

He was given a 25 per cent sentence reduction because of his early guilty plea.

Loveridge was jailed for the manslaughter of 18-year-old Thomas Kelly in an unprovoked one-punch attack at Sydney’s Kings Cross in mid-2012.

The shocking incident resulted in a state-wide push to stamp out alcohol-fueled violence.

As a result, New South Premier Mike Baird introduced the controversial ‘lockout laws’ which forced venues in King Cross and other locations, to deny patrons entry into pubs and clubs after 1:30am. 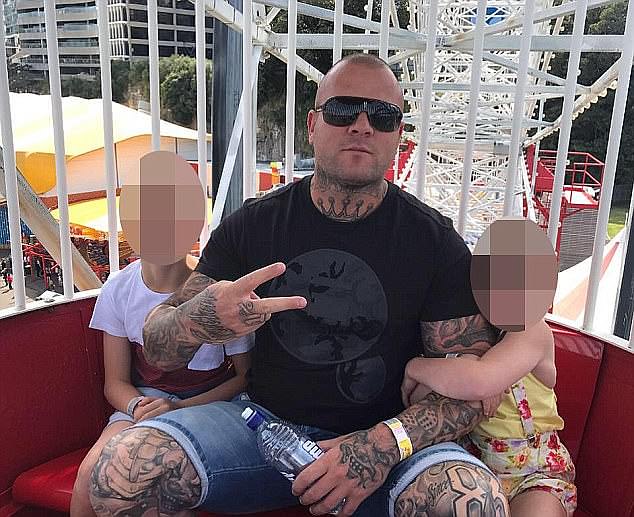 The court heard Loveridge had also been involved in several violent incidents inside prison including he and a fellow inmate breaking another prisoner’s jaw in March 2015.

Loveridge was sentenced to a 12-month prison term over that incident and had six months added onto his earliest possible release date.

The court heard his assault of Rymer happened when he was being transferred from Cessnock jail to Nowra prison and required a short stay at Silverwater.

Loveridge said he had on several occasions warned guards he couldn’t be housed near members of the Rebels but was placed there anyway.

CCTV captured Loveridge walking through pod 14 at G block towards Rymer, who was seated and speaking to his wife on the phone, before letting loose with several punches.

After being separated as they wrestled on the ground, Rymer needed stitches for a cut above his eye while Loveridge suffered minor cuts and abrasions on his hand.

They had another confrontation a short while later in another part of the prison when Rymer ran at Loveridge, who had to be protected by guards.

Judge Sutherland said Loveridge’s ‘moral culpability’ for the assault was reduced because he feared for his safety and the threat should have been foreseen. 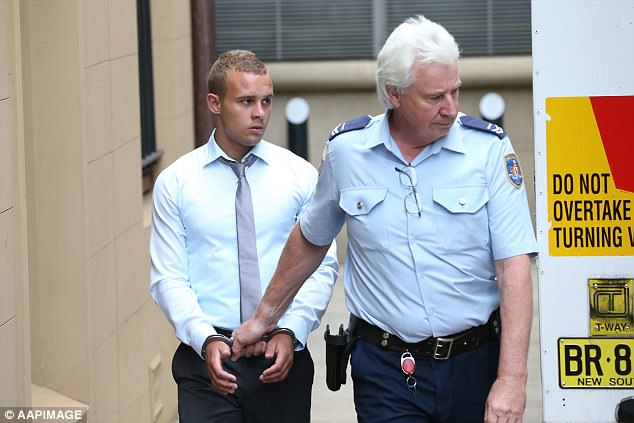 ‘The assault carried out was a means for his immediate removal from the pod,’ Judge Sutherland said.

‘He had genuine fear for his safety if he was placed in a cell overnight. The fear of violence towards the offender from the Rebels was the reason for the alerts throughout his corrective services records.’

Following the incident, Loveridge was recorded in telephone conversations with his mother claiming he was deliberately placed in the pod as retaliation for having an affair with a female prison guard.

The guard, Jody Marson, was dismissed following investigations of an ‘improper relationship’.

He was recorded in a conversation with another person saying: “They stitched me up the dogs”.

Judge Sutherland said it was unclear whether Loveridge was placed in the pod due to malice or error but said it was nevertheless a ‘matter of considerable concern’.