Dallas Cowboys running back Ezekiel Elliott claimed he had sex with the woman whose breast he exposed to a St. Patrick’s Day party. The former Ohio State star took heavy criticism when a video of the incident was released at the time, but in testimony given this week, Elliott said the incident was consensual, adding that the two had sex later that evening.

That testimony was delivered during an appeal hearing for the six-game suspension the NFL levied against Elliott for violating the league’s domestic violence policy.

The NFL previously referenced the TMZ video as part of its case against Elliott.

Ezekiel Elliott (center) was seen exposing a woman’s breast in a video publicized by TMZ, but claimed that she didn’t object and the two later had sex

‘The young lady in the St. Patrick’s Day situation, you guys had an existing relationship?’ asked Elliott’s attorney, Scott Rosenblum, according to the transcript provided in the NFL players’ union filing.

After Elliott confirmed the relationship, Rosenblum went on to ask if the two ‘did a lot of things together.’

‘Actually that night, she came home with me,’ replied Elliott.

‘And had sex?’ Rosenblum asked. 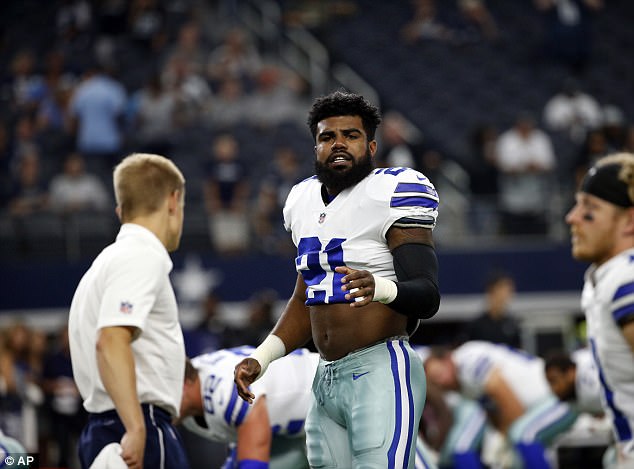 Elliott was suspended in early August after the league’s investigation determined he physically abused ex-girlfriend Tiffany Thompson in the summer of 2016, prior to his rookie season. Elliott has denied the allegations under oath during the appeal hearing, according to a lawsuit filed against the NFL by the players’ union in hopes of vacating the suspension.

The players’ union’s lawsuit, which was filed in federal court in Texas, claims the league’s appeal process was ‘fundamentally unfair’ because arbitrator, Harold Henderson denied a request to have Thompson testify at Thursday’s hearing.

The NFLPA’s lawsuit also claimed that NFL commissioner Roger Goodell and other league executives hid information that was favorable to Elliott’s case.

‘In what may mark one of the most fundamentally unfair arbitral processes conceivable, Elliott and the Union were subjected to an arbitration process in which, among other things, there was a League-orchestrated conspiracy by senior NFL executives, including NFL Senior Vice President and Special Counsel for Investigations Lisa Friel, to hide critical information—which would completely exonerate Elliott,’ read the NFLPA’s petition.

The lawsuit accuses NFL special counsel Lisa Friel of withholding from Goodell the word of co-lead investigator Kia Roberts, who the suit says concluded that the accuser wasn’t credible and that discipline wasn’t warranted.

‘The withholding of this critical information from the disciplinary process was a momentous denial of the fundamental fairness required in every arbitration and, of course, does not satisfy federal labor law’s minimal due process requirements,’ the lawsuit said.

Henderson is supposed to rule on the NFL’s decision to suspend Elliott ‘as soon as practicable,’ according to the labor agreement.

Elliott could still play in the season opener against the New York Giants on Sept. 10 since his representatives plan to file a temporary restraining order, according to the lawsuit.

The reigning NFL offensive rookie of the year claimed Thompson intended to ‘ruin’ his life after he tried to break up with her, according to a report by The Fort Worth Star-Telegram.

‘You are a black male athlete,’ Elliott claimed Thompson told him, according to the report. ‘I’m a white girl. They are not going to believe you.’ 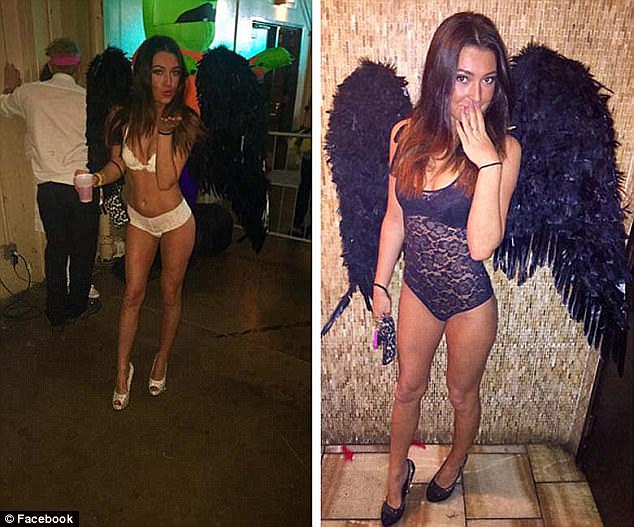 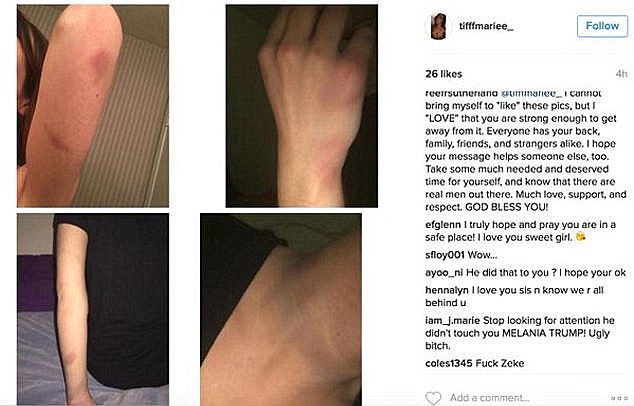