Chuyen Vo, 51, was arrested at his Huntington Beach home around 10.15pm Wednesday for the Monday morning killing of Steven Shek Keung Chan, 57

A coworker of the Cal State Fullerton administrator who was stabbed to death in a parking lot has been arrested on suspicion of murder.

Chuyen Vo, 51, was arrested at his Huntington Beach home around 10.15pm Wednesday for the Monday morning killing of Steven Shek Keung Chan, 57. Police say the men were coworkers and are now investigating a possible motive.

Chan was found inside his silver Infiniti around 8.30am Monday bleeding from the head and with stab wounds throughout his body on the first day of the semester in what police said was a targeted attack.

Vo’s arrest ends a two-day manhunt for the suspected killer.

Authorities found a backpack under Chan’s car, believed to belong to Vo, containing a bomb, knife-like weapon and items used in a kidnapping including zip ties, wigs and other disguise materials.

Police said that the backpack played a ‘significant’ role in the investigation that led to Vo’s arrest.

‘We are confident that the backpack did belong to the suspect,’ Fullerton police Lt. Jon Radus said during a press conference Thursday. 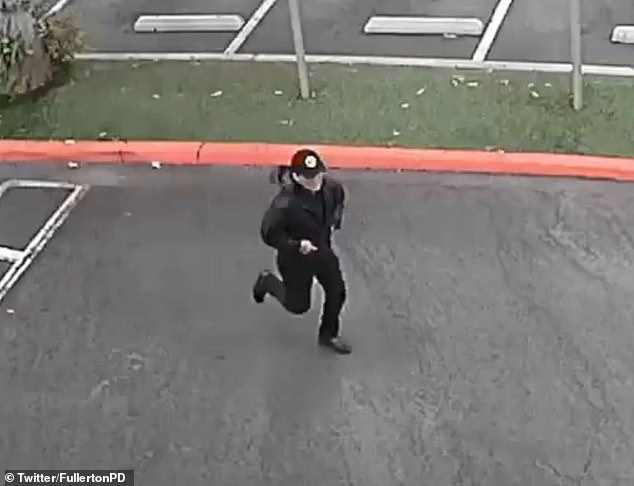 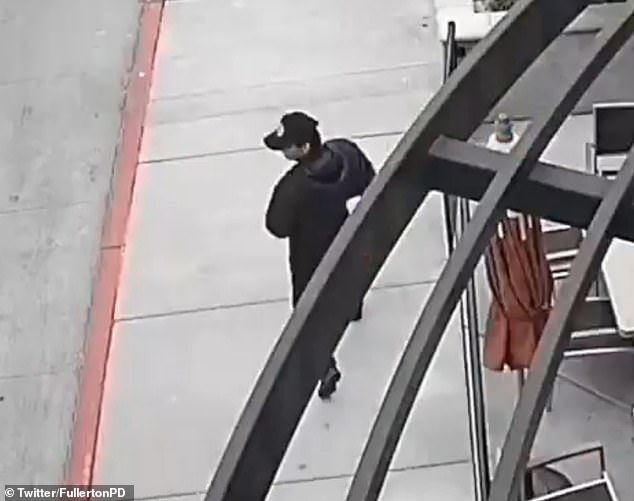 The suspect was initially described as an Asian man in his mid-20s, wearing a black cap, black pants and black windbreaker jacket, but is now believed to be 51-year-old Vo

On Wednesday police revealed a sketch of the suspect and were asking for the public’s help to identify him.

The suspect was originally described as an Asian man in his mid-20s, who was last seen on surveillance footage. The video shows the man fleeing the scene on foot wearing a black cap, black windbreaker and black pants.

Investigators believe Vo was injured during the attack and may have lacerations on one or both of his hands.

He was later seen leaving a nearby parking lot in a black new model BMW X6 with dark tinted windows and black wheels.

Investigators believe Chan was specifically targeted in the attack but have not identified a motive.

He was the former director of CSUF Budget and Finance department before retiring and then working for the university as consultant.

Efforts to save him failed and Chan, of Hacienda Heights, died at the scene.

Radus said of the bomb found in the backpack: ‘It was basically like a bottle with flammable liquid and a potential igniter’ but it had not been set off. 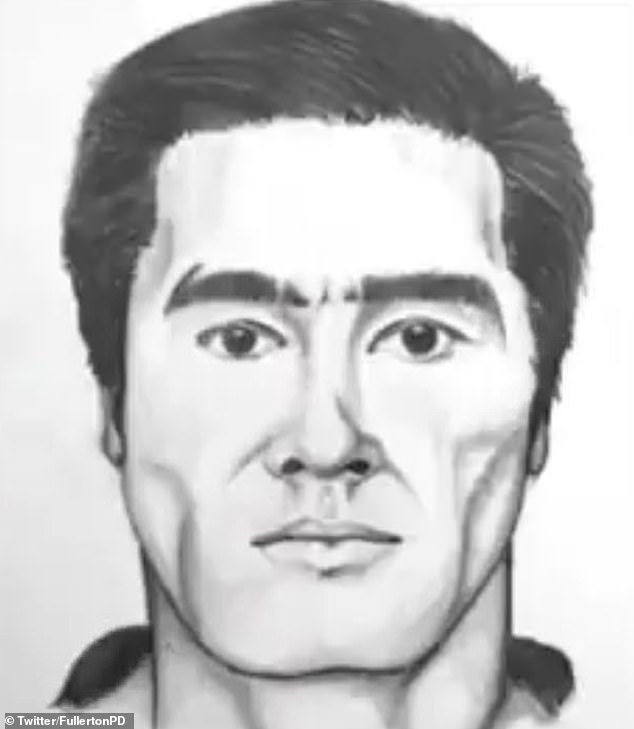 Police have arrested a suspect who they identified as 51-year-old Chuyen Vo. He is believed to have killed a retired California State University, Fullerton, administrator Monday morning (Pictured is a sketch of the suspect released before the arrest was made) 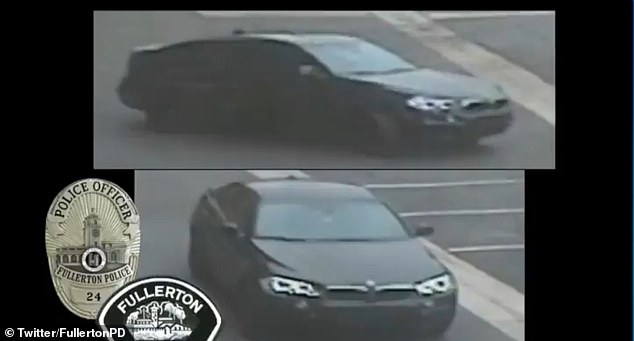 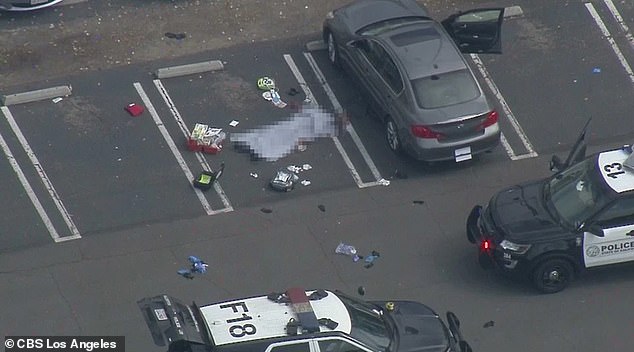 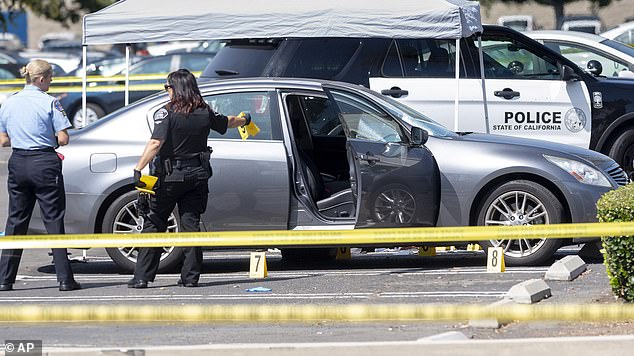 A backpack, which is believed to belong to the suspect, was found underneath the car with a bomb, knife and kidnapping items including zip ties and wigs

The stabbing happened on the first day of the school year, when campus police were filming active shooter drills to prepare students and staff for emergencies

Investigators said they were also not aware of any previous threats made to the former administrator.

He returned to campus as a special consultant in early 2019 ‘to provide his sage guidance and wisdom,’ university President Fram Virjee said in a statement.

Virjee said he did not know Chan personally ‘but over the past few hours, in providing a shoulder to lean on for those who were close to him, it is clear that he was beloved for his commitment to and passion for both Cal State Fullerton and our Titan Family.’