The ‘frightening’ extent of the crisis in the elderly care system was laid bare last night.

A shocking report reveals that inspectors are called in to deal with four complaints every day.

The Care Quality Commission launched 1,512 enforcement actions against care homes and home helps in 2016/17 – 68 per cent up on the previous 12 months.

The watchdog dealt with complaints about unsafe care, residents not being treated with dignity and poor staffing levels. Other issues included lack of food or water and ‘abuse and improper treatment’.

In its report the commission said:

A Mail investigation found the system was in such crisis that four in ten care homes fail inspections. Of the 5,300 sites the CQC has reported on this year, around 2,000 were found to be inadequate or in need of improvement.

Caroline Abrahams of the charity Age UK said: ‘Our social care system is struggling to cope and older people desperately need the Government to follow through on its commitment to develop proposals for strengthening it.

‘These statistics are frightening for older people and their loved ones because they show that good quality, affordable care is far from guaranteed.

Closed, the ‘lack of care’ home

Two millionaire brothers were fined more than £80,000 after the ‘depressing, unhygienic and unsafe’ care home they owned was shut down.

CQC inspectors were ‘appalled’ when they visited the Mossley Manor Care Home owned by 56-year-old Amjad Latif and his brother Amer, 47, after a tip-off from the daughter of a prospective resident.

In March, a judge branded the institution in Liverpool, which charged private residents almost £2,000 a month, a ‘lack-of-care home, not a care home’. 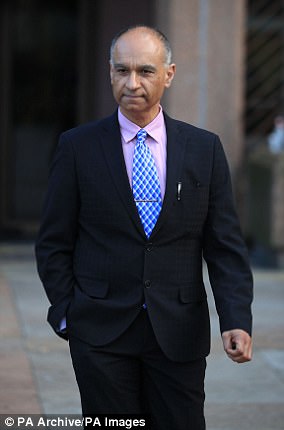 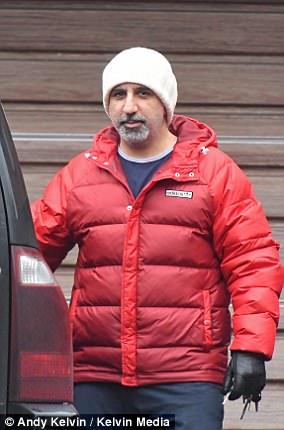 CQC inspectors were ‘appalled’ when they visited the Mossley Manor Care Home owned by 56-year-old Amjad Latif (left) and his brother Amer (right), 47,

Its 43 residents were unkempt and had not received a bath or shower in the previous three weeks. The CQC also found that the home failed to ‘control the risk of serious injury’, with residents needlessly ending up in hospital. Bedrooms were not cleaned regularly and communal toilets did not contain soap or hand towels.

The two Latif brothers, who lived in homes worth more than £1million each, were fined £60,000 for failing to provide safe care and treatment, and £20,800 for 13 offences of failing to notify the CQC.

‘In a civilised society we ought to be able to take it for granted that if we come to need this support it will be there for us, no ifs, no buts.’

Anyone with savings must meet the full cost of their care home place. The Tories have failed to honour a 2015 manifesto promise to cap the maximum bill at £75,000 and during the last election campaign Theresa May indicated the pledge could be scrapped.

The CQC report reveals that, for all the money that families pay out, loved ones often receive substandard and, in some cases unsafe, service.

It said the sharp increases in complaints were partly due to improved enforcement procedures. But it could also indicate that severe problems had gone under the radar.

Andrea Sutcliffe, the CQC’s chief inspector of adult social care, said most providers were offering high quality care. But she added: ‘There is still too much poor care, some providers are failing to improve, and we are seeing some services deteriorate. 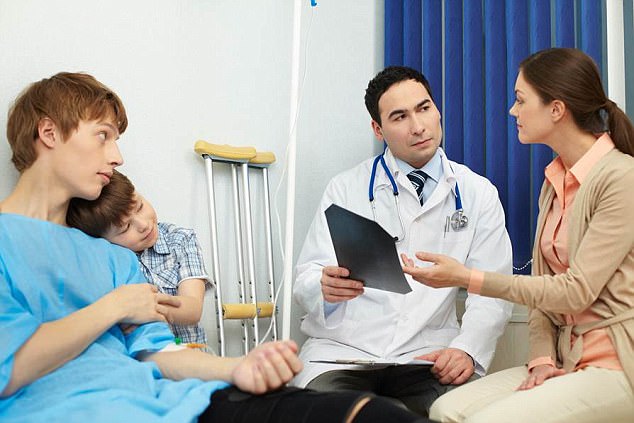 ‘Undoubtedly there are pressures on adult social care services, but it is not acceptable for people in vulnerable situations to bear the brunt of poor care.

‘We will continue to use our enforcement powers in people’s best interests and take action where necessary.’

Regulators prosecuted four care providers, including one nursing home where a 62-year-old man had broken his neck in a fall from a shower chair.

The CQC’s annual report said the number of enforcement actions taken in 2016/17 across all health and social care settings was 1,910 – up 75 per cent on the previous year.

In 2016/17, there were 263 interventions in the primary care sector – double the previous year.

This includes GP practices, dentists and NHS 111. The CQC also took action 135 times in hospitals – up from 58 the year before.

Some of the interventions were made following routine inspections; others followed complaints.

The watchdog’s annual report was published in July just before Parliament went on its summer recess – but had gone unreported until now.