Craig Goodwin not only offered Australia hope in their World Cup last-16 clash against Argentina, but he made Socceroos history in Qatar.

The Adelaide United gun was brought off the bench in an attempt to inspire an unlikely comeback against Argentina, with Lionel Messi and Julian Alvarez giving the favourites a two-goal cushion.

And he certainly lifted spirits for the Socceroos fans watching around the world. His thunderous strike ricocheted off Enzo Fernandez and crashed into the back of the net, offering the Aussies a lifeline with over 10 minutes to go.

That goal will also live on for years to come as it is the first goal ever scored for Australia in the knockout stages of the World Cup. 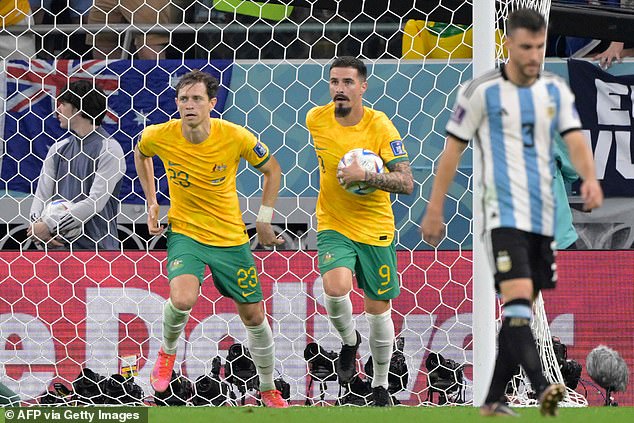