It was when Jack Draper got back into the locker room that he felt the full pain of trying to overhaul Rafael Nadal, deep muscular cramps gripping his ribs.

On the court it had been mainly his thighs that had seized up, leaving him to wonder what might have been with greater resources of physical resilience.

In the course of a 7-5 2-6 6-4 6-1 defeat he had again shown that he is a player of the highest promise when it comes to trading groundstrokes.

This came as no surprise to the great Spaniard, who was relieved to have a got a win on the board after two defeats this season.

‘He’s a great player with a lot of potential, young, a great future in front,’ said Nadal. ‘It was a tough, tough match, full respect for him.

‘I think it’s only cramping what happened at the end to him but I think he is in the right position to have a very productive season. I am happy that I was able to win against a great player.’

Draper knows that for such warm words to be born out, he needs to add stamina to a wide repertoire of shots. 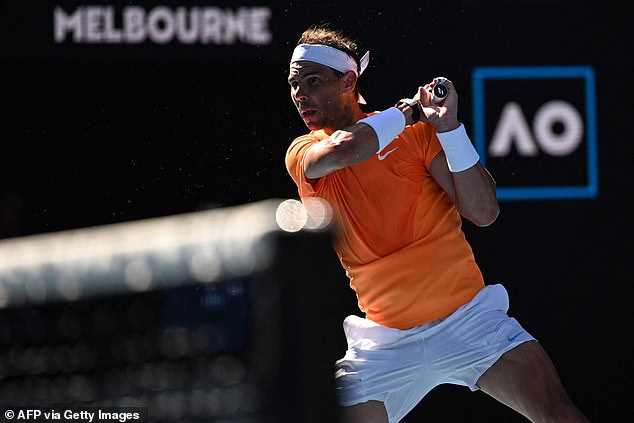 This was the seventh time in eight matches that he has lost when it has gone beyond two and a half hours. As Nadal stretched their encounter deeper towards the eventual finish time of three hours and 41 minutes the odds were stacked more and more in his favour.

The defending champion’s own performance was undulating and littered with more errors than usual, but Draper’s powerful striking was connected to that.

‘To go toe-to-toe with him on a big court like that is special,’ said Draper. ‘I think I can take away the fact that my tennis is getting closer and closer. And physically I’ll be first to say I’m still a work in progress.’

At the US Open he also had problems, retiring from his third round against Karen Khachanov after dominating him. 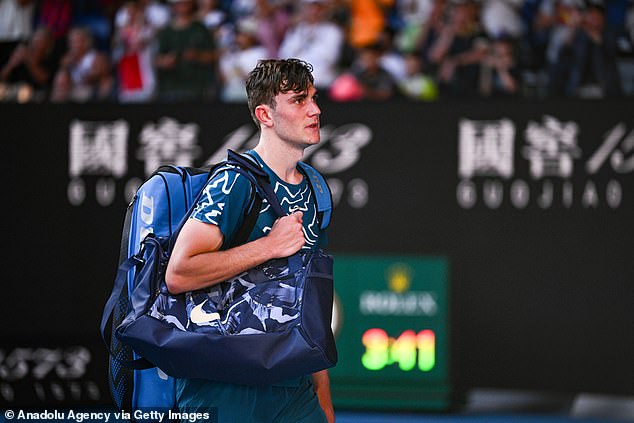 ‘I just need to investigate why I’m getting it (cramp),but also I know that I’ve only just started really with my fitness trainer that I’ve invested in (Croatian Dejan Vojinovic).

‘ I almost felt at the beginning of the third that my tennis was right there. I almost felt like I was in control of the match at that point.

‘If I would have carried on that way, who knows? Going to this trip in Australia, I was very undercooked, to be honest.

‘I was really excited about doing a big pre-season. It’s a good chance to get five weeks of really good training, especially with my new fitness trainer. I had two viral infections so had to be on antibiotics on two occasions. I lost five of those seven weeks.’ 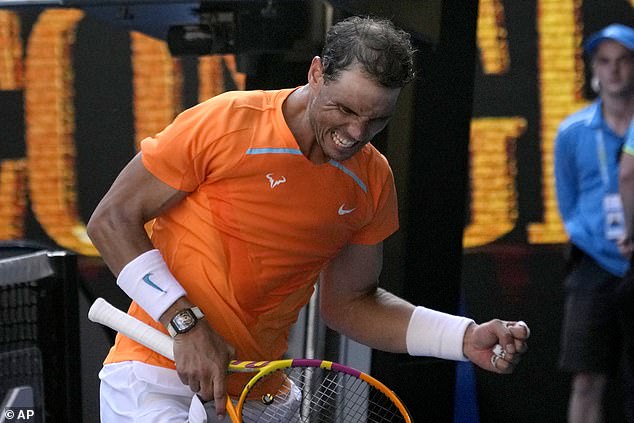 The cramps first struck not long after Draper had played an imperious second set to have his illustrious opponent rattled.

It is plainly obvious that he needs to work on his staying power, less so that he also needs to learn more about shot selection. That had been his undoing in the first set, playing a few ill-judged drop shots when he was otherwise matching a player he grew up idolising.

Draper’s next scheduled outing will be Britain’s awkward Davis Cup qualifying round early next month against Colombia in Bogota on clay. At that altitude his big serve and heavily spun forehand should be lethal.

If he wants a role model then he need only look at fellow Brit lefthander Cam Norrie, the ultimate stayer. 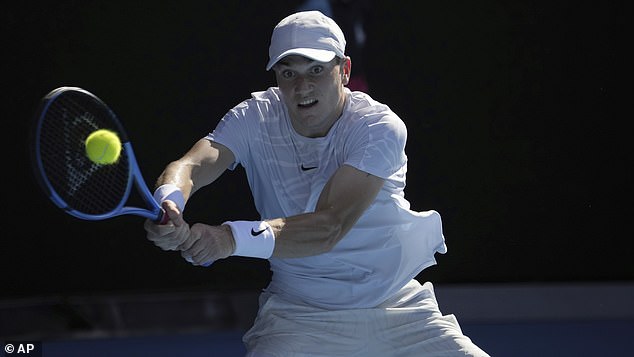 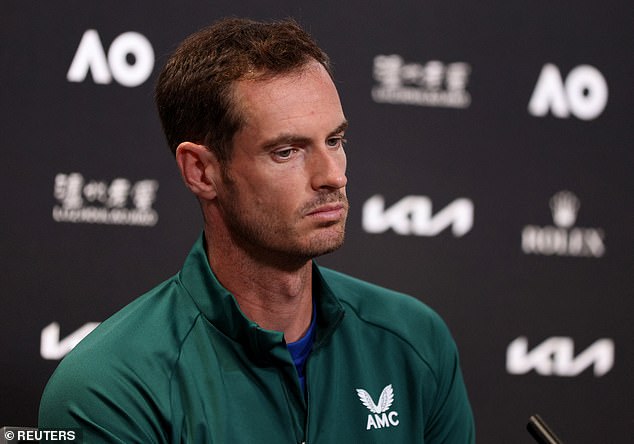 Dan Evans and Andy Murray were due to be playing overnight, but Kyle Edmund was heading home after a first round defeat, 6-4 6-0 6-2 against top young Italian Jannik Sinner

While slightly jittery at times, Norrie won 7-6 6-0 6-3 against French teenager Luca Van Assche, reckoned to have excellent potential, on Monday. The British number one will now face another Frenchman in Constant Lestienne, and is the best chance of a GB player making the second week.

Dan Evans and Andy Murray were due to be playing overnight, but Kyle Edmund was heading home after a first round defeat, 6-4 6-0 6-2 against top young Italian Jannik Sinner.

That was always likely to be too tough a proposition for 2018 semi-finalist Edmund at this point. He is on the long road back from three surgeries, but reported no ill-effects with his troublesome knee.