Crazy Kiwi beekeeper sits on a buzzing hive in $1000 dare

A New Zealand beekeeper has got more than he bargained for after accepting a crazy dare to sit on a beehive.

Jamie Grainger, 27, from Tauranga performed the crazy feat at a farm in Matamata earlier this month, with footage showing him dropping his pants to press his bare bottom on the swarming insects’ home.

The 27-year-old seemed to take the challenge in his stride though, managing to last 30 seconds before jumping off in agony.

Jamie Grainger, 27, (pictured)  from Tauranga got more than he bargained for after accepting a crazy dare to sit on a beehive earlier this month

Agonising video shows as Mr Grainger strips off his bottom half, before tentatively sitting on the open hive.

Clutching his manhood, he is then seen cringing in pain and taking deep breaths, before calmly asking how much he would win.

Swearing repeatedly as the bees stung him, he then remarks ‘I’m squeezing my b**** so hard’ as he tries to cope with the pain.

As his friends count down the final few seconds, Mr Grainger leaps up before running into a field with his pants by his ankles, trying to brush away the bees and their stings. 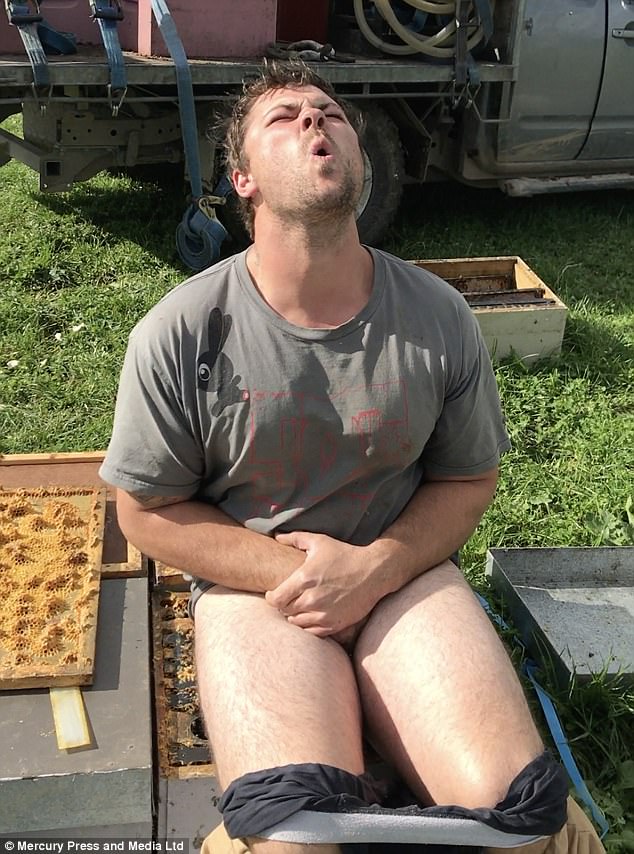 Mr Grainger swore repeatedly during the experience, with his face contorting in pain as he was stung by the bees

But the painful experience proved worth it, with the tradesman pocketing $1,000 for his efforts.

The bet has been issued by friend Aurel Braguta, who said it was done as ‘a bit of fun’ and as a way to ‘face your fears’, according to Metro.

The father-of-two had previously challenged another worker to try the stunt, however that man lasted just 19 seconds.

Meanwhile, Mr Grainger said the task had been about ‘as you can imagine,’ but had proven a laugh for him and his partner.

‘One thousand bucks for 30 seconds is the easiest money I’ve ever earned,’ he said. 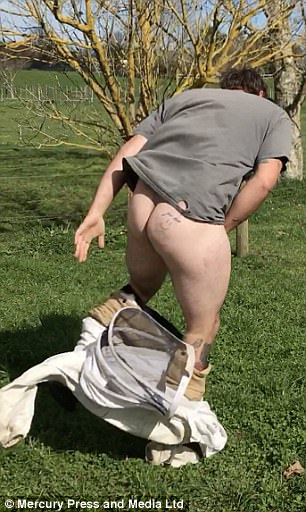 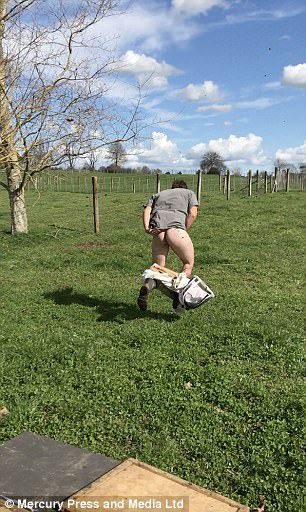 As his friends counted down the final few seconds, Mr Grainger (pictured) leapt up and ran into the field 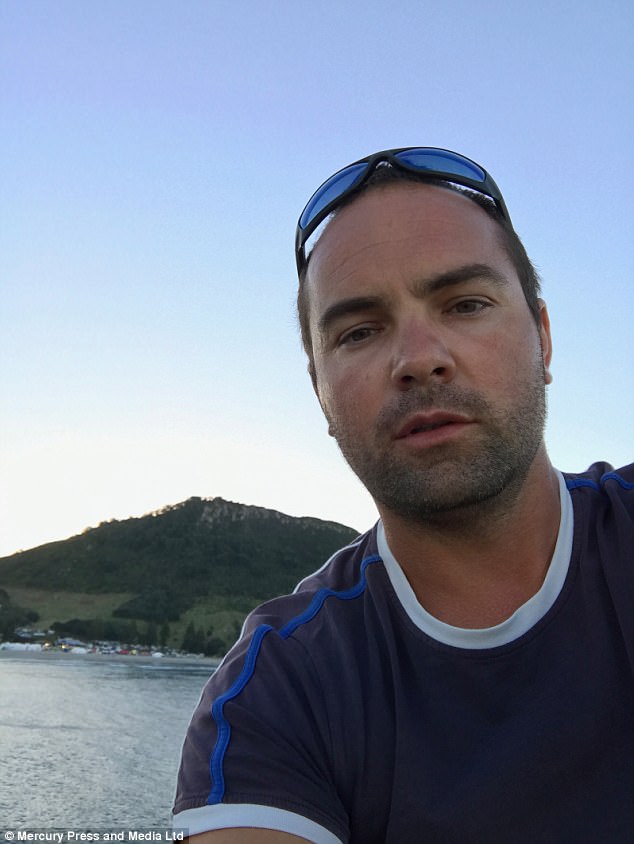