Chilling pictures have emerged of missing schoolgirl Samantha Knight’s killer taken when he was molesting her and other young girls in the mid 1980s.

The photographs of serial paedophile Michael Guider show him seemingly at ease at the peak of his child sex offending, even after he killed the nine-year-old girl.

One 1984 picture shows Guider leaning against his car clutching a Kodak film packet and what appears to be an envelope of developed photos.

At that time Guider was habitually drugging and molesting pre-pubescent children, including Samantha, and taking pictures of them in pornographic poses.

Two other images were taken on Christmas Day in 1986 during a visit to Long Bay jail where his brother Tim was serving a sentence for armed robbery offences.

Guider is captured smiling broadly for the camera with his arms folded, barely four months after he had kidnapped, drugged and killed Samantha on August 19.

It is understood police used those pictures during their investigation into Samantha’s disappearance years later because they showed what Guider looked like at the time.

Samantha Knight’s killer, serial paedophile Michael Guider, is pictured clutching a Kodak film packet and developed photographs in 1984, the year he began molesting Samantha. Guider drugged and assaulted his many victims then photographed them in pornographic poses 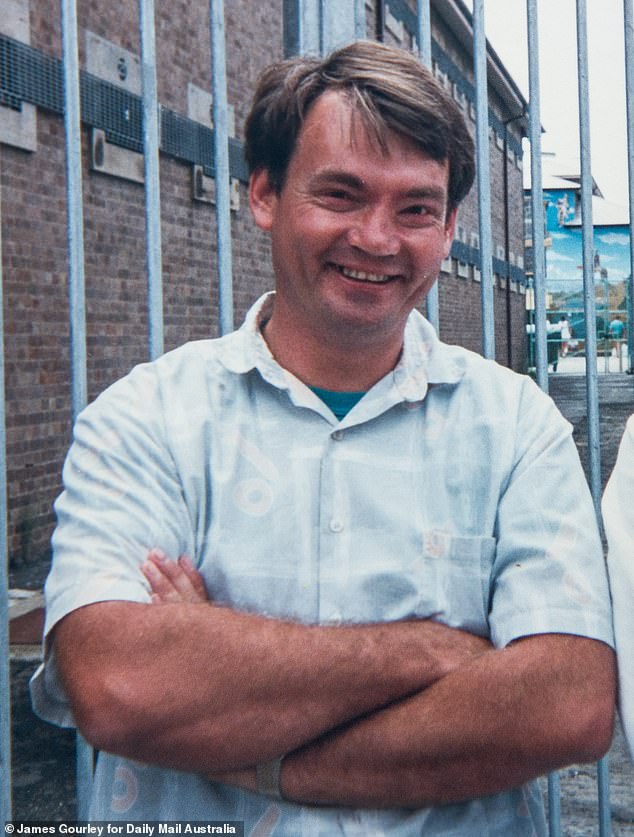 Michael Guider is pictured here at Long Bay jail visiting his brother Tim on Christmas Day, 1986, four months after after he killed Samantha.  Guider’s maximum sentence expired on June 6 and the New South Wales Attorney-General is seeking a court order to keep him inside

Samantha, who Guider first molested when she was living with her mother Tess at Manly, was one of perhaps scores of children aged two to 16 he assaulted in the 1980s and 1990s.

Many of his victims, including Samantha, were the daughters of mothers he had befriended; he often sexually assaulted them during babysitting sessions.

Guider played a ‘game’ called statues with some victims in which he ordered them to stand still while he exposed himself and touched their genitals.

He took thousands of photographs of the children he violated while they were drugged. Many of his victims have still not been identified.

Guider claimed some of the mothers knew what he was doing and told a psychologist at least one of them – not Sam’s mother – did not mind.

Guider, who has never expressed any remorse for killing Samantha, was due for release on June 6 but the New South Wales Attorney-General is trying to keep him inside.

The now 68-year-old-old was living and working at Kirribilli when he snatched Samantha after school from near her home in Imperial Avenue, Bondi. 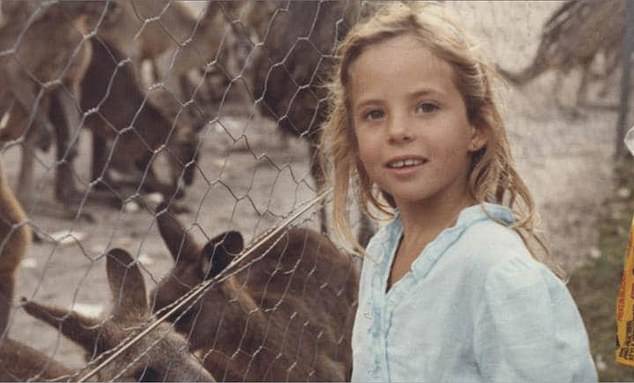 Samantha Knight, who Guider first molested when she was living with her mother Tess at Manly, was one of perhaps scores of children aged two to 16 he assaulted in the 1980s and 1990s. Many of his victims, including Samantha, were the daughters of mothers he befriended

Guider played a ‘game’ called statues with some victims in which he ordered them to stand still while he exposed himself and touched their genitals. He took thousands of photographs of the children he violated while they were drugged. He is pictured on Christmas Day in 1986

Guider later claimed he had drugged Samantha with the sleeping pill Normison and she died of an overdose on his lounge.

After Samantha’s disappearance he continued to molest other girls.

Guider was serving a 16-year sentence imposed in 1996 for 60 offences against 11 children when police realised he was responsible for kidnapping Samantha.

Her was charged with her murder in 2001 but pleaded guilty to manslaughter under the weight of evidence including a confession to his brother Tim.

Guider told police in 2003 he had buried Samantha in a garden at the Royal Sydney Yacht Squadron where he was working in 1986.

Samantha’s body has never been found but Tim Guider has revealed he believes she is buried in a cemetery on Sydney’s lower north shore.

Police dug up the garden Michael indicated he had buried Samantha but despite a positive reaction from a cadaver dog no bones or other evidence were found.

In late 1988 the yacht squadron had begun constructing an enormous underground car park and while detectives think Samantha’s remains may have been accidentally removed during excavation work, Mr Guider believes his brother got to her first. 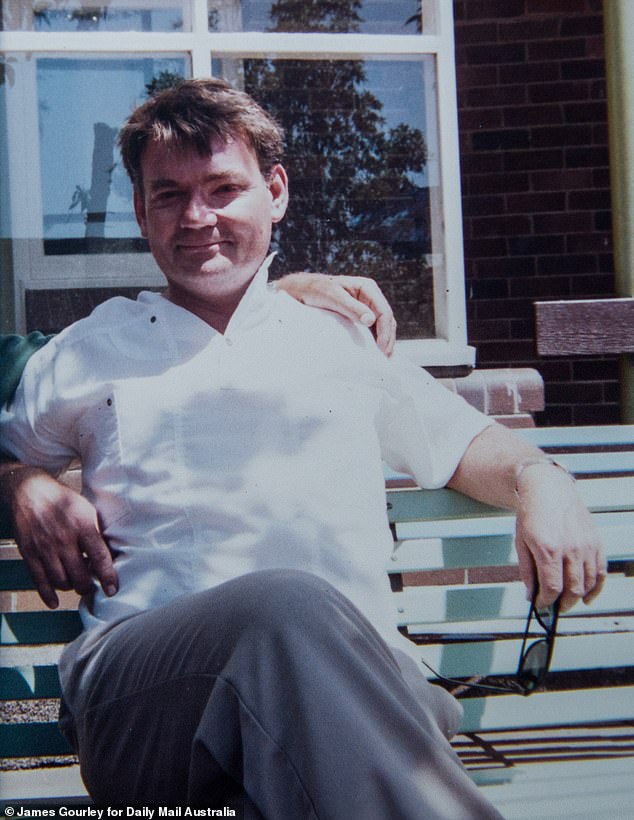 Michael Guider was working at Royal North Shore Hospital in late 1988 when construction work began on an underground car park at the Royal Sydney Yacht Squadron in Kirribilli, where he buried Samantha Knight in 1986. He is pictured here in the mid to late 1980s

He is convinced Samantha’s body lies under or near a headstone bearing another Knight’s name in a corner of the old Gore Hill Cemetery.

In late 1988 Michael was the head gardener at Royal North Shore Hospital, which adjoins Gore Hill Cemetery, about 5 kilometres from Kirribilli.

Mr Guider told Daily Mail Australia his brother Michael had admitted this year to visiting the graveyard with another of his victims years after Samantha’s 1986 disappearance.

He thinks Michael moved Samantha’s body there and arranged parts of a broken memorial to a long-dead woman named Sarah Knight to mark or point to her grave.

Mr Guider found the broken headstone for a Sarah Maria Knight, who died aged 81 in 1916, in the north-western coroner of the cemetery in September 2016.

The headstone’s plinth and a large cross had been moved to the unmarked grave behind it.

‘I was shocked,’ Mr Guider said. ‘Immediately I knew I was onto something.

‘It was just like a written sign saying “Samantha is here”. Chills ran up and down my spine, and tears began to well in my eyes. He created a headstone for her that he thought no one would ever find.’ 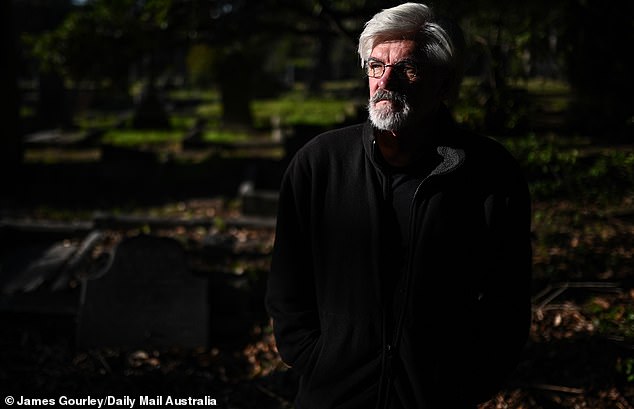 Mr Guider said when he told Michael during a prison visit he ‘knew’ Samantha was buried at Gore Hill Cemetery his brother began to tremble and was struck speechless.

‘I think he is kind of proud of himself to be able to hide a body like that right under our noses without us even noticing,’ he said.

Mr Guider hopes his brother can be coerced into revealing where Samantha is buried and confessing to further crimes.

He visited his brother in Long Bay prison in 2016 and confronted him with what he had found at the cemetery. ‘I needed to put it to him and see what his reaction was.’

‘I began the visit with small talk until he seemed relaxed then I said, “I have some great news to tell you – well, perhaps not so great for you. I’ve found where you moved Samantha to, in Gore Hill cemetery.”‘

‘He began to tremble and was lost for words, so I said, “You gave her a lovely headstone but you moved it from Sarah Knight’s grave didn’t you?” 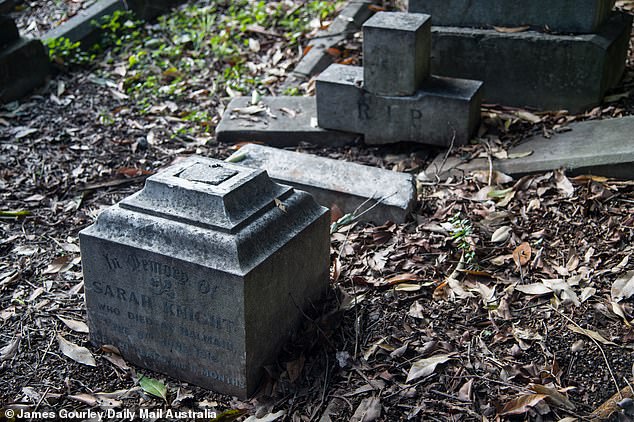 Sarah Knight’s headstone has been broken and its plinth and a large cross moved to the unmarked grave behind it. ‘It was just like a written sign saying “Samantha is here”,’ Mr Guider says. He believes the broken headstone had been arranged by his brother as a marker

‘He stayed speechless and was still shaking.’

His brother denied having ever been in that part of the cemetery until earlier this year when Mr Guider went back to Long Bay, this time with one of Michael’s former victims.

‘She said in front of me, “You took me there”, and he admitted it.’

‘He just looked at me and said, “Well I did go there but I didn’t move the headstone”.’

Mr Guider believed his brother would reveal where Samantha was buried if he was brought before the NSW Crime Commission where he would be forced to answer questions or face further prison time.

‘If he is told, “This will all stop Michael if you tell us what we want to know”, he will tell them. He will cave in.

‘I can guarantee it. I am 100 per cent sure he will confess and he’ll tell us where Samantha’s body is.’ 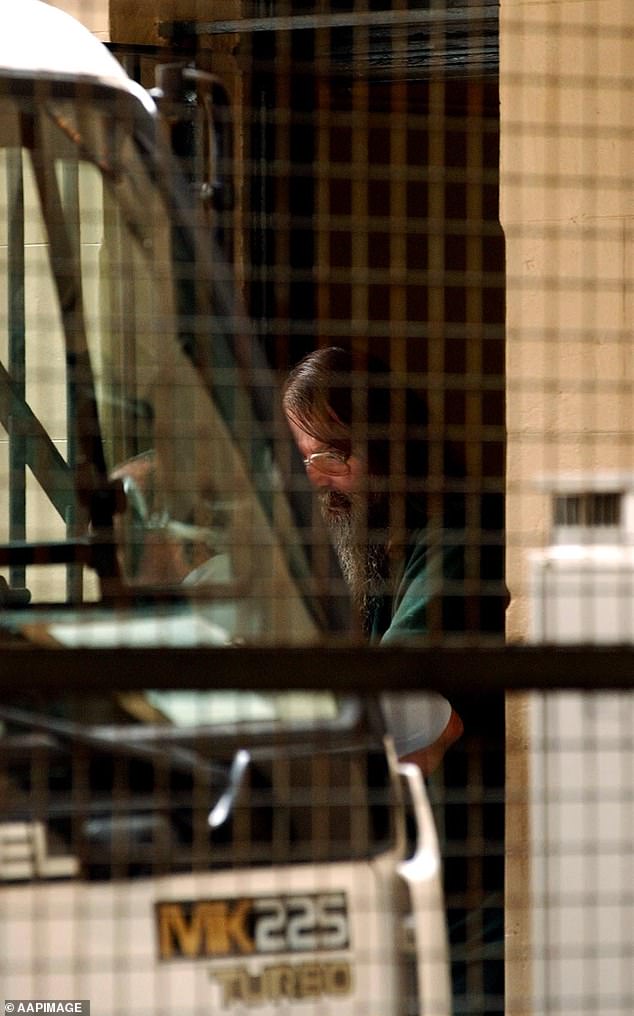 Michael Guider is pictured in 2002 when he was sentenced to a maximum 17 years for Samantha Knight’s manslaughter. He was serving a 16-year sentence imposed in 1996 for 60 offences against 11 children when police realised he was responsible for kidnapping Samantha