Cricket ace Alastair Cook gets his knighthood from the Queen

Cricketer Sir Alastair Cook who is England’s leading run scorer and most capped player today collected his knighthood from the Queen.

The retired batsman was at Buckingham Palace to receive his gong alongside a diver who was awarded a bravery medal for his part in the Thai cave rescue last year.

John Volanthen, 48, one of the first to reach the 12 boys trapped underground was presented with the George Medal, the second highest civilian gallantry award.

Cook became the first England cricketer to be knighted since all-rounder Ian Botham in 2007. 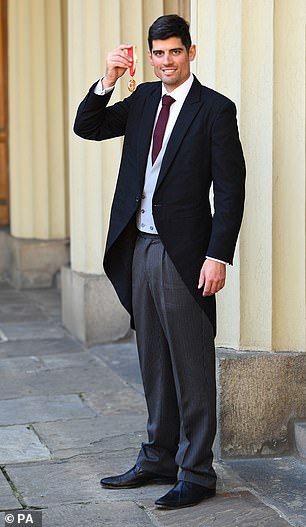 Cook (pictured left being presented with honour from the Queen today, and right)  became the first England cricketer to be knighted since all-rounder Ian Botham in 2007 Father of three Sir Alastair, 34, (pictured after scoring a century against India last year) retired from international cricket in the summer and ended his career with 12,472 Test runs and 33 Test centuries – both England records

He joins an exclusive club of former England cricketers to hold the title, including Jack Hobbs, Len Hutton and Colin Cowdrey.

He was also awarded an MBE in 2011 and a CBE five years later.

Cook, speaking after the investiture ceremony, said: ‘Seeing my name up there in whatever capacity – you just don’t get used to it.

Father of three Sir Alastair, 34, retired from international cricket in the summer and ended his career with 12,472 Test runs and 33 Test centuries – both England records. 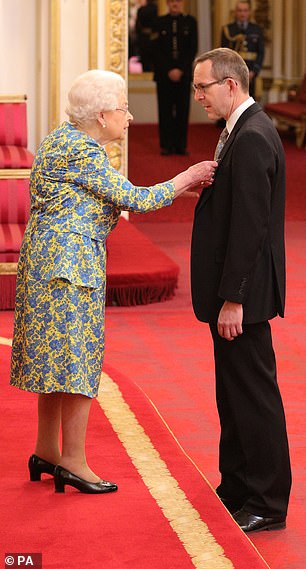 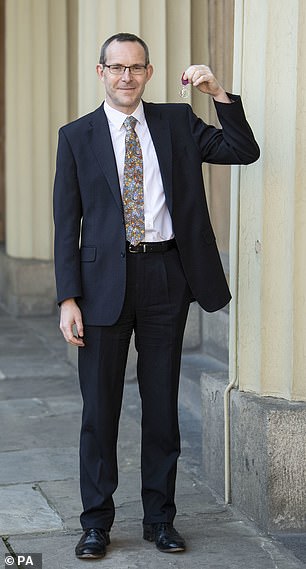 Mr Volanthen, from Bristol, (pictured today receiving his gong) has always insisted he and his fellow Brit divers who were involved in the rescue operation are ‘not heroes’ 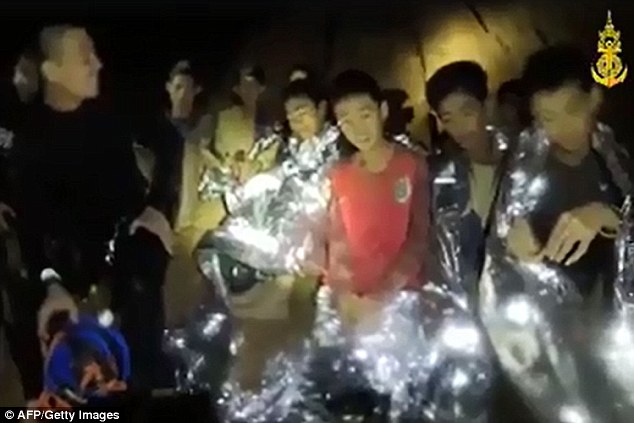 On the moment of being knighted for services to cricket, he said: ‘It is just weird, when you are told you have to just walk and kneel, that you should get so nervous.

‘I have played cricket in front of many thousands and done OK but you get just as nervous just walking and kneeling, which is very strange.’

Mr Volanthen, from Bristol, has always insisted he and his fellow Brit divers who were involved in the rescue operation are ‘not heroes.’

The 12 footballers and their coach had wandered into the Tham Luang caves in the Chiang Rai region of Thailand while exploring. 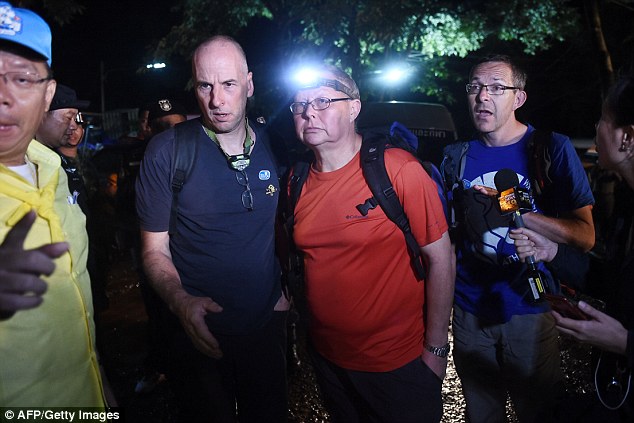 Mr Volanthen was part of a team of seven British divers who travelled to Thailand to take part in the rescue operation. Pictured left to right: Richard Stnaton, Charles Harper and Mr Volanthen

The Thai authorities called in 90 special forces soldiers from across the world, but it was the team of seven British divers that were instrumental in their rescue.

Mr Volanthen, an IT consultant, a volunteer for the South and Mid Wales Cave Rescue Team, was the first voice the boys heard after nine days trapped in the underground network.

Their rescue was completed in 18 days, and was particularly hazardous because the boys, aged 11 to 16, had to swim through tight spaces despite having no previous diving experience. 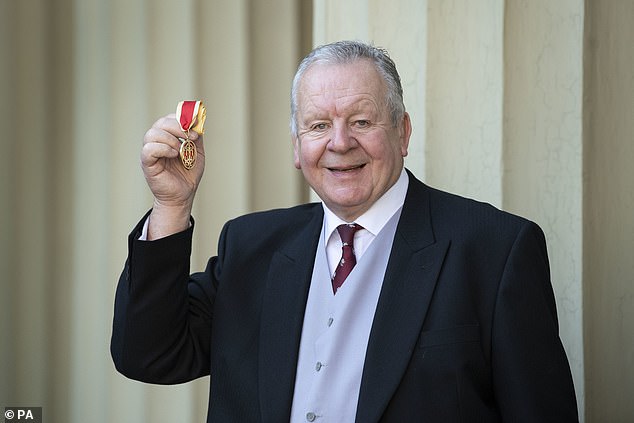 After arriving back in the UK in June, Mr Volanthen was given a heroes welcome.

He said: ‘We were very pleased and we were very relieved that they were all alive but I think at that point we realised the enormity of the situation and that’s perhaps why it took a while to get them all out.

‘We are not heroes. What we do is very calculating, very calm. It’s quite the opposite.’

Irish rugby great Willie John McBride – the most decorated player in British and Irish Lions history – collected a CBE for services to rugby.

Champion jockey Richard Johnson, who has ridden more than 3,500 winners during a 25-year career, collected his OBE for services to horse racing.

And actress Sophie Okonedo, who starred in Hotel Rwanda and more recently in Antony And Cleopatra at the National Theatre, collected a CBE for services to drama.