Another one bites the dust: Cricket Australia boss ousted – becoming third top sporting chief to lose their job due to lockdown financial crisis

Cricket Australia boss Kevin Roberts has stood down on Tuesday, making him the third major sporting chief to get the axe during the coronavirus pandemic.

Mr Roberts took the reins 20 months ago following the scandalous ball-tampering saga but since the COVID-19 lockdown was announced in March, the chief executive has fallen out of favour with Cricket Australia’s board.

The relationship soured when Mr Roberts stood down 80 percent of Cricket Australia staff on April 16 – a move which blindsided board members. 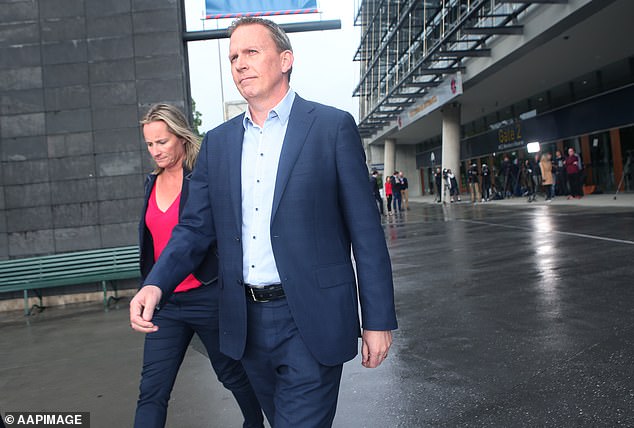 ‘He’s led a panic, a very premature panic, on the pandemic for no great reason and no reason he’s been able to explain transparently to the states and the players,’ former Australian wicketkeeper Ian Healy told SEN radio.

His departure followed that of Rugby Australia chief Raelene Castle and the NRL’s Todd Greenberg in being pushed aside as those sports also lurched into financial crisis due to the coronavirus lockdown.

Healy said Roberts should not be the only person held to account at Cricket Australia.

‘Kevin’s going to cop it… but how does the board let that happen?’

‘Not only has Kevin implemented a lot of strategies that have turned a lot of people sour … the board of Cricket Australia has overseen all that.’

‘Cricket, like all national sports, has been going through a period of significant change and – in recent months we have had the added uncertainty delivered by COVID-19,’ Eddings said in a statement.

‘The entire cricket community has been affected and difficult decisions have been – and will continue to be necessary – to ensure that cricket at every level is in the best shape it can be now and in the future.

‘It is essential that Cricket Australia continues to provide strong leadership and works constructively with everyone who has an interest in the future of the game – the players, all employees, the state associations, commercial partners and supporters.’

The man appointed to the top job is Englishman Nick Hockley, who is currently serving as the chief executive of the Twenty20 World Cup organising committee in Australia. 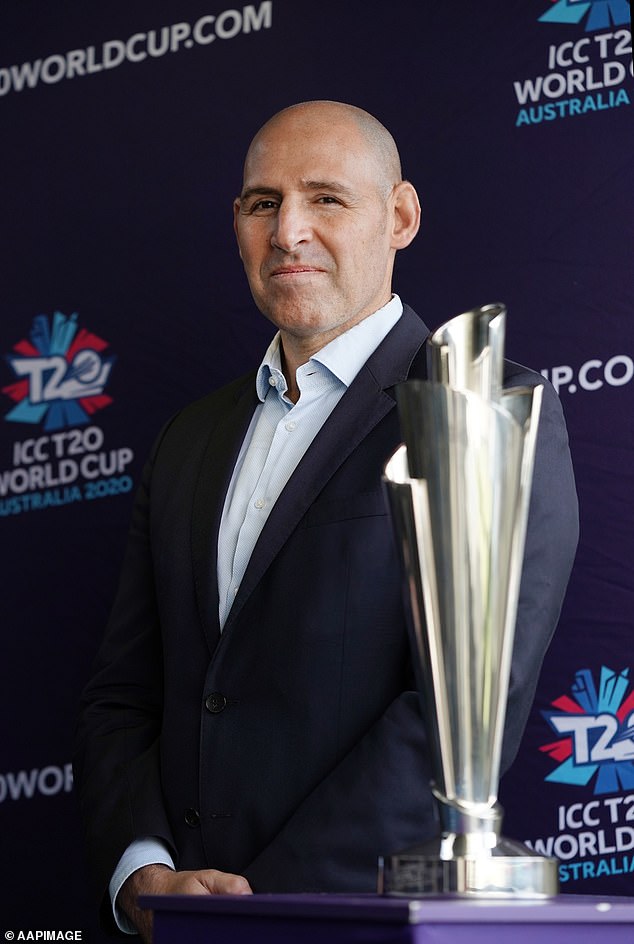 Englishman Nick Hockley, who is currently serving as the chief executive of the Twenty20 World Cup organising committee in Australia has taken over as Cricket Australia CEO

While both Greenberg and Castle had been victims of circumstances surrounding the pandemic, the pair had been under pressure long before the outbreak began.

Questions were raised about rugby league administration when the NRL found itself in a dire financial crisis after the 2020 season was temporarily suspended.

With no TV rights money rolling in from Fox Sports and Channel 9, it appeared the code may even go bankrupt.

‘It has taken the current crisis affecting the world to fast-track what was always inevitable,’ Rugby League columnist Paul Kent wrote in the Daily Telegraph.

‘The game has done a poor job of managing its finances through the Commission era but now has a chance to correct itself.

‘In some ways, the COVID-19 crisis will be an opportunity for the NRL.’ 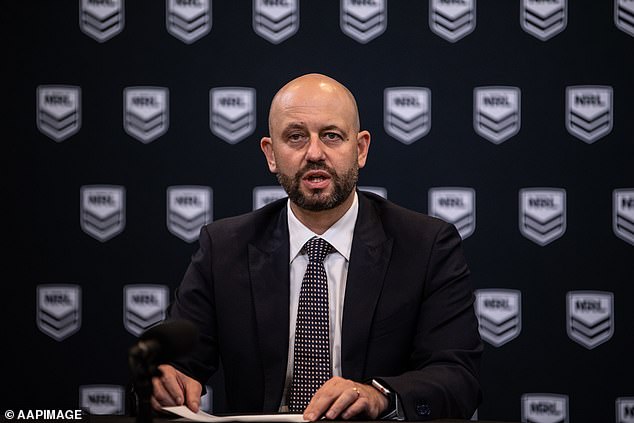 Raelene Castle’s tenure at Rugby Australia came to an end on April 23 after the chief executive failed to secure a TV broadcast deal and dwindling participation rates at the grass-roots level of the game.

But the final nail in the coffin came when 11 ex-Wallaby captains signed an open letter calling on Ms Castle to resign. 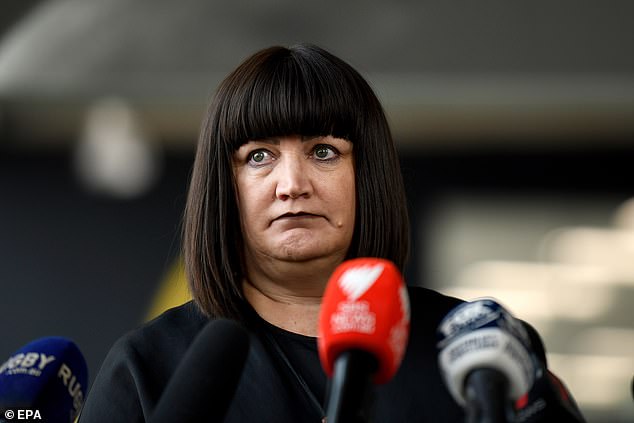