James Sutherland is receiving widespread criticism after announcing that he will not be stepping down as CEO of Cricket Australia in the wake of the recent ball-tampering scandal.

Speaking to the media in Johannesburg on Friday morning, Sutherland announced that he is ‘still committed to Cricket Australia and won’t be resigning’ – despite coach Darren Lehmann’s decision to step down a few hours earlier.

The CA boss invited further condemnation after admitting that he was yet to watch captain Steve Smith’s emotional press conference. 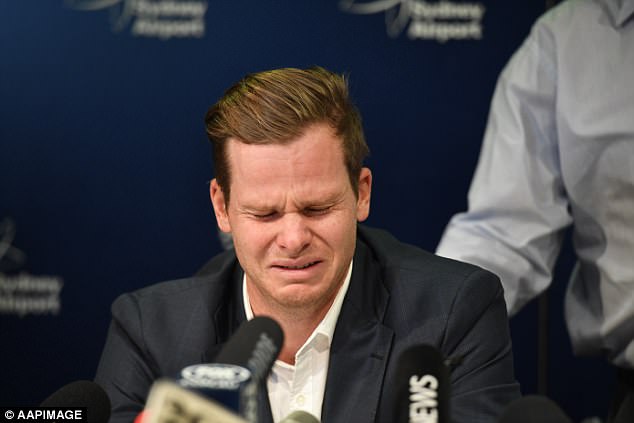 Sutherland admitted that ‘I haven’t seen Steve Smith’s press conference but I have had a lot of messages and will watch it… Our hearts go out to the three suspended players right now.’

‘I haven’t seen Steve Smith’s press conference but I have had a lot of messages and will watch it,’ he said. ‘I know how sad and remorseful he is. Our hearts go out to the three suspended players right now.’

Cricket fans around the world have taken to social media to express their outrage, with many calling Sutherland’s seemingly flippant attitude ‘disrespectful’ and calling for his resignation.

‘For Sutherland to not have seen Smith’s press conference hours after it happened is either untrue or completely disrespectful’ said one commentator on Twitter. ‘You need to step aside. You are no leader.’

Many have called for Sutherland’s resignation, questioning his leadership and criticising his reluctance to take responsibility for the ball-tampering scandal

Sutherland endured critique earlier in the week for his refusal to use the word ‘cheating’ in reference to the ball-tampering scandal, with Today Show co-host Karl Stefanovic delivering a savage rebuke against the CA boss.

‘James Sutherland’s response was pathetic. He was questioned directly about cheating, and refused to answer,’ Stefanovic said in a scathing monologue on Wednesday morning.

‘James Sutherland’s response was – at best – weak. At worst, negligent.

Darren Lehmann, meanwhile, is being commended for his decision to step down as coach of the Australian cricket team after the fourth Test in South Africa. 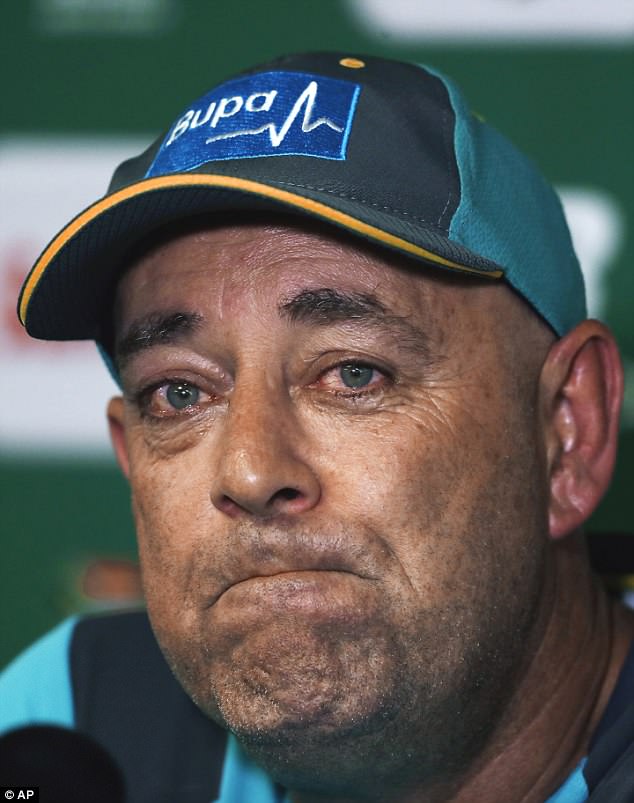 Darren Lehmann announced his resignation a few hours before Sutherland’s press conference, claiming that he made the decision after seeing Smith and Bancroft’s emotional public appearances

Despite being cleared of any involvement in so-called #SandpaperGate, a visibly saddened Lehmann announced his resignation following the heart-wrenching press conferences given by Steve Smith and Cameron Bancroft.

‘Despite telling media yesterday that I’m not resigning, after hearing Steve and Cameron’s hurting, it’s only fair that I make this decision,’ said Lehmann.

‘This is the right thing for Australian cricket.’

The move has placed additional pressure on Sutherland to address the ball-tampering issue head on, and prompted many to question how long he can survive the scandal. 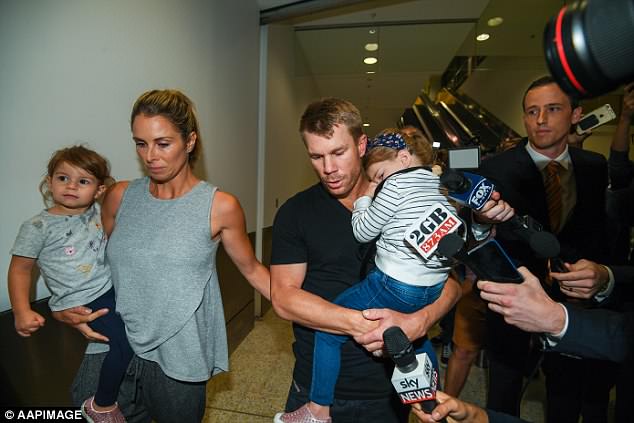 Vice captain David Warner arrived at Sydney International Airport on Thursday night,dodging questions concerning Darren Lehmann and neglecting to apologise for his part in the scandal

Vice captain David Warner arrived back into Sydney on Thursday night following his expulsion from the South Africa test.

Dodging questions regarding coach Darren Lehmann’s shock resignation, Warner declared that the saga has been an emotional time for his wife and kids.

Warner has also drawn criticism, however, for his unapologetic attitude toward the scandal and his failure to take his full share of responsibility, with many cricket fans labelling him a ‘coward’. 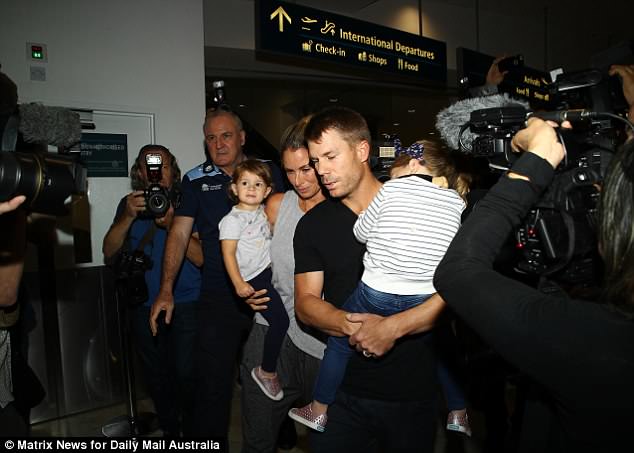