‘I’m human. I can’t blame the shoes’: Cricket star Dwayne Bravo falls face-first in the middle of the pitch and is run out without facing a ball while wearing ‘World’s Hottest Man’ trainers

By Andrew Prentice For Daily Mail Australia and Zoe Zaczek

Representing the Melbourne Stars in a Big Bash game versus the Sydney Sixers, the powerful batsman, wearing custom-made shoes declaring him the ‘Hottest Man Alive’, lost his footing just moments after joining Glenn Maxwell at the crease.

If that wasn’t bad enough, Bravo fell face-first into the ground, with the home crowd anything but sympathetic.

Bravo was run out without facing a ball, known as a diamond duck in cricket circles.

The colourful former West Indies captain saw the funny side of the situation when he reflected on his unusual dismissal after the game.

‘It’s a funny way to get out without facing a ball, very embarrassing, but I’m happy that we won so that makes me feel better.’

Bravo fared better in the field, snaring two catches in the Stars’ big win which ensured they qualified for a semi-final clash on the road against the Hobart Hurricanes this Thursday.

The 35-year-old debuted his Adidas sneakers last Friday night against Brisbane Heat at the Gabba.

The Trinidad based cricketer, also known as DJ Bravo, is not shy about attracting media attention and is pursuing a music career once he hangs up his spikes.

He recently released his second song, Asia, which features famous cricketers such as Indian skipper Virat Kohli. His first song, Champion, is about sporting heroes.

At the end of last month, Bravo also attracted attention by playing with a completely green bat to match his Stars team uniform. 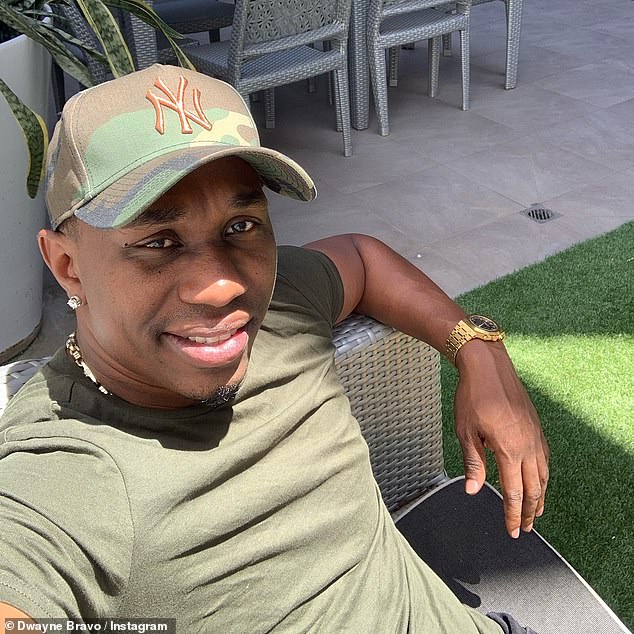 The Trinidad-born cricketer, also known as DJ Bravo, is not shy about attracting media attention and is pursuing a career in music 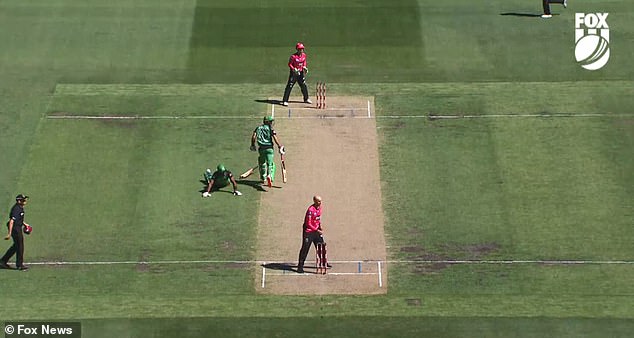