Ball tampering scandals are nothing new to cricket with Steve Smith and Cameron Bancroft the latest to fall foul of the game’s laws.

Pundits, commentators and fans condemned the Australian captain and his opening batsman after they admitted tampering with the ball in the Third Test in South Africa.

Smith and Bancroft are awaiting their fate with fans and former players calling for the skipper to be sacked.

But there have been many incidents throughout the game’s long history which cause the highest levels of controversy and disgrace.

‘Mintgate’ as the controversy became known was caught during the Hobart Test in 2016.

He was found guilty of using the saliva from a mint to boost the shine on the ball. 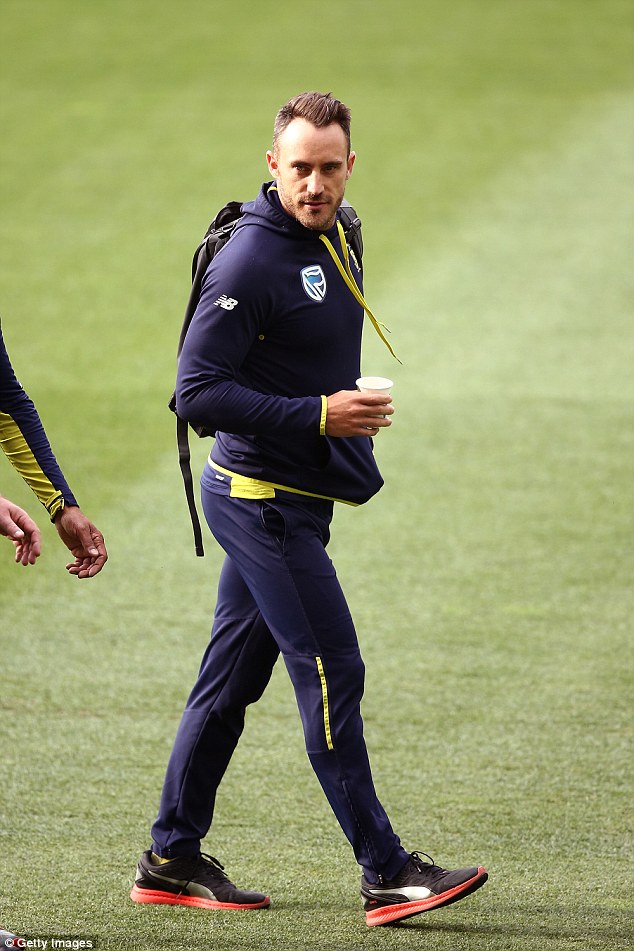 BALL TAMPERING AND THE LAWS OF CRICKET

The laws of the game state the condition of the ball must not be altered.

Law 42.5 reads: ‘No-one shall rub the ball on the ground, or use any artificial substance, or take any other action to alter the condition of the ball.’

Tampering can give the fielding side an advantage by physically changing the ball unnaturally.

Throughout the course of the game, the ball changes shape, gets battered around and loses its shine naturally.

While shining the ball is not seen as altering the condition as the ball was shiny to start off with.

It is the use of a foreign object and the deliberate act to change the properties of the ball to make it behave more in the fielding side’s favour which leads to the controversy when it happens.

The South African batsman was fined 100 per cent of his match fee but did not face a ban.

It was the second time Du Plessis had been caught after footage showed him rubbing the ball on a zip on his trousers during the 2013 Test between South Africa and Pakistan in Dubai.

For that incident he was fined 50 per cent of his match fee.

In 1994, the England captain Michael Atherton was caught in what became known as the ‘dirt in the pocket scandal’.

It was the first time South Africa had returned to Lord’s after being cast out into cricketing wilderness during the apartheid years.

Atherton was fined £2,000 ($3,700) by the England Cricket Board after TV footage saw him rubbing dirt on to the ball from his pockets. 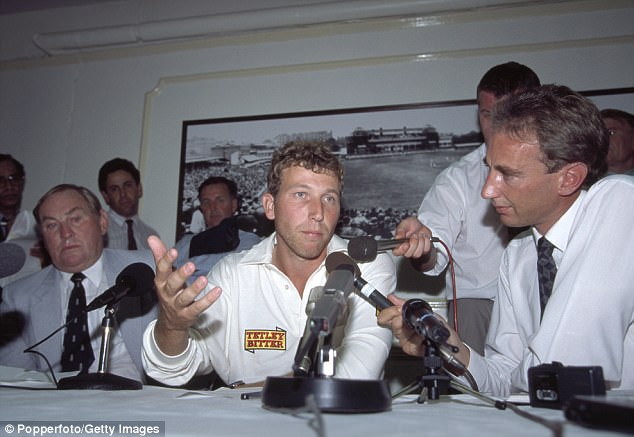 He denied ball tampering telling team managers he was trying to maintain the condition of the ball rather than altering it.

But when he was hauled into match referee Peter Burge’s office he reportedly told him it was to dry his sweaty hands.

The abandoned Test between England and Pakistan at The Oval in August 2006 sparked huge furore.

The umpires accused the Pakistan team of tampering with the ball during England’s second innings.

In protest, the Pakistan team led by Inzamam-ul-Haq refused to take the field after tea on the fourth day.

The historic moment Australian umpire Darrell Hair removed the bails from the stumps signified the end of the match. 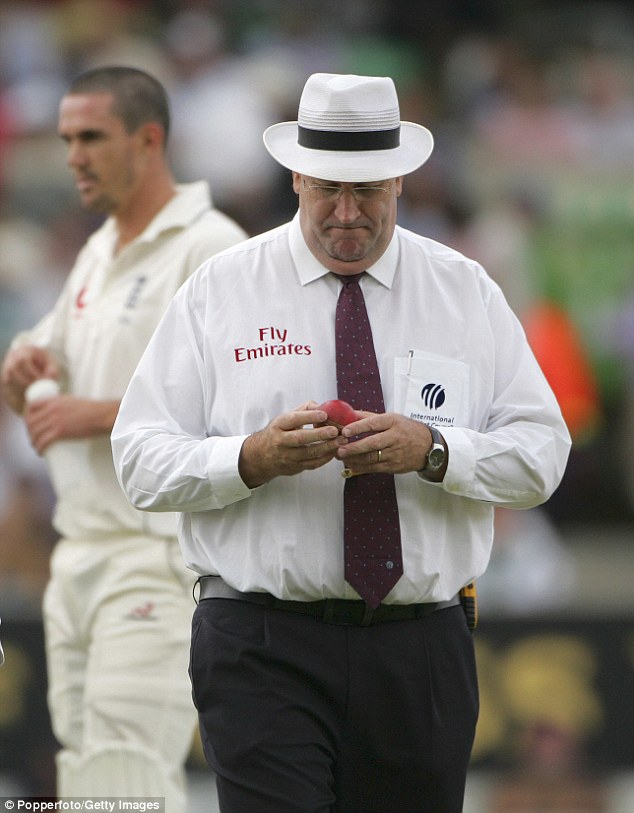 But Hair was vilified by the Pakistani public as a ‘mini Hitler’ for his part in alleging the team had tampered and altered the condition of the ball.

Inzamam was charged and found guilty of bringing the game into disrepute for refusing to play but was cleared of ball tampering allegations.

The match was awarded as a win for England but the International Cricket Council (ICC) changed the result after Pakistan requested it be classified as abandoned or drawn. The ICC overturned its decision back to an England win in 2009. 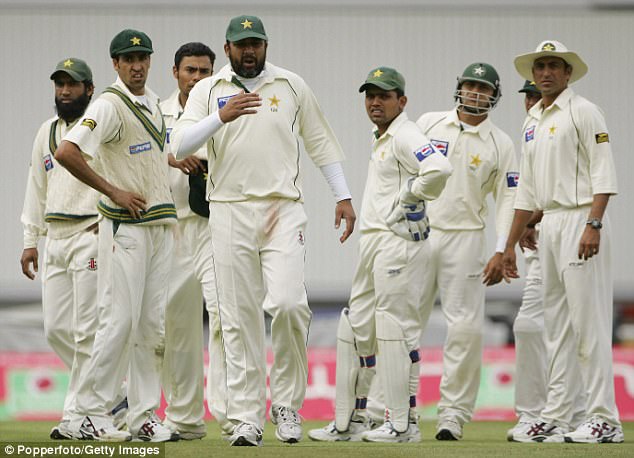 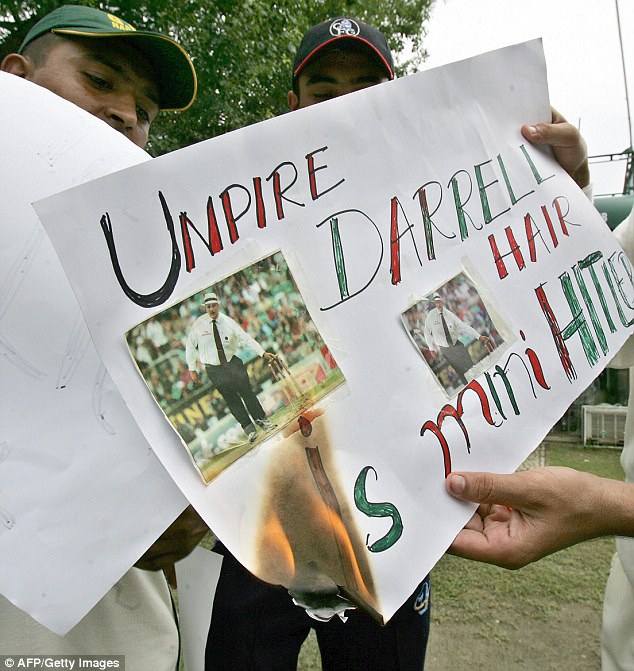 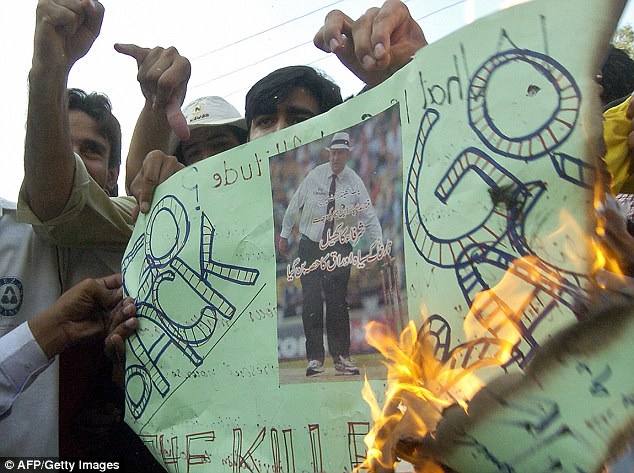 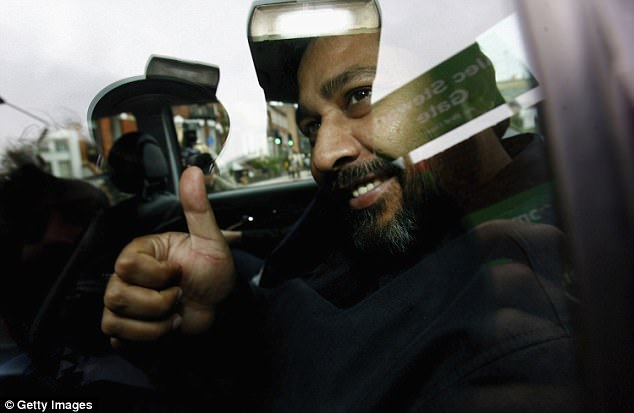 Previous Pakistan teams were accused as well before as suspicion – albeit unproven – surrounded the deadly duo of Waqar Younis and Wasim Akram, who were masters of reverse swing.

Imran Khan, the country’s legendary all-rounder, former captain and later president admitted using a bottle top to gouge the ball when he was playing for Sussex in 1981.

One of his successors, Aamer Sohail accused Khan’s practice of ball tampering as ruining the reputation of Pakistani cricket and damaging the side by encouraging other bowlers to do the same. 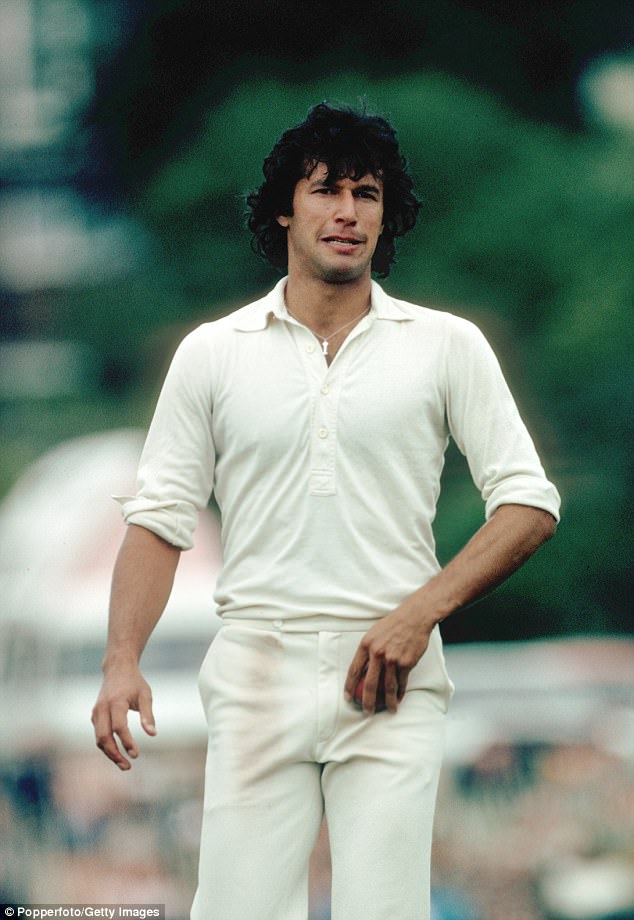 Imran Khan, the legendary Pakistani all-rounder admitted using a bottle top to gouge the ball when he was playing for Sussex in 1981

During a rain-affected test in Durban in 1995 against England, the South African opening bowler Craig Matthews faced allegations of lifting the seam.

He took the remarkable step of entering a press conference holding a ball and explaining a personal habit had been misconstrued on the back of footage from the previous day’s play.

Match referee Clive Lloyd, the former West Indies captain, dismissed the allegations adding he felt there was ‘no case to answer’. 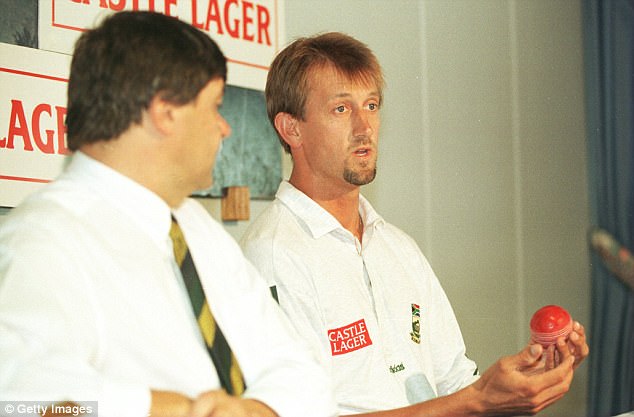 In January 1987, cricket almost created an international incident between England and Pakistan when the two sides met in Pakistan.

Mike Gatting, the then England captain, was infamously involved in a major row with the home side’s umpire, Shakoor Rana and the finger wagging incident.

It was a controversial and public bust up which spilled out on the pitch.

Gatting was accused of tampering and called a cheat by the Pakistani umpire who had taken exception to a field placement decision. 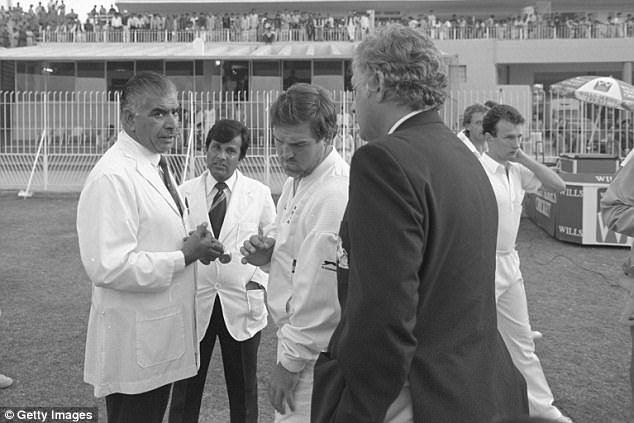 Standing in as Pakistan captain during the fifth one-day international in Perth, Shahid Afridi was seen biting the ball.

He was subsequently banned for two matches after admitting ball tampering in an odd way to raise the seam.

Afridi later said he was trying to smell the ball but admitted the charge. 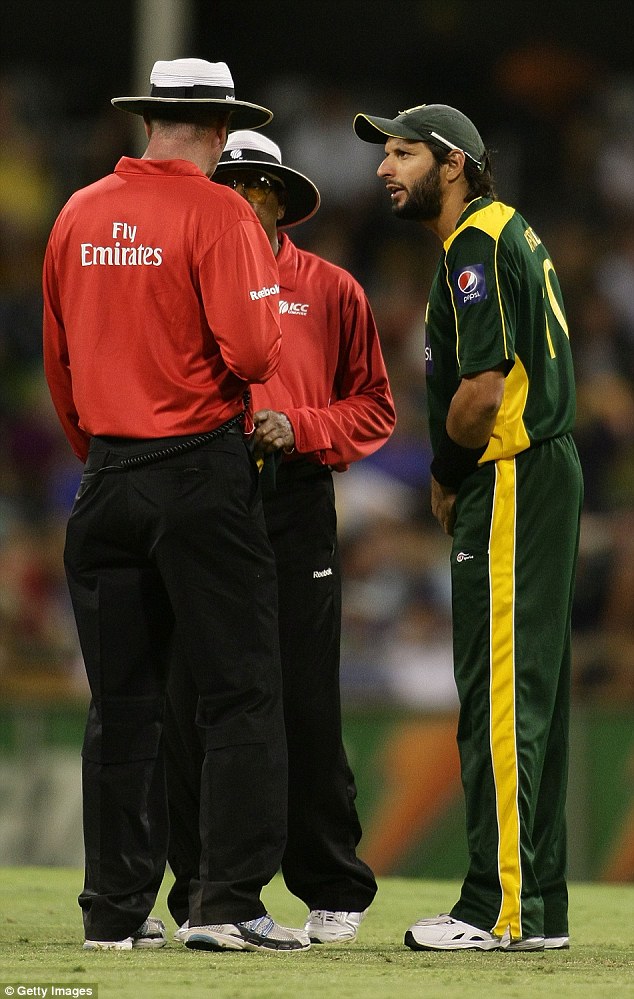