A criminologist has claimed that traditional bikies would be ‘highly embarrassed’ by two ex-gang members’ public social media feud.

In February, Geppert – who made headlines after being booted off Hamilton Island by police while on holiday – attacked Pechey in a lengthy Instagram post.

Brett ‘Kaos’ Pechey (right with his model girlfriend), the former president of a Queensland Bandidos chapter, has been in an expletive-laden rant by an ex-Hells Angels member 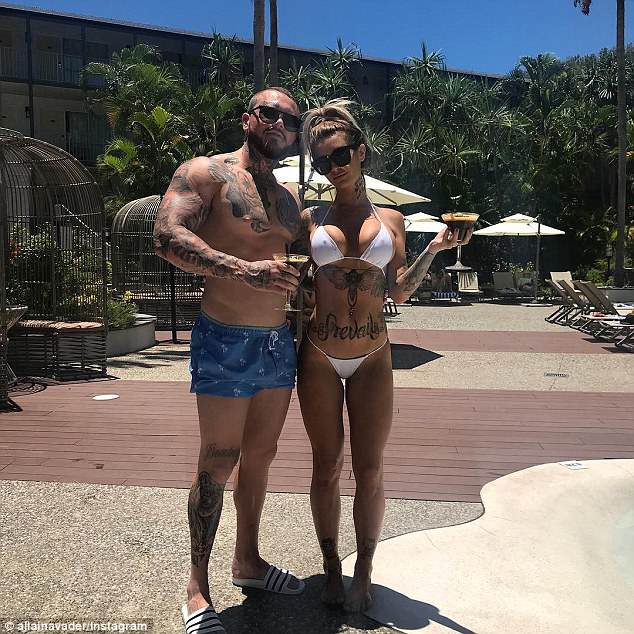 The 26-year-old bikie called Pechey, 31, a ‘dog’ and accused him of ‘talking to the task force’ [the police], just weeks after the pair met through their Instagram-famous girlfriends, who are cousins.

He later wrote: ‘Kaos you weak boneyard dog… don’t hide behind me for protection. Ya know where I live so come be a man.’

Now the pair have been criticised by a criminologist for their ‘schoolboy’ behaviour. 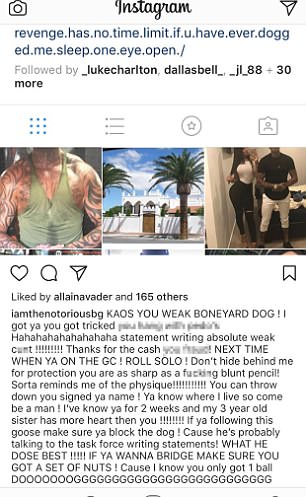 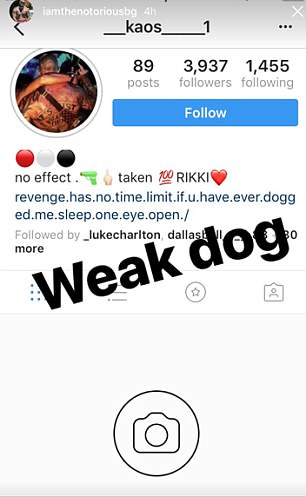 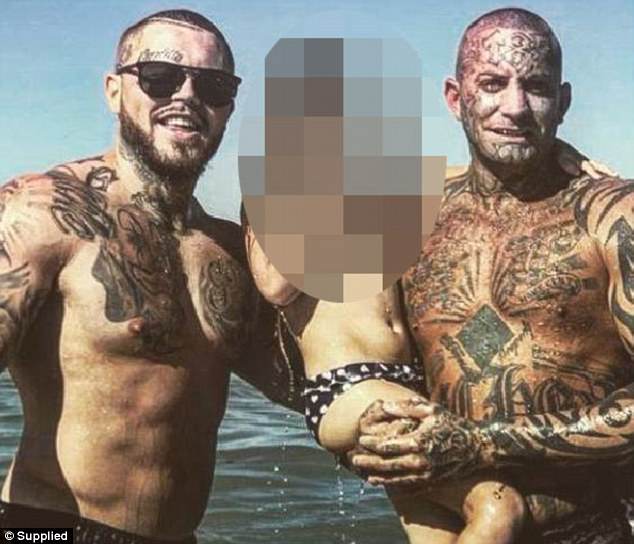 Geppert (left) and Pechey (right), who are both based in Queensland, had just weeks before their brawl shared pictures together and regularly commented on one another’s posts 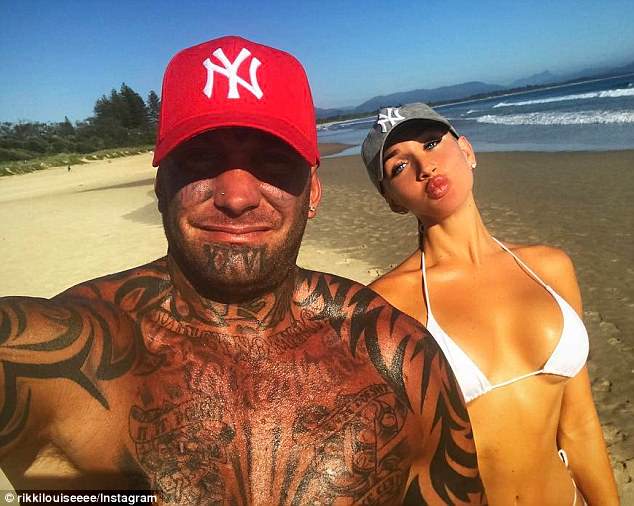 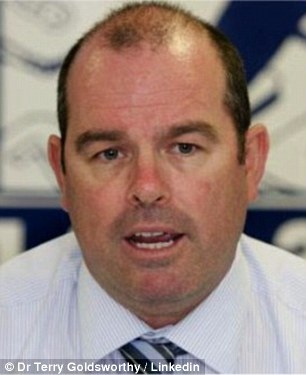 Dr Terry Goldsworthy of Bond University told The Courier-Mail: ‘If you look at the behaviour of those two it would probably be highly embarrassing to the traditional old style bikies that this type of behaviour is undertaken.

‘It’s almost like schoolboy stuff but I guess it’s a reflection of the wider society that we all live our lives on social media now and it’s about how many likes you get and how many views you get.’

Before their mysterious falling out, the Gold Coast pair shared pictures together and regularly made friendly comments on one another’s posts.

At one stage Pechey wrote to Geppert: ‘Nothing but love for u [sic] always brother’.

More than 8,000 social media users had a front row seat to their falling out.

Both bikies have amassed large Instagram followings in recent years, but their social followings pale in comparison to their partners’.

Geppert’s girlfriend Allaina Vader boasts 158,000 followers, while Pechey’s amateur model partner Rikki Jones has more than 30,000. They no longer follow each other. 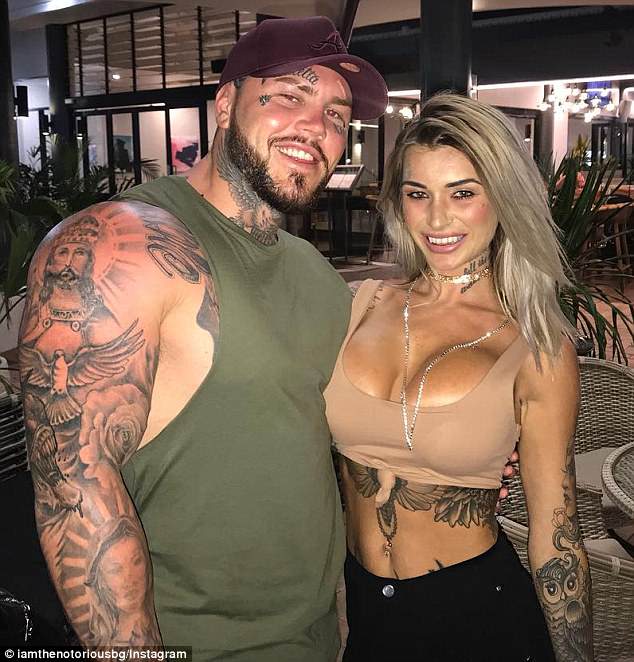 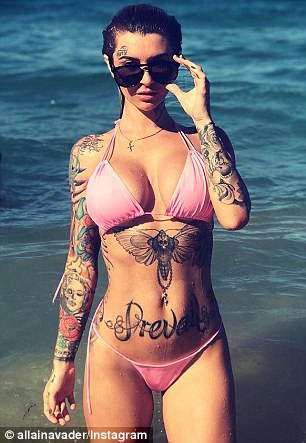 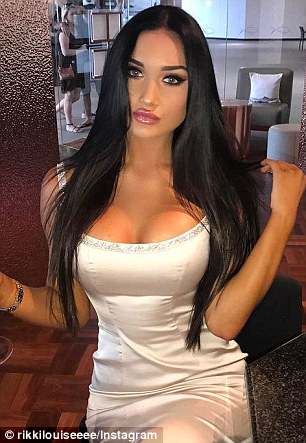 Both bikies have amassed large Instagram followings in recent years, but their social followings pale in comparison to their partners Ms Vader (left) and Ms Jones (right) 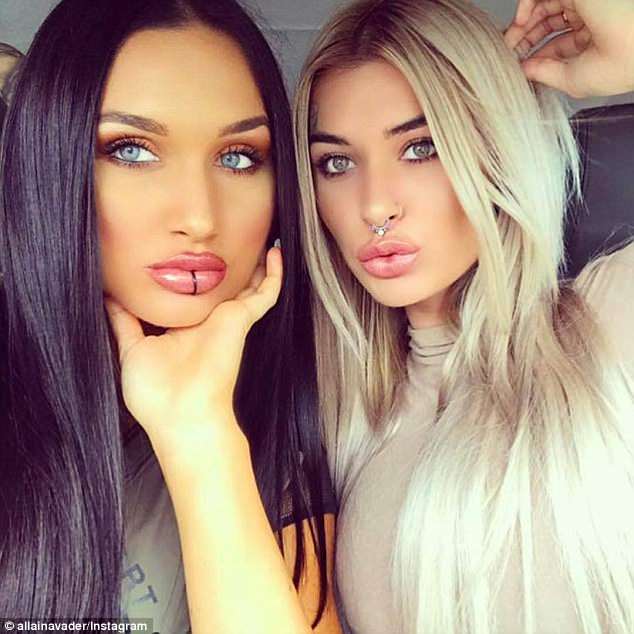 Ms Jones and Ms Vader unfollowed each other on Instagram in February, seemingly in the wake of their partner’s fight