There is a goals problem at Real Madrid this season. Across La Liga and the Champions League Zinedine Zidane’s team have scored just 36 goals.

Compare that to the 67 scored by Paris Saint-Germain, the 53 from Manchester City and the 40 (despite to Champions League 0-0s) from Barcelona and it is clear that Real have problems to solve.

With Gareth Bale out injured, the finger of blame is being pointed at the other two members of the once lauded BBC – Karim Benzema and Cristiano Ronaldo. Sportsmail has taken a look at what is troubling the two in front of goal. 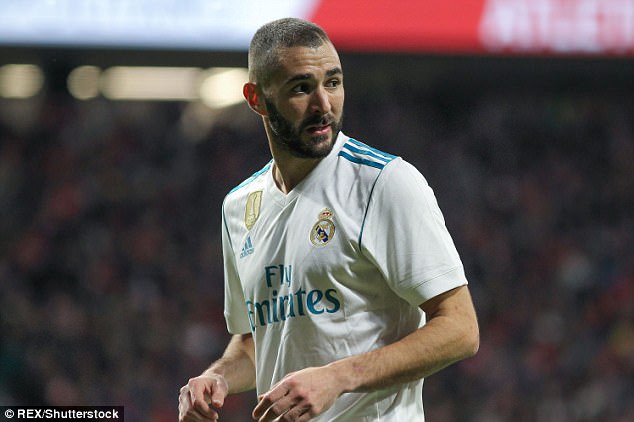 How bad have Benzema and Ronaldo been?

In the league they have scored two just goals between them, contributing to the fact that Real Madrid are third in the table 10 points behind Barcelona.

Did they not score four between them in midweek?

Ronaldo is the Champions League’s top scorer which makes his league form all the more puzzling.

His double on Tuesday came amid one of the poorest defensive displays from any team in the Champions League this season, from APOEL.

All the same, he has delivered against the likes of Dortmund and to a certain extent Spurs. Benzema also looks better in Europe. 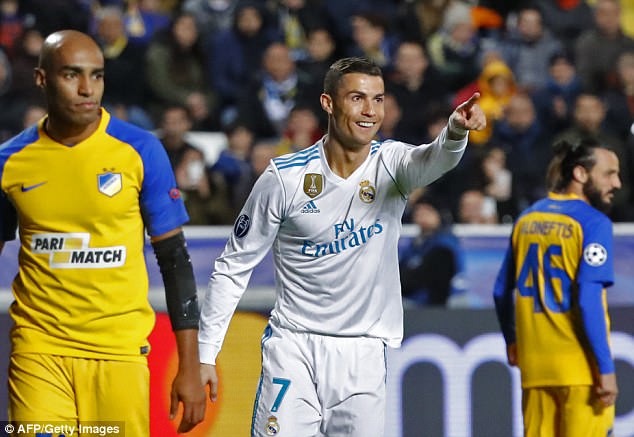 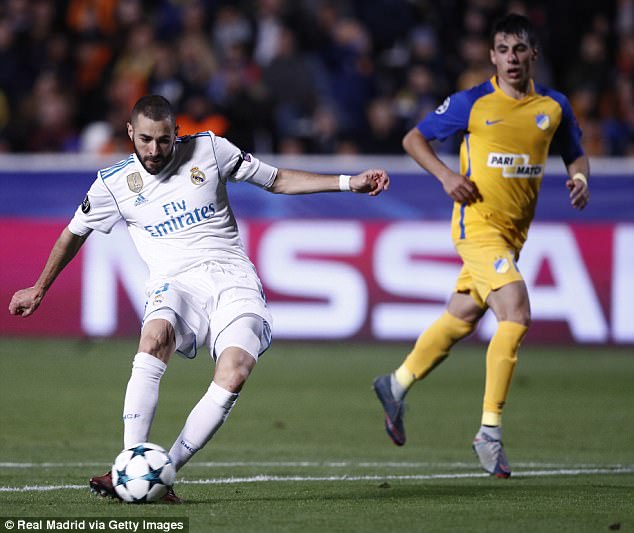 Have the supporters turned on them?

Ronaldo has not been criticised but supporters don’t really understand the patience shown towards Benzema.

Keeping him at 29 and selling Alvaro Morata at 24 looks dafter with every passing week of the season.

What is Zidane’s solution?

He doesn’t seem to have one. Which was always the doubt with Zidane. People assumed he e would be brilliant while things ran smoothly, being inspirational by just being Zidane, and not tinkering with things that were not broken.

But there was always a fear he would struggle when problems needed solving.

Madrid play with Benzema and Ronaldo up top, Isco just behind at the top of a midfield diamond that has Casemiro at its base and Modric and Kroos either side.

That’s been the favoured line-up and it is what most expect to see against Malaga. 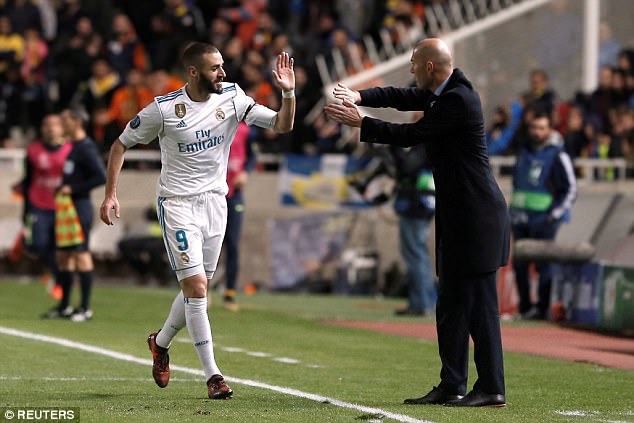 That looks great on paper. Why is it not working?

When Ronaldo’s starting position was wide left he could surge inside on to his right foot and so many of his goals came from making that run.

He got plenty of headed goals too by making late well-timed runs towards the six-yard box.

Now he is in a two, his starting position is more central it’s more difficult for him to find space, and he’s easier to mark. 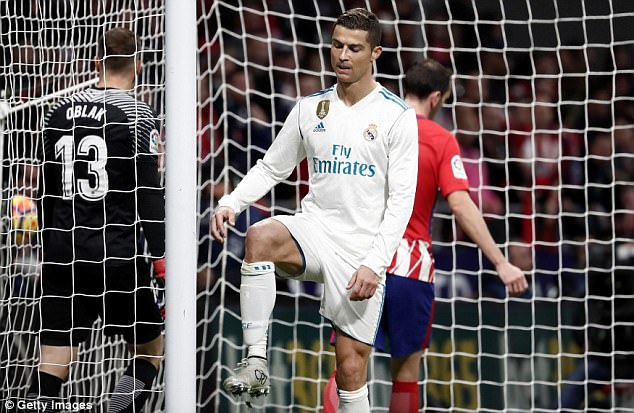 Ronaldo has been used as a central striker, which stops him from cutting in from the left

The old BBC front three left Benzema in the middle between Bale and Ronaldo and he could drop into the space off the forward line.

That area is now occupied by Isco. He has to run the channels a little more and that does not play to his strengths.

But Zidane’s sticking with it. Can it come good?

Well, Dani Carvajal is back, which could make a difference. Spain’s best right back opens out the pitch for Madrid.

His attacking threat creates space and he provides a lot of assists. Marcelo does likewise on the left and has also been missing both literally and metaphorically this season.

When those two are playing well it makes a big difference. 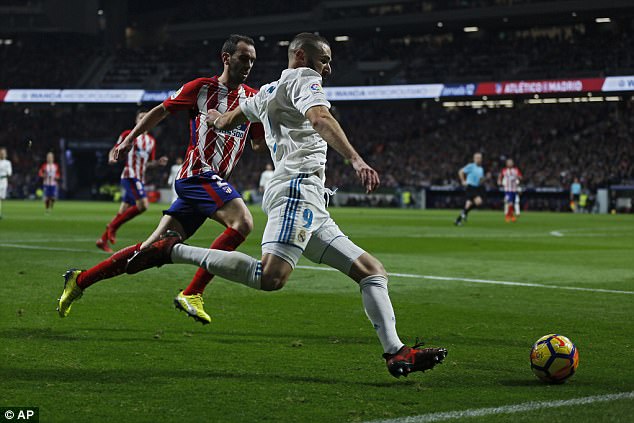 Whatever happened to Asensio?

That’s what Madrid fans have been asking. If his speed, power and flair for spectacular goals is good enough for the Spain team, why does it not get him a starting place for Madrid.

Zidane protects his senior players and shows them a lot of respect.

Just as it seemed he could no longer justify doing that, Benzema and Ronaldo got doubles in midweek and so the show will go on – especially as Asensio has a strain and is doubtful this weekend. 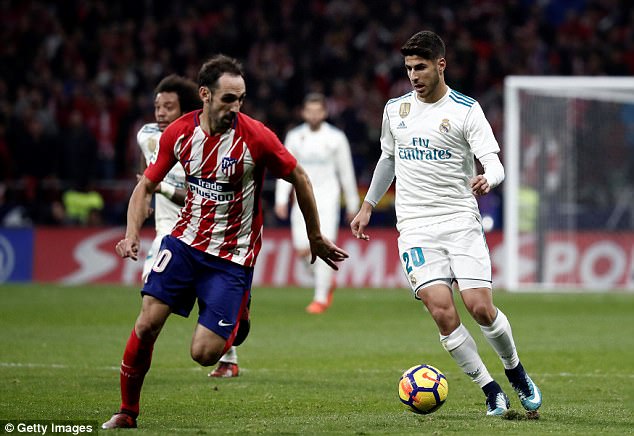 And there is no sign of Bale returning. Are Benzema and Ronaldo missing him?

No. And yes. Bale opens up the pitch because teams have to defend deep against his pace.

Zidane was always criticized for saying the BBC would always play if fit but they won two Champions Leagues together.

Unfortunately, Bale has now been out for 59 days. There was a suggestion he might return this weekend but that now looks unlikely.

Is it maybe time to just rip up the old BBC blueprint and start again in the summer?

That’s what the supporters want. They want a team built around the talents and needs of Isco and Asensio.

And if Spain do well at Russia 2018 playing passing football and maybe even with Asensio as a false nine then the pressure will be on Florentino Perez to create a side that can play the same way.

Potential targets Dele Alli and Paulo Dybala would both be ideal for such a reinvention. 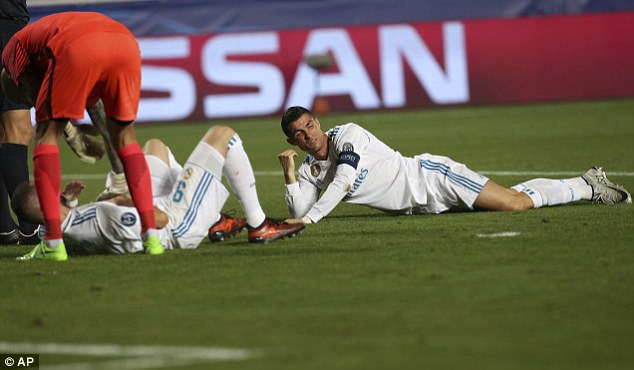 In the meantime, what’s the plan for the rest of this season?

Bale will eventually shake-off his injuries and Benzema and Ronaldo will transfer their European form to La Liga.

Asensio will have his chance again and the return of Mateo Kovacic and a greater use of Dani Ceballos, the Spain under-21 midfielder, who seems to score every time he takes to the pitch, will see things improve.

Madrid have the big guns. It’s only a matter of time before they are all firing.