Cristiano Ronaldo averages a goal every 65 minutes against Bayern Munich

Real Madrid may have Cristiano Ronaldo, but as they prepare to face their old European rivals on Wednesday night, Bayern Munich know that they have their own secret weapon. His name is Jupp Heynckes.

At 72 years old, Heynckes may not be in quite the shape that Ronaldo is in, but he is as invaluable to Bayern as the Portuguese is to Real Madrid. And in Madrid, they know it.

‘I know full well that he is a top coach,’ said Toni Kroos, who played under Heynckes at Bayer Leverkusen and Bayern before moving to Madrid in 2014, to uefa.com. ‘He has changed the atmosphere at Bayern since coming back, and they will be more difficult to beat than they were last year.’ 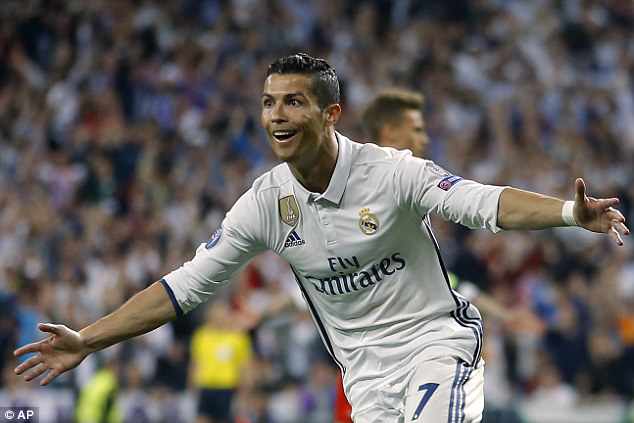 Madrid have every reason to be cautious of the Bayern coach. The last time they lost to Bayern was in the Champions League semi-final in 2012, when Heynckes was in charge and Bayern still had a reputation as ‘La Bestia Negra’ – a bogey team for Madrid.

Since then, that reputation has suffered, as Ronaldo and Co have put Bayern sides under Pep Guardiola and Carlo Ancelotti to the sword. But now, Heynckes is back, and he is ready to revive the ‘Black Beast’.

‘I am very optimistic,’ said Heynckes on Tuesday. ‘We have a fantastic atmosphere in the team, and with willpower, you can move mountains.’

Whether you can beat Real Madrid through willpower alone is up for debate, but if any team can do it, it is Heynckes’ Bayern. As Kroos remarked, Heynckes has transformed Bayern in the last 10 months, turning an ageing, crisis-struck team back into potential world-beaters.

Having completely imploded in the first few weeks of the season, Bayern are now just four wins away from emulating their Treble-winning exploits under Heynckes in 2013. Two of them, though, are against Real Madrid, and beating the likes of Ronaldo is an entirely different kettle of fish to firing six goals past Borussia Dortmund or Bayer Leverkusen.

‘Bayern’s moment of truth will come tonight,’ wrote Bild on Wednesday morning. After strolling to the title and the German Cup final, all now depends on whether Bayern can avoid a Champions League exit to a Spanish side for the fifth time in a row.

History, though, does not bother Heynckes, and neither do superstars such as Ronaldo. The veteran manager, who has won the Champions League with both Bayern and Real Madrid, pointed out that Munich have their own superstar in Robert Lewandowski. In any case, he believes, you don’t come to rule Europe on the back of individual talent alone.

‘You can’t buy the Champions League,’ he said. ‘A team has to grow, the players have to get along with each other. The team that wins will always be the most homogenous, the one which plays successful football together.’

A master of careful wording, there is little doubt about the point Heynckes was making. His team, he says, is a good enough unit to overcome the individual quality of Madrid. His players, moreover, seem to agree with him.

‘Ronaldo has almost no weaknesses. It will only work if we play as a team,’ said Jerome Boateng, while Arjen Robben assured reporters that Bayern ‘have a plan’ for the Portuguese star. 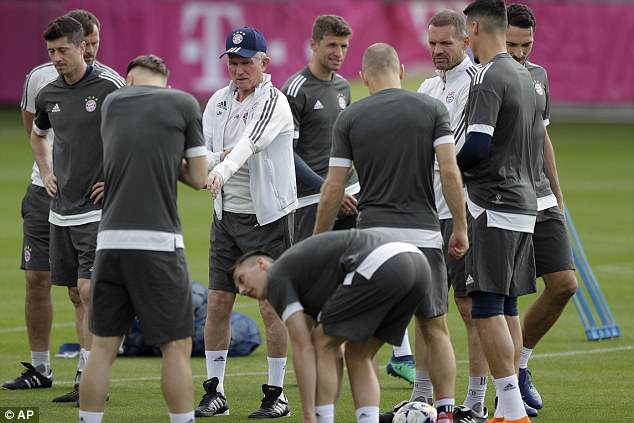 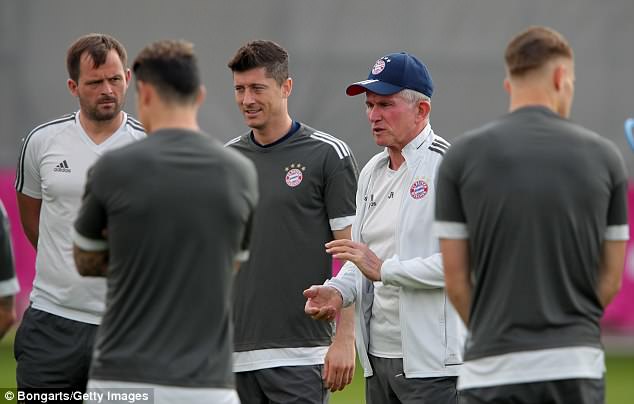 They know all too well how badly Ronaldo can hurt them. It was with some alarm that Bild reported on Wednesday morning that Ronaldo had scored an average of one goal in every 65 minutes he has played against Bayern. Over two legs, that could add up to a game-changing influence.

Yet Heynckes, as ever, remains unfazed. This, after all, is a man who has never been knocked out of the Champions League before the final. For all the threat of Ronaldo, there is the counter-threat of Lewandowski. For all the statistics that speak against Bayern, there are others which speak in their favour.

‘I am a rational person, so I am not getting emotional about the game,’ he said. ‘That might change when the match is under way. These games are highlights which many coaches never get to enjoy.’

Just a few weeks before he goes into retirement for the second time, Heynckes has one more highlight to enjoy. One more shot at European glory, and one more heavyweight European clash. He is a coach made for such occasions. For Bayern, at least, he is worth several Ronaldos.