The Portuguese star produced a sensational solo display to help the Italians overturn a two-goal deficit to reach the last eight of the competition on Tuesday night.

The result not only nudged Juve towards a first European Cup since 1996 but also had major financial implications for his former employers thanks to the methods used by UEFA to divide prize money.

Champions League prize money is distributed in accordance with the proportional value of each TV market, also known as the market pool, represented by clubs taking part. There are also further financial benefits for going further in the tournament.

Spanish teams receive around 15 per cent of the total figure and that is then paid out to teams based on their position in La Liga in the previous season.

Diego Simeone’s side finished above Real last season and were therefore allocated more money than their city rivals, who were beaten by Ajax at the Bernabeu last week.

There was cause for delight though as Ronaldo’s hat-trick saw Atletico’s share of the prize money heavily reduce. According to The Sun, the defeat saw Real earn an additional £540,000 more than they had previously expected. 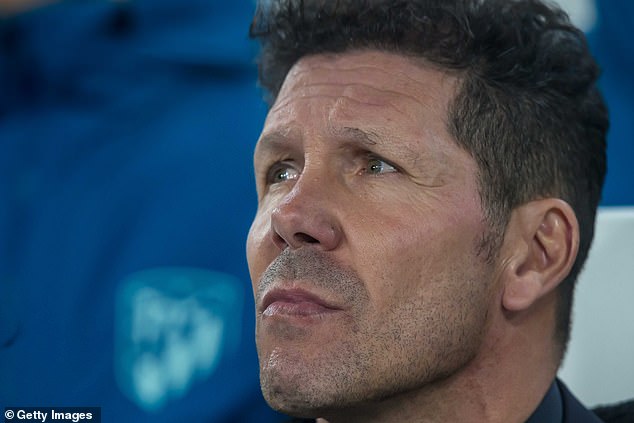 Barcelona, who are safely through to the quarter-finals after beating Lyon on Wednesday night, will also benefit too.

Their position at the top of La Liga last season already saw them earn more prize money than both of the Madrid teams and their eliminations will give Barca chance to rake in more money.

In the aftermath of his heroics Ronaldo was more than happy to reflect on what he said was one of his best nights as a player.

‘This was why Juventus brought me here, to help do things that they have never done before,’ he added. ‘This is the mentality you need to win in the Champions League.’