Cristiano Ronaldo has now won more games than any other player in Champions League history.

The 2-1 victory over Bayern Munich at Allianz Arena was Ronaldo’s 96th win in the competition, one more than Iker Casillas.

Ronaldo tops a list including Xavi, Raul and Andres Iniesta as he continues to defy age and perform at the highest level.

Cristiano Ronaldo has won more Champions League games than anyone else

The 33-year-old is the man for the big occasion and relishes the challenge of testing himself against Europe’s elite.

Having lifted the Champions League trophy on four occasions, there is a strong chance he’ll add number five to the cabinet this season.

Real will be favourites to progress with the second leg to come at the Bernabeu and records continue to tumble for the five-time Ballon d’Or winner.

Wednesday night’s game in Germany was his 151st in the Champions League, moving him level with Xavi. 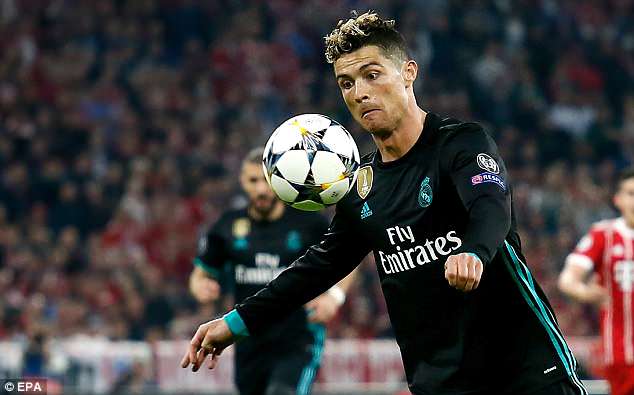 Ronaldo is 16 short of Iker Casillas’ record and given his level of professionalism it seems inevitable that he will be alone at the top before long.

He has scored 41 goals this season in all competitions and shows no signs of slowing down.

The evergreen forward has previously spoken about his desire to play until he’s 40 so he could set some remarkable benchmarks at his current rate. 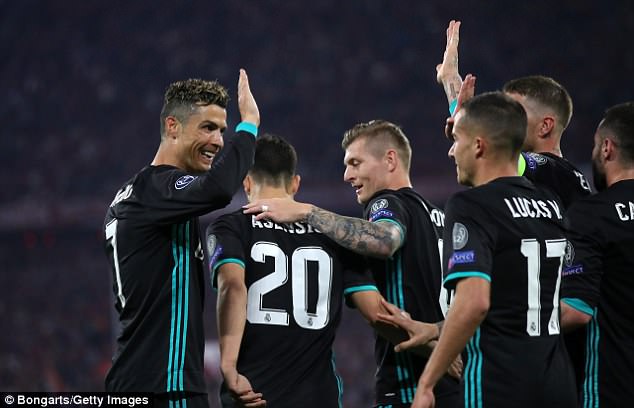