REVEALED: Cristiano Ronaldo ‘was muttering in Portuguese and ignored requests for his shirt four times’ in his post-match storm-off, says Andros Townsend… who DID eventually get hold of his kit!

Andros Townsend has revealed that a moody Cristiano Ronaldo ignored his request for his shirt four times after Everton frustrated Manchester United in Saturday’s 1-1 draw.

The Portuguese star stormed off the pitch after United dropped more points against the Toffees at Old Trafford, with Townsend, who copied Ronaldo’s trademark ‘Siu’ celebration after scoring Everton’s equaliser, chasing after him in an attempt to get his famous No 7 shirt.

The former Spurs and Crystal Palace winger caught up with the 36-year-old, who appeared to take little notice of him and kept walking towards the tunnel. 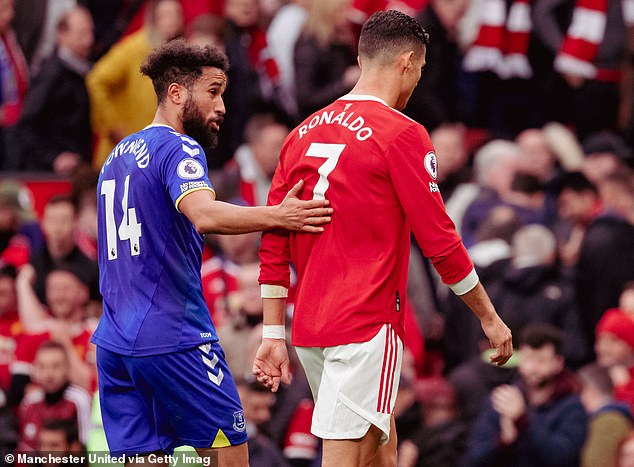 👕 “I ran straight over to Ronaldo, he was muttering in Portuguese and I asked him for his shirt 3 or 4 times!”

👀 “If Ronaldo had seen the celebration first, there’s no way I was getting that shirt!

Andros Townsend tells us what happened when he asked for Ronaldo’s shirt. 🔴 pic.twitter.com/lPF7NpS6ti

TV footage showed Ronaldo uttering a few words while looking straight ahead as Townsend patted him on the back, but the Everton man has since revealed that the former Real Madrid superstar was speaking to himself instead, rather than him.

‘I made it my goal that I was not leaving Old Trafford without Cristiano Ronaldo’s shirt,’ Townsend told talkSPORT Breakfast on Monday.

‘You saw after the final whistle, I ran straight to him, I don’t know what he was muttering but it wasn’t English.’

Eventually, however, Townsend, who has now scored five goals in nine games for Everton since joining on a free transfer last summer, persuaded Ronaldo to hand over his shirt. 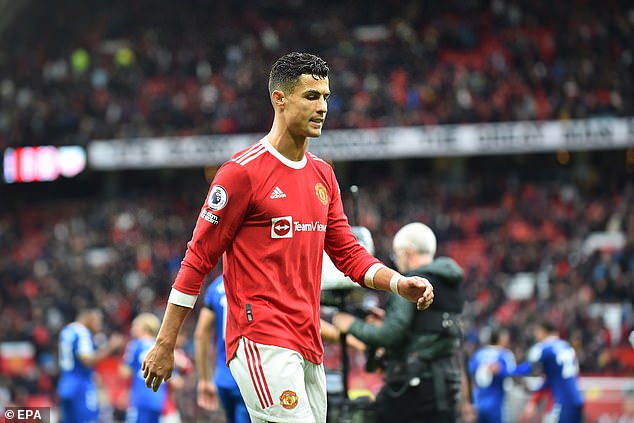 ‘He was muttering in Portuguese and I asked him three or four times for his shirt and eventually he gave in and said he would give it to me inside.’

‘I had to wait inside the dressing room and thankfully the kit man was able to sort it for me.

‘That shirt I am going to keep with me.’ 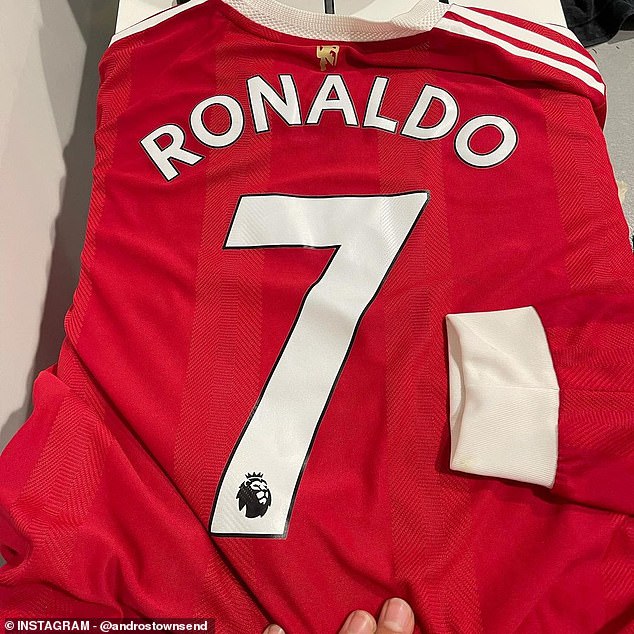 Speaking of his reenacting of Ronaldo’s famous celebration, Townsend explained it was not a spur-of-the-moment decision.

‘We were discussing it on the coach the day before on the way up to Manchester. The boys were saying, would you do it if you scored?

‘I said yeah, but the one thing they said was make sure you are winning or it is late in the game, so Ronaldo doesn’t have a chance to reply. 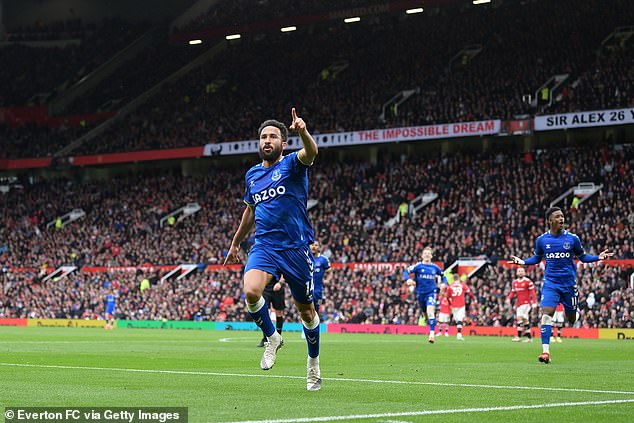 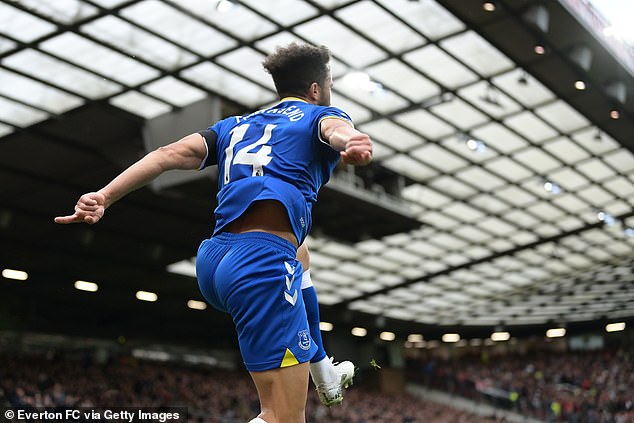 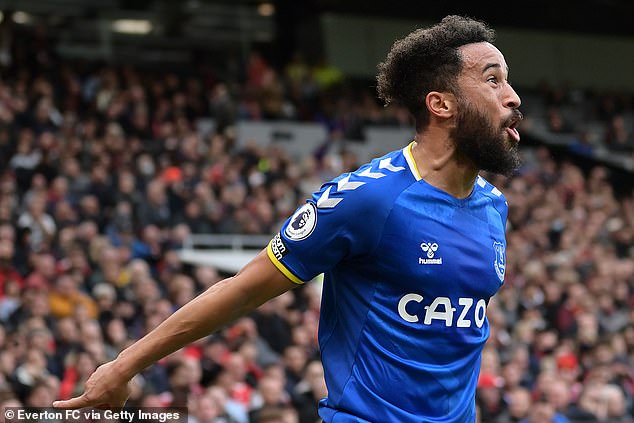 Everton, however, held on for a well deserved point and were unlucky not to win at Old Trafford

‘I got a bit carried away, almost buckled and fell on my back, I looked up at the clock and it was 65 minutes. I gave the greatest player half an hour to make me look silly and score the winner. Thankfully he didn’t.

‘[I went] very early, every ball that went into the box I thought he was going to make me look a complete fool. Thankfully we held out for the point in the end.’

Townsend has hit the ground running since moving to Goodison Park from Palace on a free transfer in the summer, scoring five goals and assisting a further three in nine appearances in all competitions.

The draw left Everton level on 14 points with United and Manchester City, a point adrift of Liverpool and two behind league leaders Chelsea.