Cristiano Ronaldo took until October to score his first La Liga goal of the season, by which time Lionel Messi had already amassed 11 for Barcelona.

It led to talk of how Real Madrid’s superstar was slowing down and on his way out, with ultra-rich Paris Saint-Germain interested in having him spend his twilight years in France.

Those comments have not aged well but Ronaldo, now 33 years old, is continuing to do so. The man from Madrid is a rejuvenated machine.

After a slow start, Cristiano Ronaldo, 33, is a rejuvenated machine this season for Real Madrid 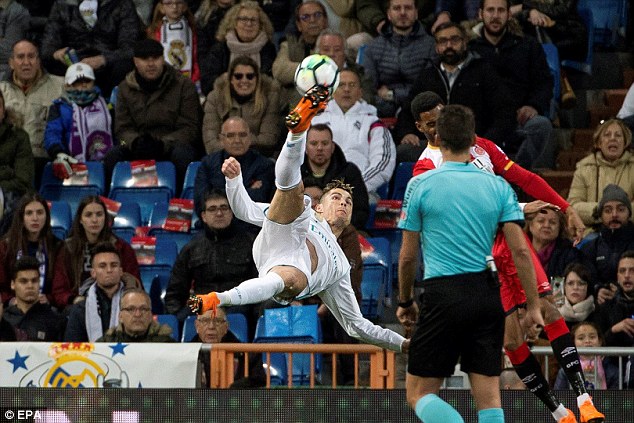 With 14 goals in his last six league games for Real, it is just like old times for Ronaldo 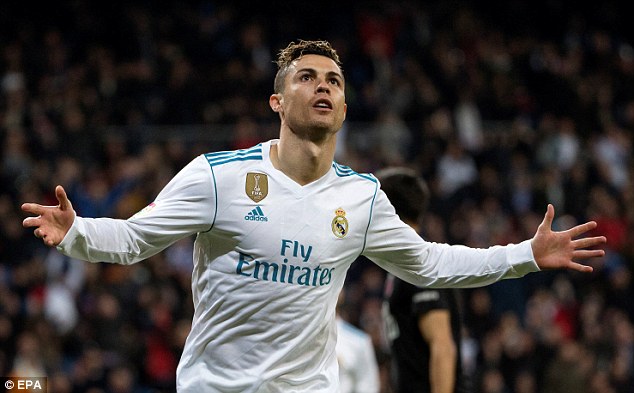 With 14 goals in his last six league games for Real, and two in stoppage time for Portugal on Friday night, it is just like old times. A throwback to his better-than-a-goal-a-game days.

Nowadays, he does it differently. Whereas once he was a whipper-snapper wreaking havoc on the wing, he now does all of his dirty work in the box. The statistics even tell us that Ronaldo is currently attempting the fewest dribbles per game of his entire career at Real.

Yet he is a defender’s worst nightmare, and it is not as if any confidence ever escaped the four-time Champions League winner who has scored 12 goals in Europe’s elite competition this season.

Shortly after scoring his first strike of the season in La Liga, reports surfaced in Spanish newspapers that Ronaldo had made a bet with his Real Madrid team-mates. 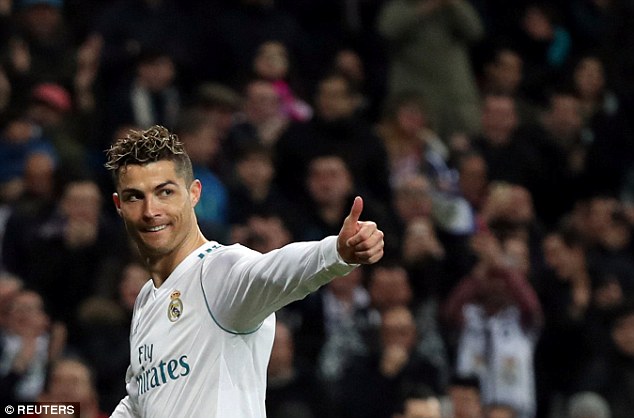 The Portuguese backed himself to finish as Spain’s 2017-18 top scorer despite being 10 off his Barcelona counterpart, and Sergio Ramos and Marcelo took him up on the offer.

Five months on, Messi is still leading on 25 but breathing down his neck is Ronaldo on 22. Judging by what has happened over the last week, he is still well within the race.

The day after Mohamed Salah scored four against Watford in the Premier League, Ronaldo repeated the trick against Girona in La Liga.

All four of the former Manchester United man’s strikes were scored from inside the box at the Bernabeu and that is where he has been doing all of his damage this season. 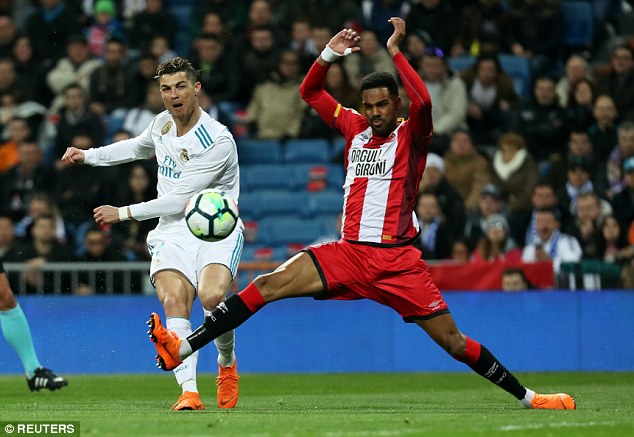 PERCENTAGE OF GOALS INSIDE BOX

Ronaldo has not yet scored from outside of the area in the league in 2017-18 and failing to do so would be a first for him at Real. So far, all of his 22 have been from inside those white lines.

Yet there is a common misconception about how hard Ronaldo works to carve out these chances. He does not simply stand there and wait for tap-ins. He creates his own luck.

His first goal against Girona saw him speedily escape several markers to meet a Toni Kroos cross. His second saw him execute a well-timed run and score off the underside of the crossbar.

His third arrived after he waited in space in the hope of a spilled ball. Then his fourth was a first-time finish after holding his run off the shoulder of the last Girona defender.

Just look at the two he scored against Egypt on Friday too, cancelling out Salah’s opener. Both headers: the first saw him sense the cross was coming and find space, before the second consisted of him beating two others in the air. Salah 1, Ronaldo 2. Job done. 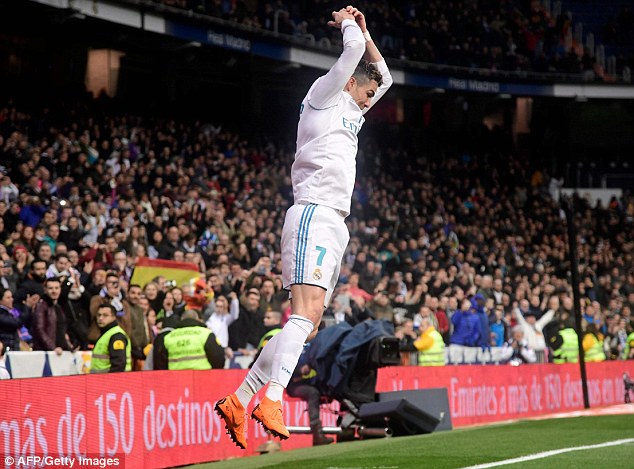 Ronaldo works to carve out these chances. He does not simply stand there and wait for tap-ins

The last time Ronaldo scored a league goal from outside the area was against Celta Vigo in May 2017. Rarely does he get a chance to add to that tally anymore.

His statistics tell that story. His first season at Real saw him average 68.2 touches a game. Now, he averages 44.8. The forward is no longer a winger who specialises in terrorising full backs. Instead, he does it all from 18 yards or less, and it has given him a new lease of life.

In 2016-17, Real won La Liga, Champions League, Super Cup and Club World Cup, though Ronaldo’s personal stats plummeted. It was his worst season for scoring, shooting and assisting. This season all of those categories have improved significantly.

The only one which has dropped is dribbling as the former Premier League star continues to avoid trying to run and instead be in the right place at the right time.

With 12 goals in the Champions League, and 22 in La Liga, his slow start to this season is now a thing of the past. Ronaldo is still a player who fancies himself in his prime. 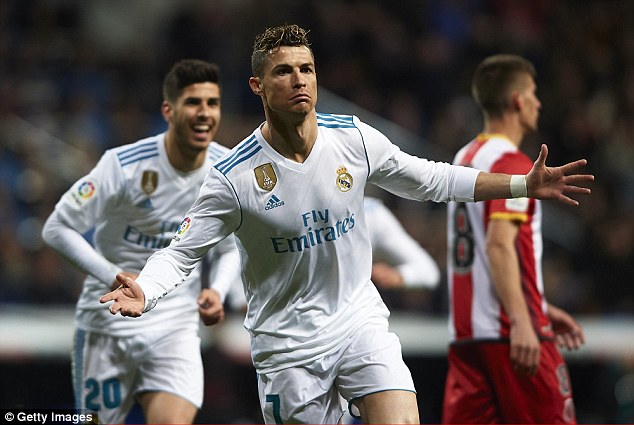