‘We have not had dinner yet but I hope so in the future’: Cristiano Ronaldo reminisces about battles with rival Lionel Messi during award ceremony

Cristiano Ronaldo joked he hopes he can one day sit down for dinner with rival Lionel Messi as the pair sat side by side for the Champions League draw in Monaco.

Ronaldo has spent much of his career battling with Messi for the game’s biggest honours and the rivalry was heightened when the Portuguese spent nine years in La Liga.

The 34-year-old is now spearheading Juventus’ bid for Champions League glory but admitted in Monaco that he misses playing in Spain as Messi ‘pushed him’ to be the best. 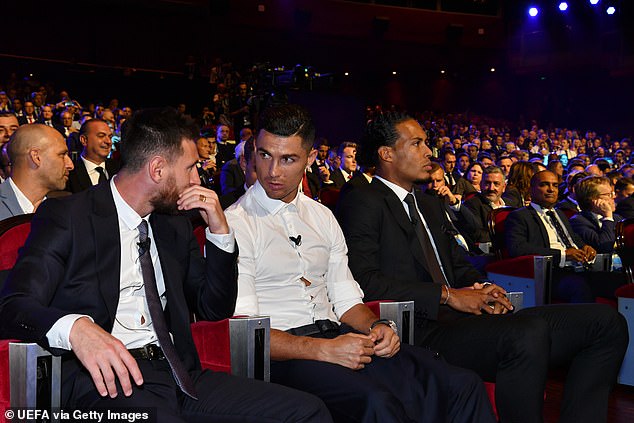 ‘I was curious because we shared this stage for 15 years me and him,’ Ronaldo said.

‘I don’t know if that has ever happened in football, the same two guys on the stage at the same time, so it’s not easy.

‘Of course we have a good relationship, we have not had dinner together yet but I hope in the future.’

Both players possess five Ballon d’Or trophies and found themselves nominated for UEFA’s Player of the Season award, only to be beaten by Liverpool’s Virgil van Dijk. 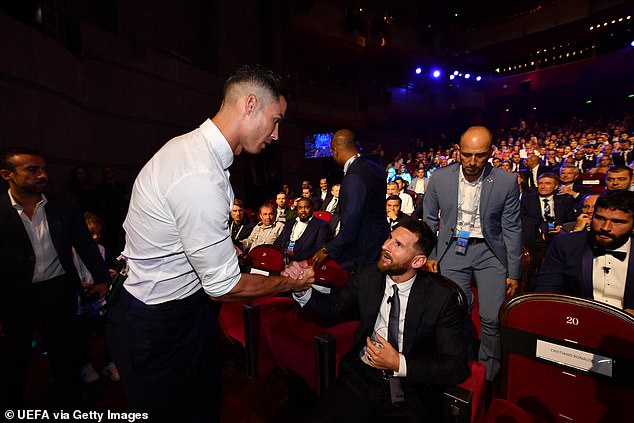 Ronaldo, speaking at the Champions League draw, admits he misses playing out in Spain

Messi is two years younger than his Barcelona rival but while both are approaching the twilight’s of their careers, Ronaldo believes the two are secure in the history books for what they have achieved.

‘Of course I miss playing in Spain, we had that battle the last 15 years, which was good,’ the Portuguese added.

‘He pushed me and I pushed him as well, so it’s good to be part of history of football. I am there and of course he is there as well.’

Ronaldo is the man tasked with beating Messi to the Champions League title this season and end the Old Lady’s run without it, having not lifted the cup since 1996. Juventus are in a group with Atletico Madrid – who Ronaldo scored a hat-trick against last season to knock then Spaniards out – Bayer Leverkusen and Lokomotiv Moscow.

‘Tough group like always but we are confident, we are Juventus and we are looking forward to starting well,’ he added.

‘As you know it is a difficult competition to win but we are very confident for this year. I don’t know what will happen this year but when it starts I am always confident. Step by step and we will see what can happen.’ 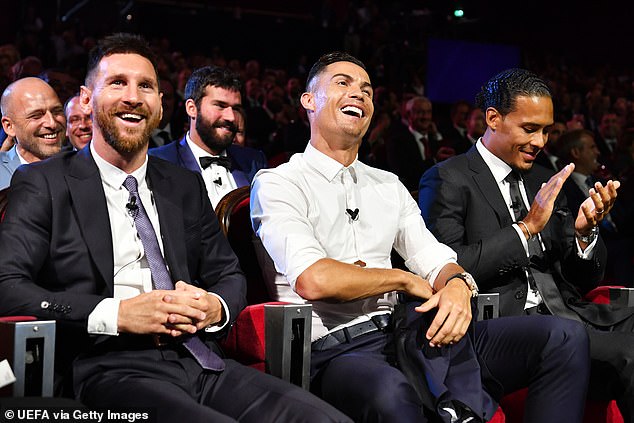