Cristiano Ronaldo is expected to receive a lucrative offer to play in Saudi Arabia’s Pro League following the termination of his contract at Manchester United, according to reports.

The 37-year-old parted ways with United after giving an explosive interview with Piers Morgan that saw him criticise the club, Erik ten Hag and the Glazers.

Saudi Arabian club Al-Hilal previously offered Ronaldo contract worth £210million for two seasons. However, he turned it down as he wanted to continue playing football at the highest level.

According to The Telegraph, Ronaldo could receive a lucrative offer to play in Saudi Arabia’s Pro League following his departure from United.

Saudi Arabia are considering a joint bid for the 2030 World Cup and feel Ronaldo’s presence in the Middle East could help their campaign.

Saudi Arabia’s influence on the sporting world has been growing in the past few years, after it watched neighbours Qatar win the hosting rights for the 2022 World Cup.

However, critics have repeatedly accused the Saudis of ‘sportswashing’ – spending huge money on hosting sporting events in a bid to boost the country’s reputation despite its poor record on human rights. 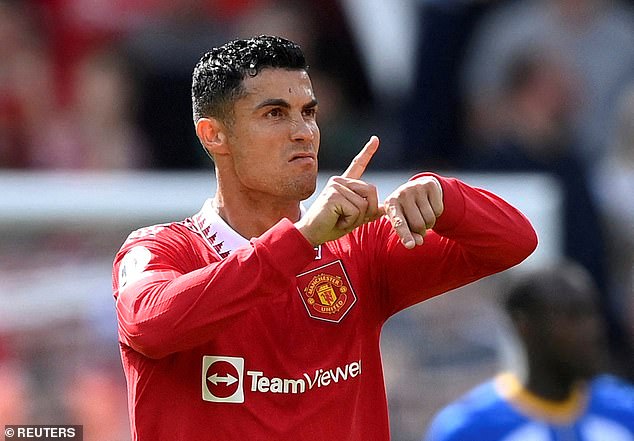 That includes hosting Anthony Joshua’s heavyweight boxing world title rematch with Andy Ruiz Jr in December 2019 as well as a European Tour golf tournament featuring many of the game’s biggest names – the Saudi International – and the Dakar Rally.

The Saudis also hosted a Formula One grand prix this year for the first time and are now looking to host the 2030 World Cup.

They reportedly view Ronaldo as a valuable addition to their campaign and could subsequently offer the 37-year-old a lucrative deal to play in Saudi Arabia’s Pro League.

The news comes after Ronaldo’s exit from Manchester United was announced by the Red Devils through a 67-word statement on Tuesday.

United’s lawyers had been looking to tear his deal up since Ronaldo’s explosive interview with Morgan aired in two parts last week.

A statement released by United on Tuesday evening read: ‘Cristiano Ronaldo is to leave Manchester United by mutual agreement, with immediate effect. 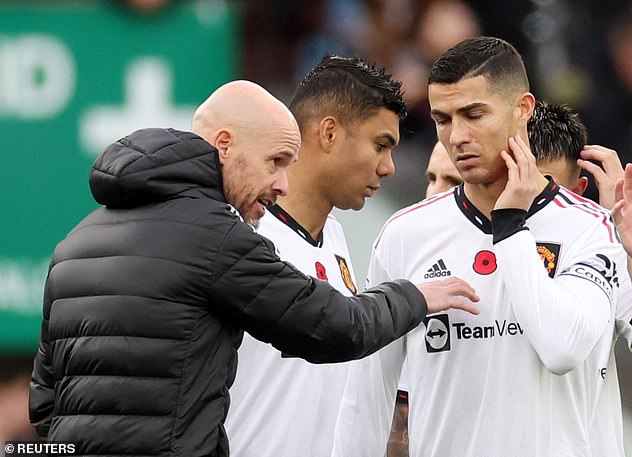 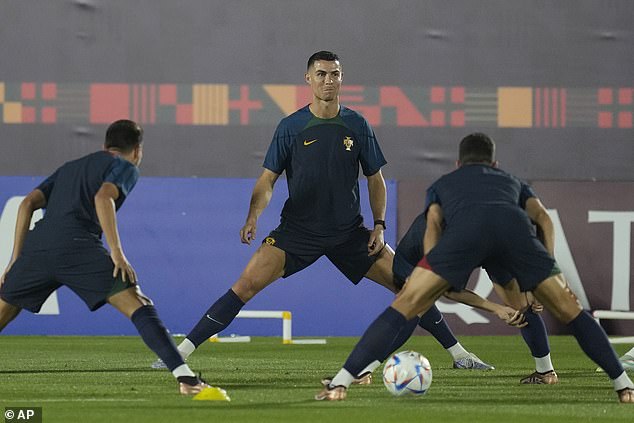 ‘The club thanks him for his immense contribution across two spells at Old Trafford, scoring 145 goals in 346 appearances, and wishes him and his family well for the future.

‘Everyone at Manchester United remains focused on continuing the team’s progress under Erik ten Hag and working together to deliver success on the pitch.’

Ronaldo released his own statement following the news, writing: ‘Following conversations with Manchester United, we have mutually agreed to end our contract early.

‘I love Manchester United and I love the fans, that will never ever change. However, it feels like the right time for me to seek a new challenge. I wish the team every success for the remainder of the season and for the future.’

Ronaldo’s position at the club became untenable after he criticised the club, the Glazers, manager Erik ten Hag and his team-mates in the interview.

United wanted to deal with Ronaldo as swiftly as possible and took just four days to show him the door.