Cristiano Ronaldo is set to skip Portugal’s final press conference before they get their World Cup campaign underway against Ghana, less than 24 hours after his Manchester United contract was ripped up.

Ronaldo, who has been his nation’s skipper for over a decade, would normally be expected to appear alongside manager Fernando Santos to take questions from the media 24 hours before kick-off.

However, it’s understood he will not be in attendance on Wednesday with Bruno Fernandes likely to fulfil the duties instead.

Ronaldo’s no-show is due to come just hours after his Old Trafford contract was torn up following his bombshell interview with Piers Morgan that saw him publicly criticise the club and manager Erik Ten Hag. 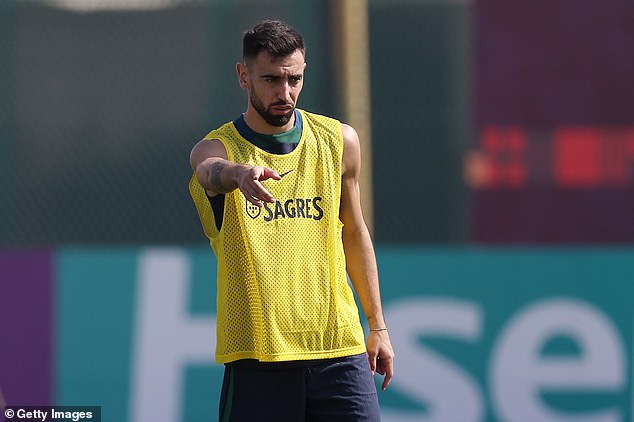 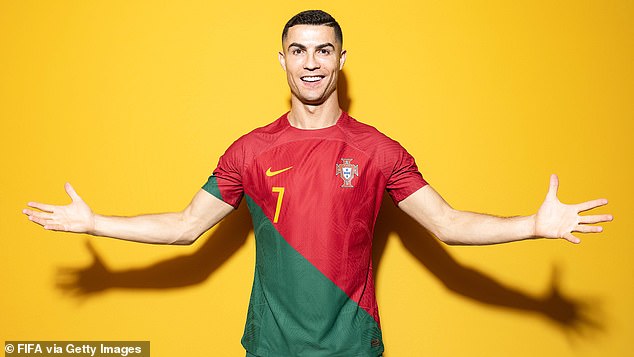 Ronaldo is set to captain Portugal at his fifth World Cup in Qatar, starting on Thursday

The interview aired last week and Ronaldo pulled no punches, admitting that he had ‘no respect’ for Ten Hag as he felt the Dutchman did not respect him.

The 37-year-old also labelled United a ‘marketing club’, accusing the Glazer family of caring more about off-field activities rather than what is happening on the pitch.

United released a statement on Tuesday evening confirming that they had parted ways with Ronaldo by ‘mutual consent’, ending his second spell at the club.

As exclusively revealed by Sportsmail, Ronaldo will receive no compensation, meaning he will not get the £16million he was due to earn if he’d seen out his contract.

Ronaldo’s exit was not the only major statement released on Tuesday night, as a matter of minutes after his contract was ripped up, the Glazer family confirmed they are open to selling the club. 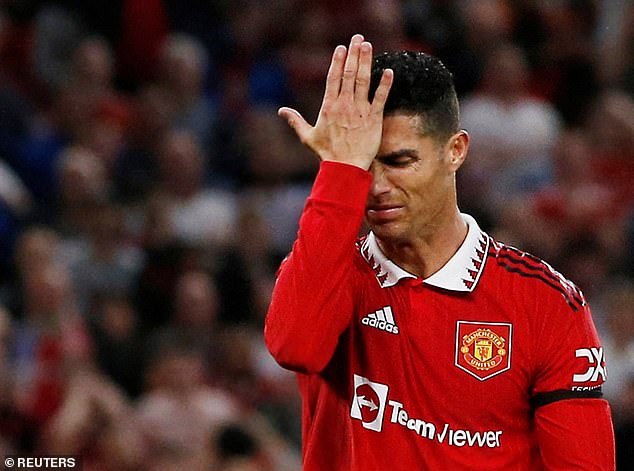 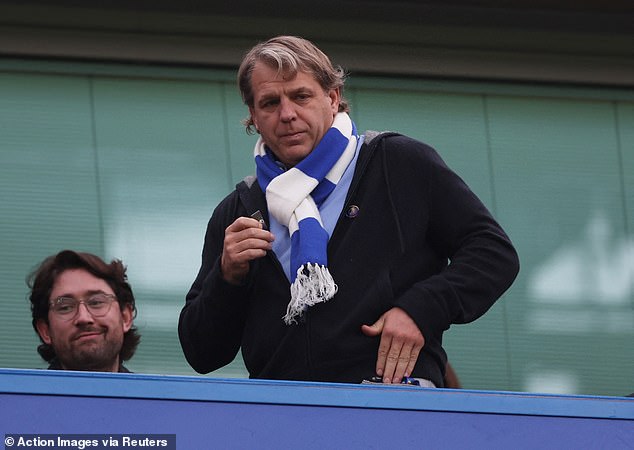 With Ronaldo now a free agent, Todd Boehly is reportedly keen on bringing him to Chelsea

They have owned the Red Devils since 2005, but their reign could be set to end in the not-too-distant future.

Meanwhile, Ronaldo is now a free agent, and has been linked with a move to Chelsea, with Blues owner Todd Boehly reportedly keen on bringing the Portuguese star to Stamford Bridge.

His club future remains uncertain, but Ronaldo recently insisted that he is ‘committed and focused’ on Portugal, with the striker aiming to lead his country to glory at his fifth World Cup.