Crossbow murder mystery as man, 53, and women aged 33 and 30 are found dead in German hotel room

Crossbow murder mystery as man, 53, and women aged 33 and 30 are found dead in German hotel room

By Chris Dyer For Mailonline and Associated Press

German police are investigating the deaths of three people whose bodies were found with crossbow bolts in them in a hotel room in Bavaria.

Employees of a hotel in the town of Passau found the bodies and two crossbows in the room, German news agency DPA reported today.

Police said the three victims, who were found on Saturday, were a 53-year-old man and two women aged 33 and 30, all of them German citizens.

They said it is not clear what their relationship was, what happened inside the hotel room or how exactly the three died.

According to local media two crossbows were found in the room by police when officers searched the scene in the remote riverside hotel near the Austrian border.

The guesthouse which stands near the Ilz river surrounded by trees in Passau, Bavaria, where two women and a man were found dead 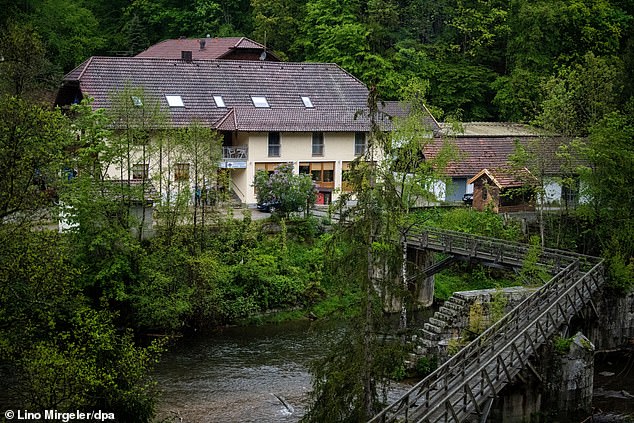 A police statement said: ‘At present, the reasons for the death of the three people are still completely open.

‘There are currently no indications of possible involvement of other persons.’

Prosecutors have ordered an autopsy which is expected to take place by next Tuesday, DPA reported.

A junior manager who first alerted the police, told the German newspaper Berliner Morgenpost: ‘In the room of the dead people there were two crossbows.’

But a guest who was staying there the night in question told Passauer Neue Presse: ‘It was a completely quiet night.’

Some German media reported that the trio had booked to stay for three nights, without breakfast, and had already been there for two days when they were discovered.

Another guest told Frankfurter Allgemeine it was like a ‘bad thriller’, adding: ‘Imagine being the maid and discovering the bodies.’

The town is a popular tourist spot, especially for hikers heading into the Bavarian Forest. 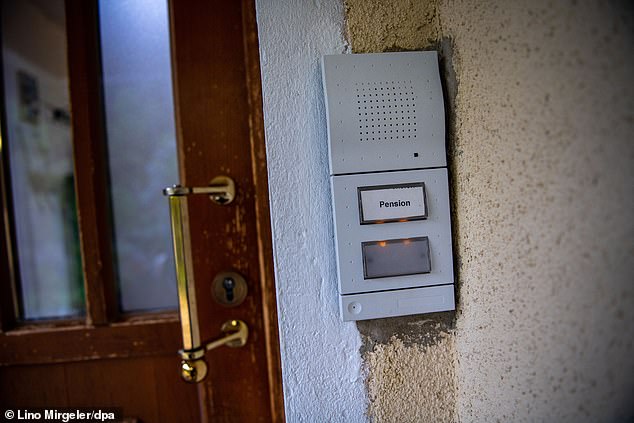 Three dead people were found in the same room by a maid in Passau, Bavaria