‘Cruel’ drunk woman drowned her pet cats in her own toilet

A woman who drowned two pet cats by holding them in her toilet bowl has avoided a jail term for inhumanely killing animals.

Abbi Mann, of Chesterfield, was branded ‘nasty and cruel’ by magistrates who heard how she killed black cat Bob and ginger cat Max.

The RSPCA have released disturbing pictures of the two creatures’ lifeless bodies as they hit out at Mann’s actions. 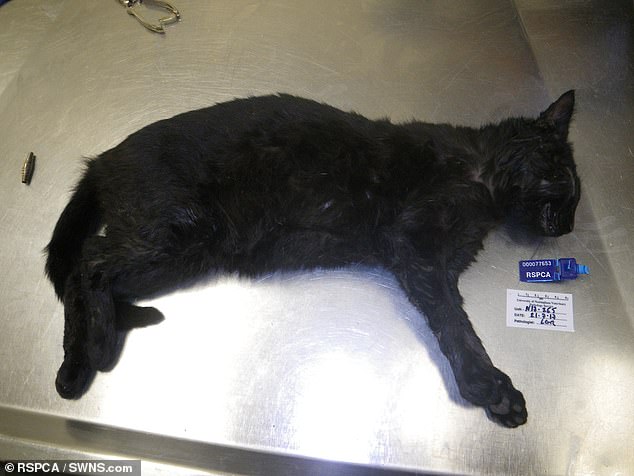 ‘She appeared to be drunk during the calls and told the call handlers that her cats had been poisoned before saying she’d pushed one of their faces into the water.’

Police who attended the home found the bodies of two cats the living room.

Inspector Leafe added: ‘The cats were said to have wet fur and there were puddles of water on the floor. 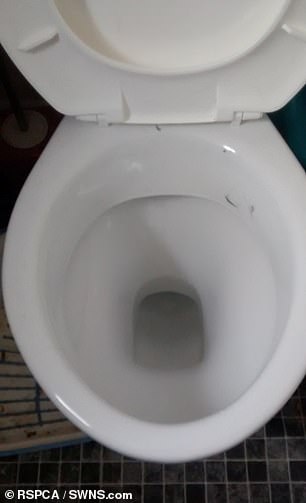 Cat hairs were found around the toilet bowl

‘I was contacted and when I attended the following day the cats bodies were still there and there was fur around the toilet and sink basins.

‘This was a truly shocking case to deal with. It’s difficult to think about the fear and suffering these cats must have endured in their final moments.’

Mann, 36, denied killing the cats in an inappropriate and inhumane manner but was found guilty at Chesterfield Magistrates Court.

Mann was also disqualified from keeping all animals for life.

A third cat, Pebbles, was removed from her ownership and signed over to RSPCA for rehoming.