A crumpet-maker is locked in a David and Goliath confrontation with Bake Off judge Paul Hollywood over who can use a particular trade name.

Croatian-born Anita Janusic has used the name ‘Knead’ since she started trading at Broadway Market in 2014.

Her homemade crumpets in lemon and poppy seed and cinnamon and raisin proved incredibly popular and she now supplies retailers such as Selfridges, Fortnum & Masons and Harvey Nichols, as well as cafes, coffee shops and restaurants around London.

When she reached the stage where she felt confident to open a successful bakery in Stoke Newington, she registered Knead as a limited company.

But it was at this point she received an objection from the food giant SSP, Hollywood’s backer, who informed her they had already registered ‘Knead’ as an EU trademark months earlier. 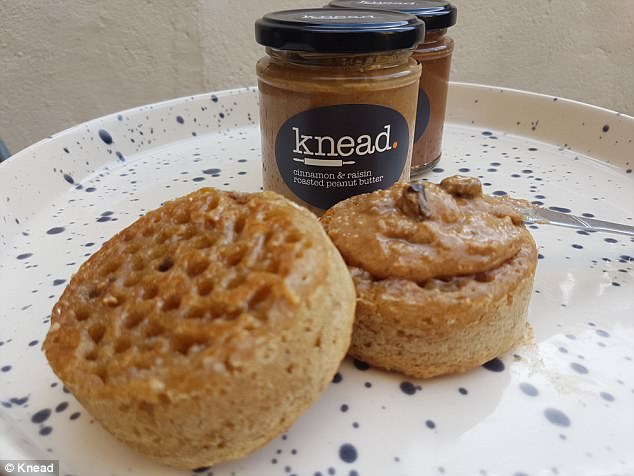 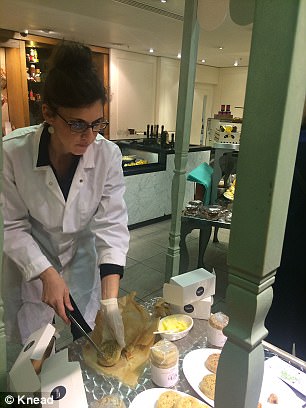 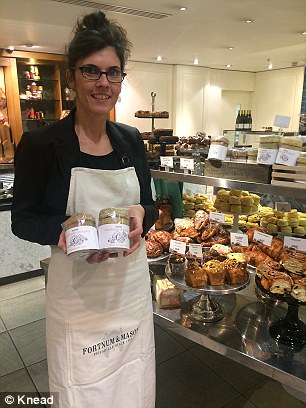 Ms Janusic hopes to open a bakery in Stoke Newington in north London, but her plans have been put on hold. When she registered her business in 2016 she did not trademark the name and has now been told they will be breaking the law if they use it 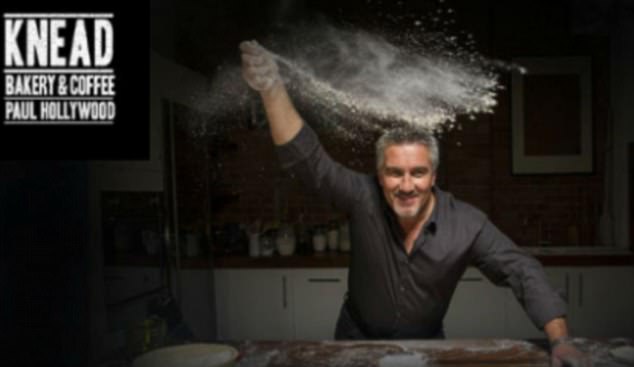 Ms Janusic said she and her partner Christine Faughlin were ‘really upset’ by the decision which she described as being ‘so unfair’.

She told MailOnline: ‘I can’t tell you how much the name, and our logo, mean to us. It succinctly sums up all that we offer and people love it – you can tell, at a glance, exactly what we do.

‘To me personally, though, the name Knead also represents how far we’ve come since we first set out our stall back in 2014.

‘We’ve worked so hard, just the two of us, to go from toasting crumpets on the stall to supplying some of the most recognised shops in the world. And our name has been with us on our journey and on our products – crumpets, English muffins, bakes and jars of peanut butters – every step of the way.

‘We might not have the financial clout and exposure of Paul Hollywood and SSP, but people know who we are and they know us as Knead.’ 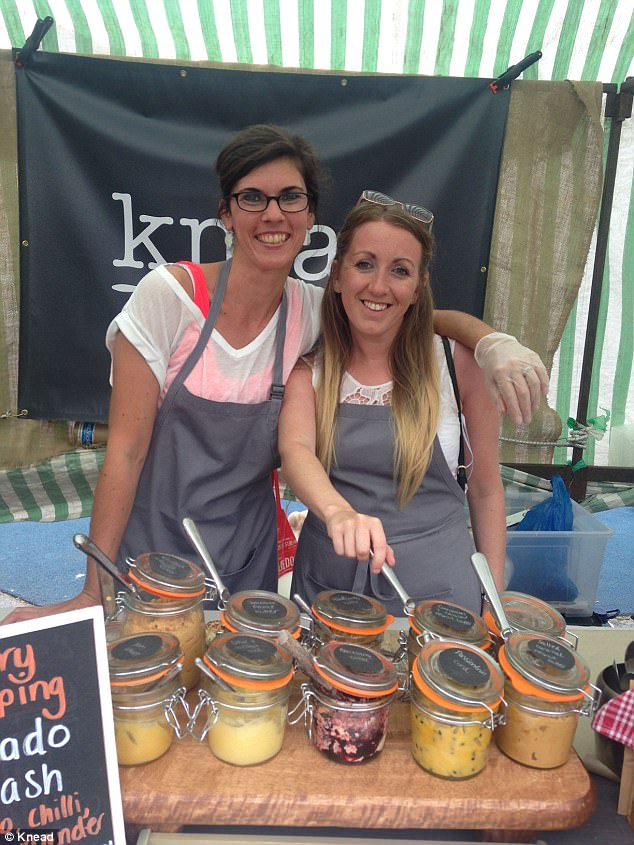 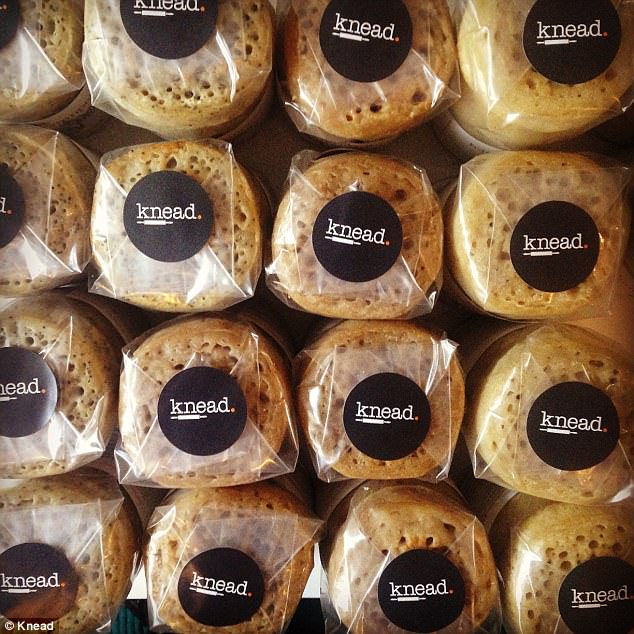 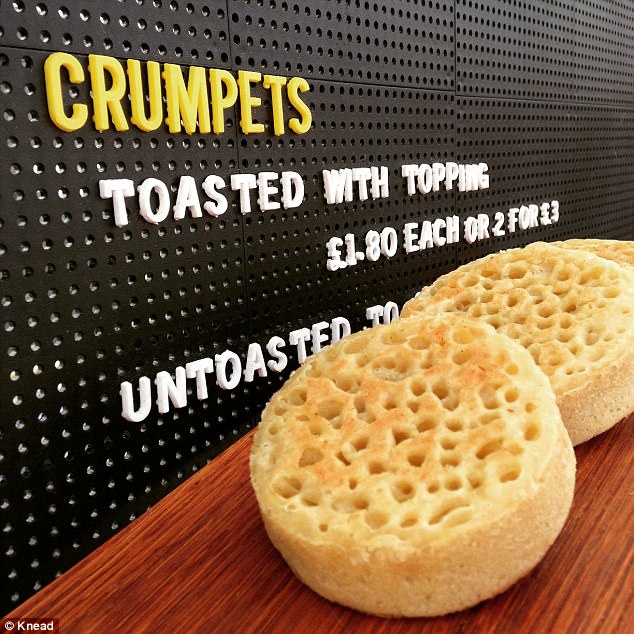 Referring to Hollywood’s upcoming bakery in Euston she said: ‘I would have thought they’d have just used his name in isolation with “Paul Hollywood” on the awning…why would you need to add anything else?

‘Once we got over the shock, we were just really upset. It just seemed so unfair – we aren’t remotely interested in taking over the high street or train stations and expanding Knead to the proportions that an SSP-backed operation might – we just want to continue doing what we are doing on a more manageable scale.

‘I’m happy for us both to be operating under the same name. Our offering is very different to that of the SSP-run cafe. We hand make absolutely everything that we sell, in small batches, right down to the toppings we spread on our crumpets. So it’s quite a departure from that of Paul Hollywood’s Euston station KNEAD, which seems to be about grabbing breakfast butties and sausage rolls on the hop.’ 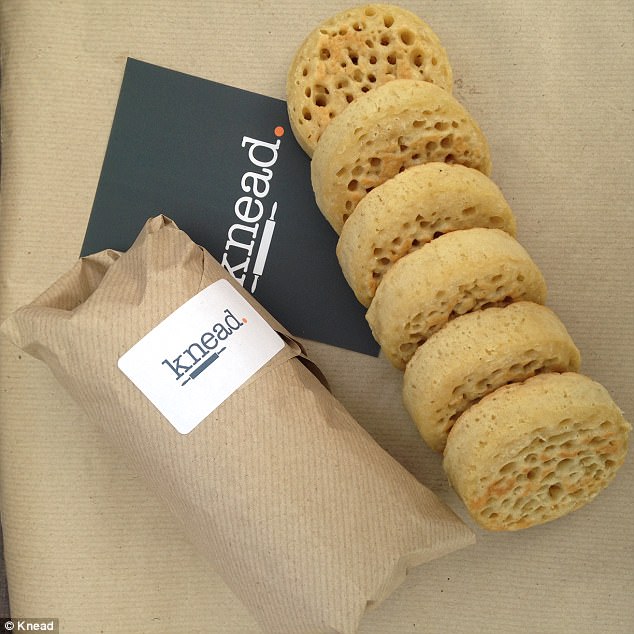 Ms Janusic said: ‘The thought that we’ll have to cease trading as Knead and lose our hard-fought-for identity is very upsetting’ 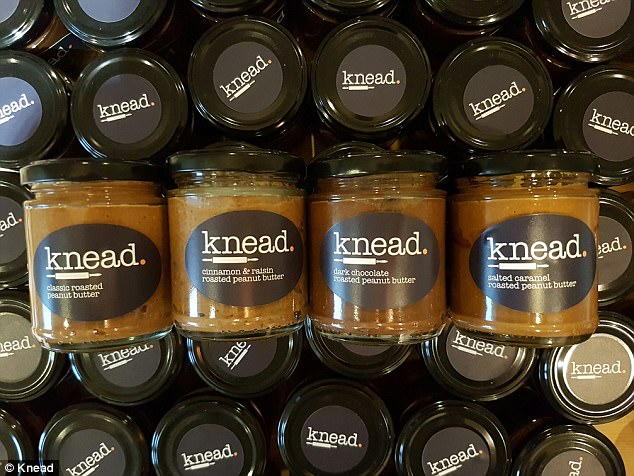 Knead want to continue what they are doing in a bakery in Stoke Newington, north London

Ms Janusic, who describes herself as a ‘huge’ Bake Off fan, is still hoping to find a resolution and said she is ‘not even thinking about another name’.

Despite everything, Ms Janusic is keen to open her bakery in Stoke Newington by the end of the year but it’ is dependent on solving the naming row.

She added: ‘We can’t afford costly legal challenges with huge global companies, nor can we afford to go to the expense and trouble of opening a café-cum-bakery as one name and then changing to another.

‘All we want to do is carry on doing what we’re doing, in a permanent location so we can employ some local staff and meet demand without compromising on what we’re all about.’ 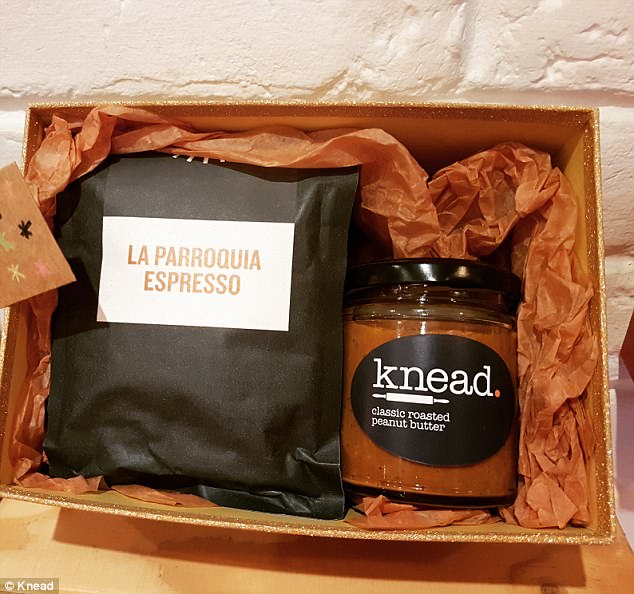 SSP has more than 500 brands spanning across 30 different countries. It has 600 stores in 20 airports and 115 train stations around the UK.

SSP plans to roll the Knead concept out across the country’s transport hubs.

A quote from Hollywood on the Knead website reads: ‘Since leaving school and starting work in my father’s bakery I have loved and championed everything to do with great baking.

‘The creation of Knead is an extension of this passion, and I can’t wait for you to come and experience what we have created. Just wait until you taste the difference in my bacon butties and sausage roll!’ 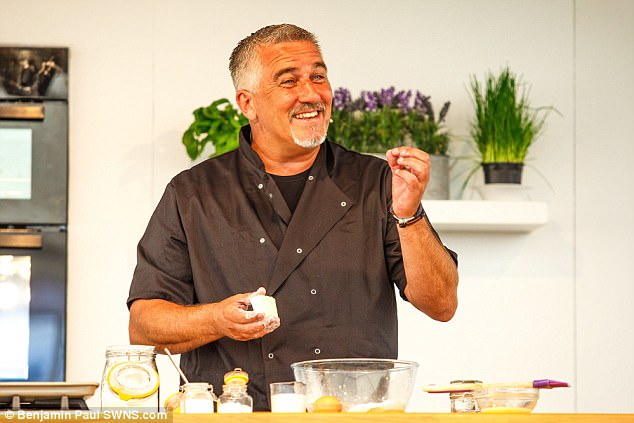 Later this month, Paul Hollywood, the only Bake Off presenter to defect to Channel 4 from the BBC, will open a bakery in Euston station