A police officer who filmed herself in tears because she suspected McDonald’s employees had poisoned her McMuffin says people have ‘missed the point’ of her viral video.

Sheriff’s Deputy Stacy Talbert, 41, was widely ridiculed after she shared her three-minute video to Facebook from Savannah, Georgia on Monday morning.

Talbert recorded the clip after being forced to ‘wait and wait and wait’ for her McMuffin, which prompted her to wonder whether workers were tampering with the breakfast bun amid anti-police sentiment.

In recent weeks, there have been nationwide calls for police departments to be defunded following the death of black man George Floyd at the hands of a white officer. Earlier this week, there were unfounded reports that several New York cops had their drinks spiked with bleach at another fast food franchise.

Sheriff’s Deputy Stacy Talbert, 41, is speaking out after she was ridiculed for viral video which showed her crying over the wait time for a McMuffin meal at McDonald’s

‘Right now I’m too nervous to take a meal from McDonald’s because I can’t see it being made,’ Talbert sobbed in her viral video, which has now been viewed more than 13 million times.

‘I have never, ever had such anxiety about waiting for McDonald’s drive-thru food,’ she further blubbered.

Talbert was dubbed ‘Cop Karen’ and ‘Molly McMuffin’ with many mocking the officer for her ‘trivial’ complaint.

But in an interview on Wednesday, Talbert insisted that her fears had merit.

‘It’s not that people are waiting in the wings to hurt us, it’s that people don’t trust us,’ Talbert explained to NBC.

She also gave an interview with TMX News, in which she stated: ‘People think it’s trivial, people think its funny – which, the whole ‘Cop Karen’ thing is pretty funny, I’m not going to lie – but everyone in the law enforcement community understands exactly how I feel.

‘But there’s a lot of personalities that aren’t going to allow emotions to come to light, and I did.’ 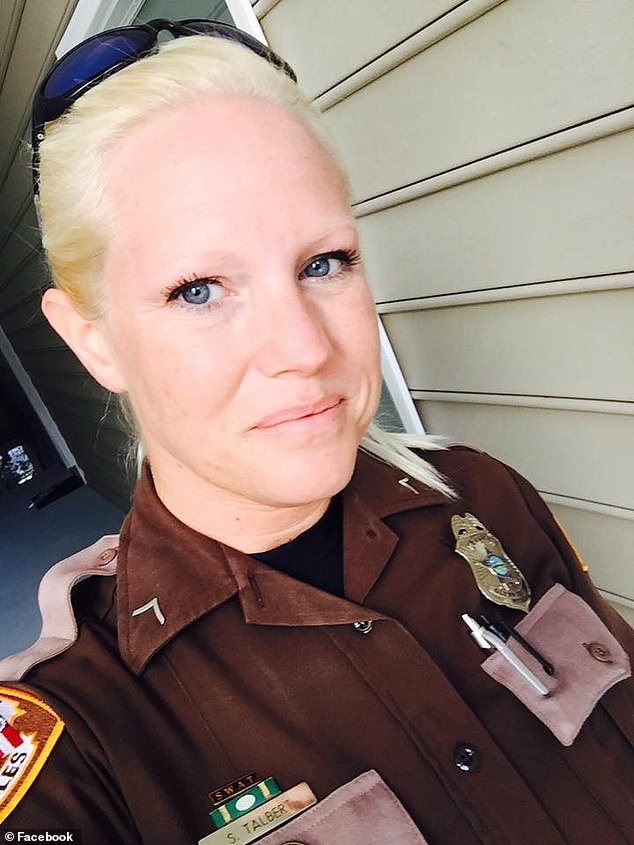 Sheriff’s Deputy Talbert is pictured in uniform. The cop claims her breakdown over a McMuffin was n act of ‘selfishness’ following three grueling night shifts

Talbert further explained that the video was an act of ‘selfishness’ following three grueling night shifts.

‘This tiny little video, that has now blown up, was my little bit of selfishness after three straight shifts helping people.’

However, Talbert admitted that part of her regrets sharing the clip, because ‘it goes against everything we do, which is to remain quiet, to remain selfless and never show that it helps us’.

Talbert  also revealed she has been doxed by online – with her personal information being published across social media platforms.

She was forced to contact police, who are now monitoring her residence and her vehicle. 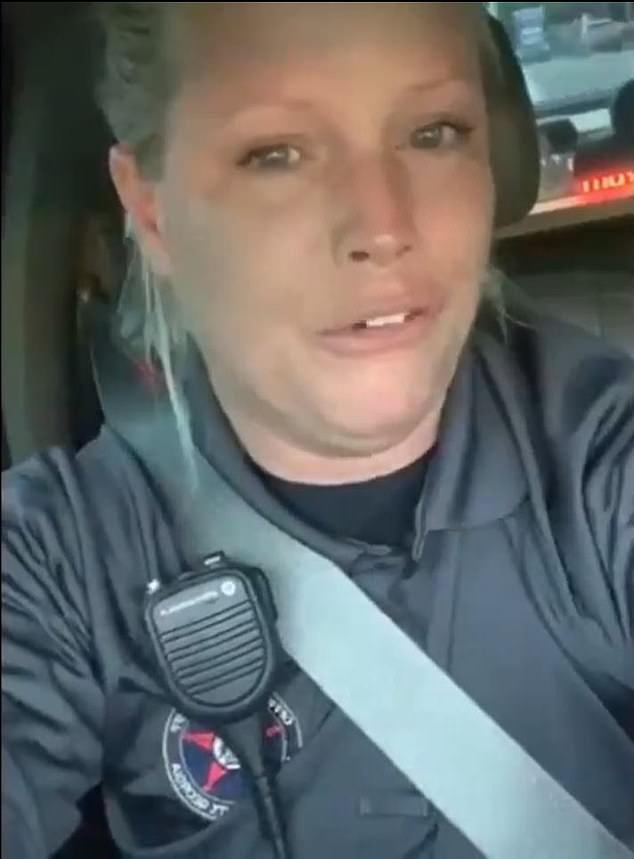 The Georgia woman, who identified herself as a 15-year veteran of the force, filmed herself crying over a delay to her mobile order for a McMuffin, hashbrowns and coffee at the fast food branch when she was apparently on her way home from a shift

On Wednesday, several people slammed Talbert for crying over the food order just days after black man Rayshard Brooks was gunned down in the drive-thru of a Georgia Wendy’s by white cops.

Jeremy Newberger tweeted: ‘Officer Karen’s story about waiting for her McDonalds Egg McMuffin is way worse than the guy who was killed for sleeping on line at the Wendy’s drive-thru. Yeah, it isn’t. Get a grip lady.’

Another Twitter user, Riley, added: ‘While Officer Karen is trending, a reminder a Martin Gugino is still hospitalized with a fractured skull and is yet unable to walk.’

However, others were sympathetic to Talbert and the stresses she is currently going through.

‘Stacey who has been a cop for 15 yrs went to @McDonalds She paid for it in advance and this is how she gets treated for being a cop … Come on America. We are better than this,’ one supporter wrote. 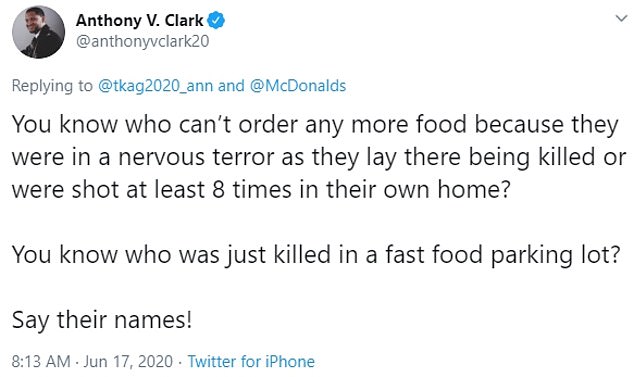 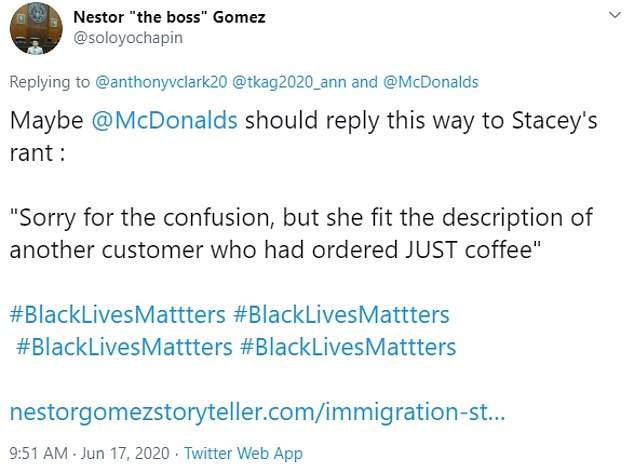