On Monday, the Metropolitan Police dropped their initial investigation into the huge flag that was unveiled at Selhurst Park ahead of the 1-1 draw between the two teams having originally launched the probe after receiving a complaint.

In a statement, Croydon Metropolitan Police confirmed: ‘On Saturday, a member of the public contacted us to raise concerns about a banner displayed at the Crystal Palace vs Newcastle match at Selhurst Park.

‘Following an assessment, officers have concluded that no offences have been committed. No further action will be taken.’

Sportsmail also understands that Palace are unlikely to face punishment in relation to failing to control their supporters for the graphic banner, though any decision not to sanction the south London club will not be linked to the prior police investigation. 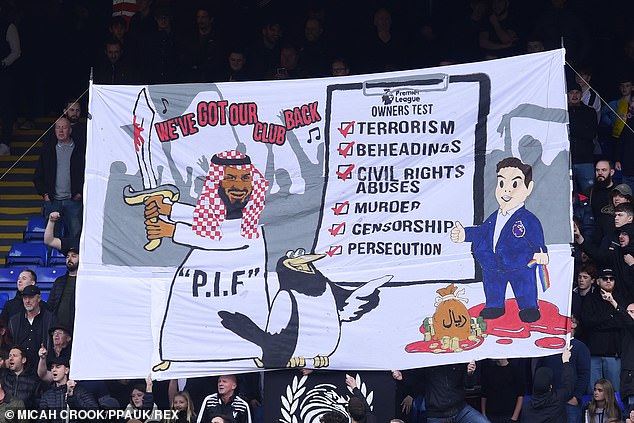 Disciplinary chiefs at the FA have considered whether the banner constitutes an offence under their regulations, but it is unlikely Palace will face any further action.

The banner featured drawings of a man dressed in traditional Arabic attire next to a man who appeared to be Premier League chief executive Richard Masters.

The flag also included a a checklist of the alleged offences committed by the Saudi regime.

Listed on an illustration of a clipboard under the headline ‘Premier League Owners Test’ were ‘Terrorism, beheading, civil rights abuses, murder, censorship and persecution’. 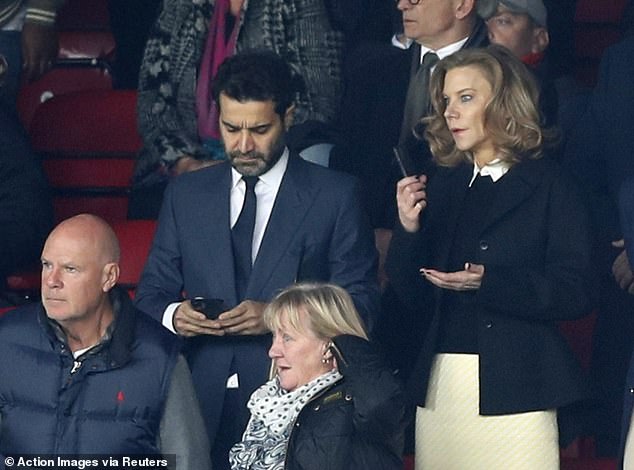 The man in Arab-style clothing was also holding a sword with blood on it. Palace supporter group Holmesdale Fanatics have since taken responsibility for the banner.

‘The Saudi led takeover of Newcastle has rightly received widespread condemnation and anger,’ read a statement

‘To give the thumbs up to this deal at a time when the Premier League is promoting the women’s game and inclusive initiatives such as rainbow armbands, shows the total hypocrisy at play and demonstrates the league’s soulless agenda where profits trump all.’ 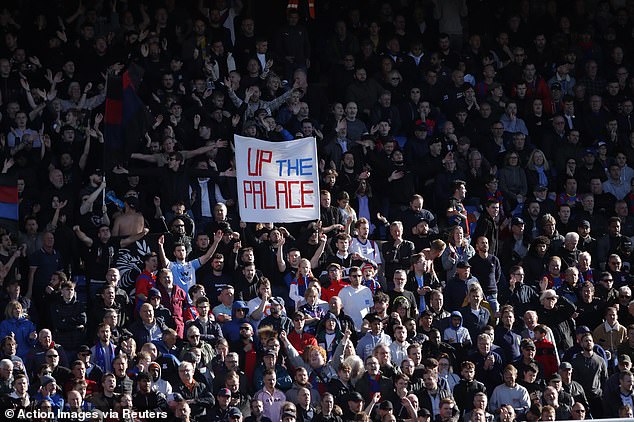 The Arab man on the banner had the word ‘PIF’ emblazoned across the front of his gown.

When rubber-stamping the takeover, the Premier League said it had received legal assurances from the new owners that the Saudi state would not be controlling Newcastle with the club facing penalties if it was proved otherwise.

The Palace fans group’s statement said this decision ‘made a mockery’ of the Premier League’s ‘Owners and Directors’ test.