Ahead of this weekend’s Premier League action, Sportsmail will be providing you with all you need to know about every fixture, with team news, provisional squads, betting odds and Opta stats. Here is all the information you need for Crystal Palace’s home clash with West Ham…

The midfielder has been undergoing intensive treatment all week on a knock in a bid to be fit to face the Hammers.

Lee Chung-yong has been sent for a scan after receiving a nasty kick in the 4-1 Carabao Cup defeat at Bristol City on Tuesday, so remains doubtful for the weekend.

Crystal Palace have lost their last three home games against West Ham in league competition, their longest losing run versus the Hammers on home soil.

Crystal Palace have won only seven of their 23 Premier League home games since the start of 2016-17 (W7 D2 L14), although the last was against the reigning champions Chelsea.

Palace have won just three points from their opening nine Premier League games this season. In 2013-14, they won three points in their first 10 games and still finished the season in 11th position.

Since Slaven Bilic was appointed as West Ham manager in the summer of 2015, West Ham have won as many games that they have lost in the Premier League (30) and have collected 115 points – more than Stoke, Watford, West Brom, Swansea, Bournemouth and Crystal Palace from the same number of games (85). 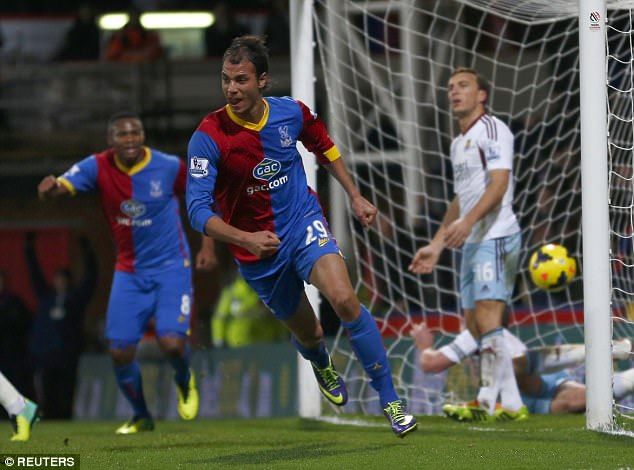 Crystal Palace have scored just two goals in their nine Premier League games so far this season. Their xG total is the ninth best in the competition (10.39), suggesting the average side would be expected to score 10 of these chances – this is higher than Chelsea’s xG total (9.46), who have scored 17 goals from their chances.

Only Riyad Mahrez (50) has attempted more dribbles this season than Palace’s Andros Townsend and West Ham’s Michail Antonio (both 43). However, the Palace winger has beaten his opponent with 30 of these (70 per cent) while Antonio has only been successful with 13 (30 per cent).