By Kate Mcgreavy For Mailonline and Crispian Balmer, Reuters

CSKA Moscow fans were hurt on their way to the Champions League tie against Roma at the Stadio Olimpico after an escalator gave way at Repubblica station.

Italian police said an escalator in the metro station broke on Tuesday, injuring at least 20 people as they were flung down the stairs.

Seven people was seriously hurt in the accident at the city centre station. None of the injuries were reported to be life-threatening. 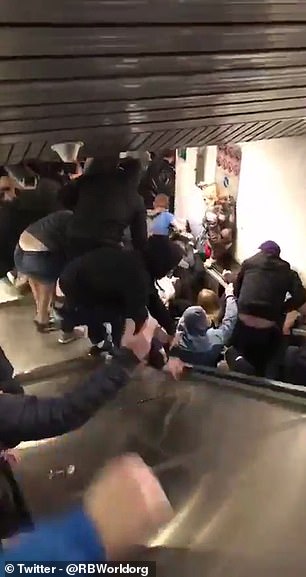 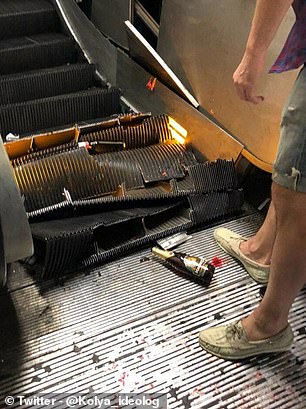 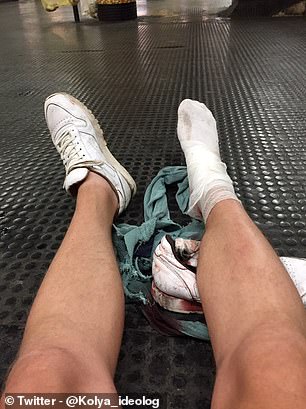 State television RAI broadcast a video of the incident that showed the escalator suddenly speed up, leaving people in a tangled crush at the bottom, unable to jump free.

‘From what witnesses have said, it seems that some fans were jumping and dancing on the stairs,’ Raggi told reporters. 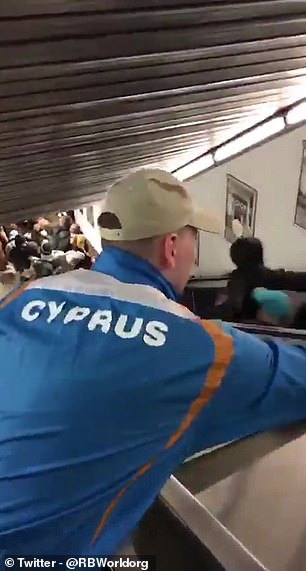 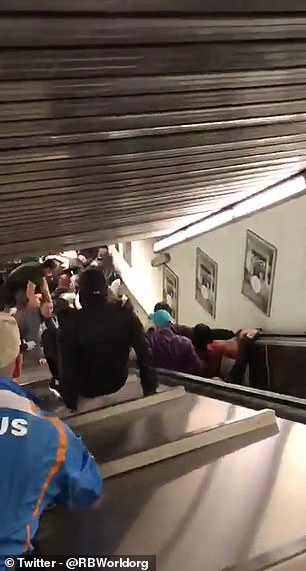 Italian media said some supporters were trapped between the metal plates of the steps.

In footage filmed from the adjacent escalator, one fan leaned over from the working escalator to help somebody on the broken system on to the safety of the middle space.

One Twitter user replied to the footage on the social media platform, showing the aftermath of the incident.

He posted a picture of his right foot bandaged as well as a photo of the bottom of the mangled escalator, which featured a Magners bottle. 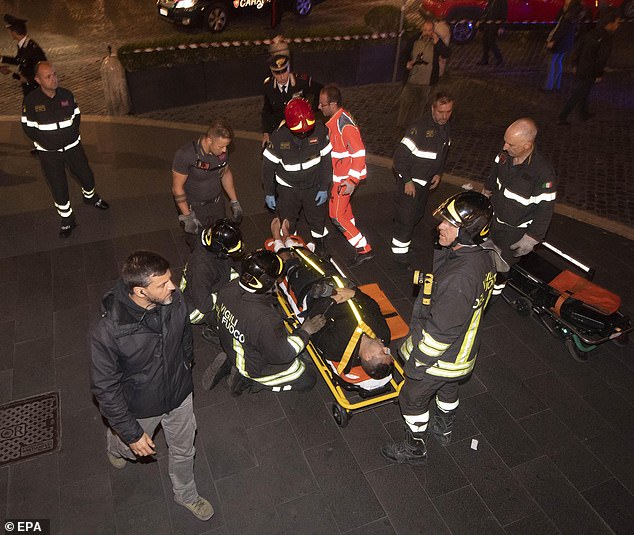 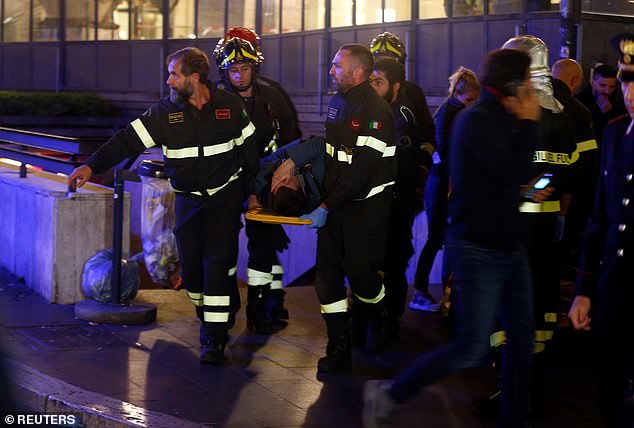