Gov. Andrew Cuomo said on Thursday that people flying into New York from higher-risk coronavirus states would be traced once they landed to ensure they were following the 14-day quarantine he has imposed.

Cuomo announced on Wednesday that people who come to New York, New Jersey or Connecticut from any state where infections are greater than 10 people per 100,000 residents would be subject to a 14-day quarantine when they arrive.

On Thursday morning, Cuomo told CNN that it would be enforced by tracking people who fly in to New York and subjecting them to random checks.

‘You fly into New York, we’ll have your name, we’ll know where you’re supposed to be staying.

‘There will be random checks. You get pulled over by a police officer and he looks at where your residence is, how long have you been here, if you get sick and go to a hospital from out state and you test positive and you’ve been out of the 14 days…you’ve violated the law and you’re going to have a problem,’ he said.

WHO HAS TO QUARANTINE AFTER COMING TO NY

‘We know people who fly in, we know what flight you came in on, we’ll have inspectors that are randomly calling names on the list to make sure you’re quarantining and if you’re not, you’re in violation of the law and you’ll be fined.

‘I think most people are going to honor it,’ Cuomo said.

If a person is caught having traveled to New York from one of the high risk states and they are not quarantining, they can be fined $2,000.

Cuomo said New York’s slow reopening plan had been ‘vindicated’ by the fact its numbers continue to decrease while other states are seeing spikes.

Forcing people to quarantine from other, high risk states, he said, was ‘just common sense’.

‘We do not want the virus coming in on a plane again,’ he said.

For the last three days, the average number of people dying across the state was 17. At its worst in April, the number was nearly 800. 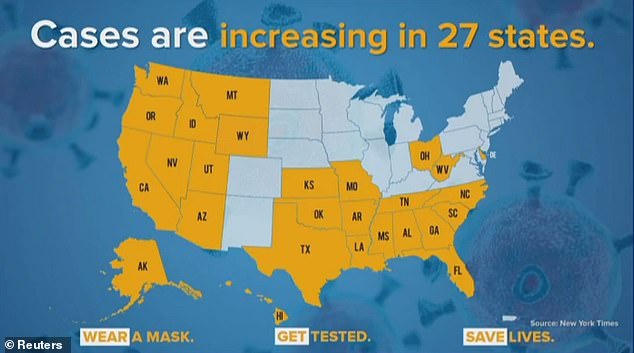 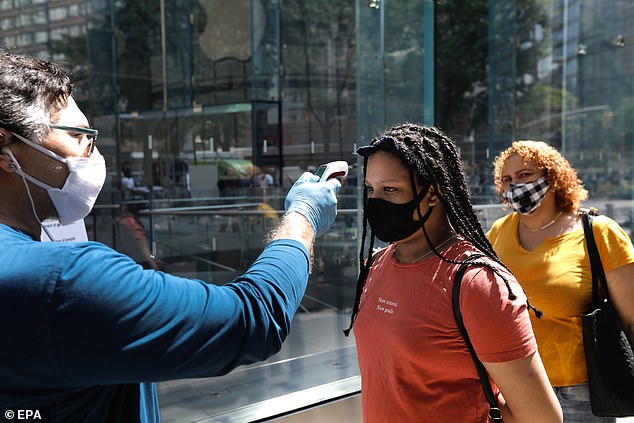 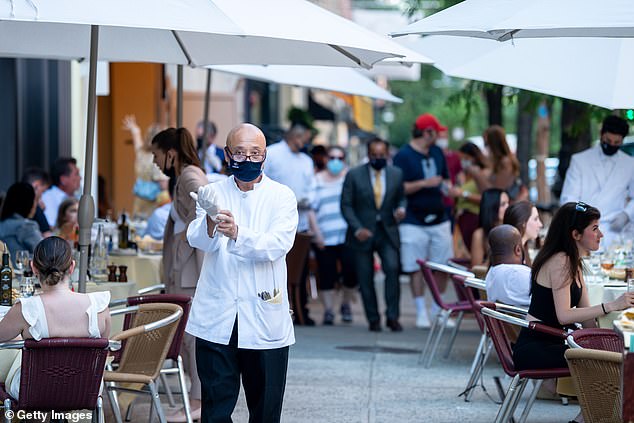 Texas, which was one of the first states to start reopening back in April, has also reached an all-time high of new cases leading Republican Governor Greg Abbott to backpedal on efforts to get back to business as usual and tell people not to leave the house unless they need to.

In Florida, where new cases surged 87 percent last week, Governor Ron DeSantis warned Tuesday he will be cracking down on bars and restaurants that flout social distancing guidelines, after reports of large parties across the state.

Experts are warning that the nationwide increase in infections is largely coming from a spike in cases among young people who are ignoring social distancing measures and testing positive for the virus.

‘You are putting people’s lives in jeopardy,’ Cuomo said of the states that reopened ‘too early’. 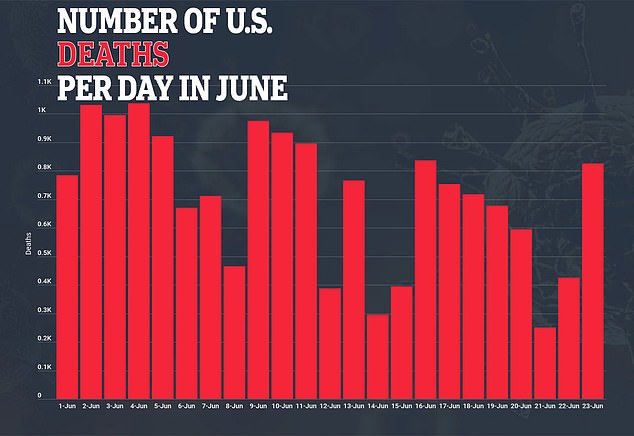 Just over 820 Americans died from coronavirus on Tuesday, bringing the total death toll to more than 121,000. It is the highest number of daily deaths recorded in the past week after fatality rates started declining nationwide 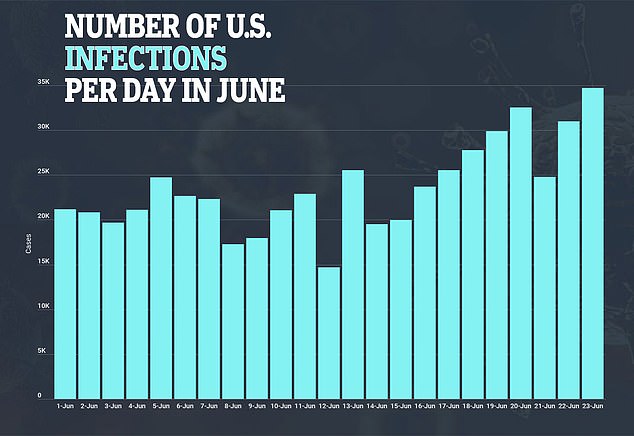 New cases in the US have been surging for more than a week after trending down for over six weeks. Nearly 35,000 new cases were reported on Tuesday, which is down from the record 36,000 infections that were logged on April 24