Inquisitive youngsters are more focused in class, and therefore perform better at reading and mathematical tests, a study found.

Although children from less privileged backgrounds tend to do worse at school, the research found those who question the world around them perform as well as their well-off peers.

Lead author Dr Prachi Shah, from the University of Michigan, said: ‘Curiosity is characterised by the joy of discovery and the desire for exploration, and the motivation to seek answers to the unknown.

‘Promoting curiosity in children, especially those from environments of economic disadvantage may be an important, under recognized way to address the achievement gap.’

Curious children do better at school because they are more focused, research suggests (stock)

Just one egg a day for six months significantly increases youngsters’ levels of the nutrients choline and DHA, both of which are involved in brain health, a study found.

Lead author Lora Iannotti from the Brown School at Washington University, said: ‘Like milk or seeds, eggs are designed to support the early growth and development of an organism and are, therefore, dense in nutrient content.

‘Eggs provide essential fatty acids, proteins, choline, vitamins A and B12, selenium, and other critical nutrients at levels above or comparable to those found in other animal food products, but they are relatively more affordable.’

The researchers analyzed 163 babies aged between six and nine months from Ecuador in 2015.

Of the infants, 80 were fed one egg a day for six months, while the remainder were given none.

Curiosity drives a desire to learn

The researchers believe children from more financially-secure backgrounds have greater access to books that encourage reading and mathematical achievements.

Although youngsters from less privileged families may be more restricted to these resources, curiosity could drive a desire to learn, the researchers believe.

Dr Shah added: ‘Currently, most classroom interventions have focused on the cultivation of a child’s self-regulatory capacities, but our results suggest that an alternate message, focused on the importance of curiosity, should also be considered.

‘Promoting curiosity is a foundation for early learning that we should be emphasizing more when we look at academic achievement.’

The researchers add more research is required to determine how to boost curiosity to benefit children’s learning.

The researchers analysed 6,200 children at nine months and two years old, and again when they started school at around five.

Questionnaires were completed by the children’s parents to determine their youngsters’ level of curiosity.

The researchers also assessed the children’s reading and mathematical skills.

The findings were published in the journal Pediatric Research. 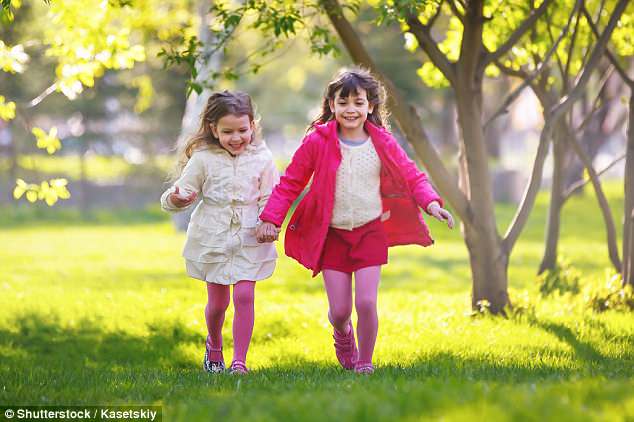 Simply reading numbers off of cards and sorting them in numerical order is enough to aid children’s knowledge of arithmetic and geometry, a study found.

They believe such play time should be incorporated into school curriculums to continue youngsters’ maths knowledge as they age.