Curtis Stone and Lindsay Price are known for their picture-perfect life.

And the celebrity chef’s actress wife proved that humour is one secret to their strong marriage on Wednesday.

The 41-year-old beauty joked that while staying at the five-star Peninsula Hotel in Beverly Hills, Los Angeles, they’ve been taking part in ‘couple’s therapy.’

A series of playful images on Instagram saw Lindsay and Curtis standing on a plush bed having a pillow fight. 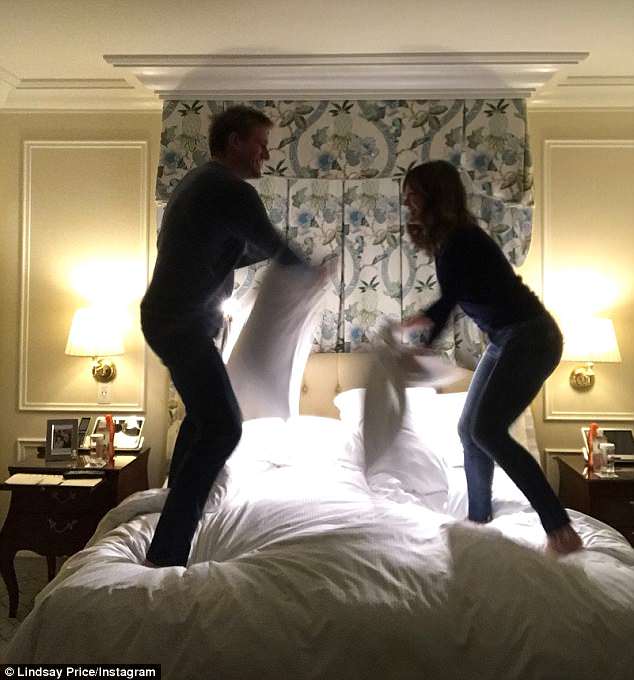 All in good fun: Lindsay joked that she and her chef husband were having ‘couple’s therapy’ when in fact they were having a pillow fight 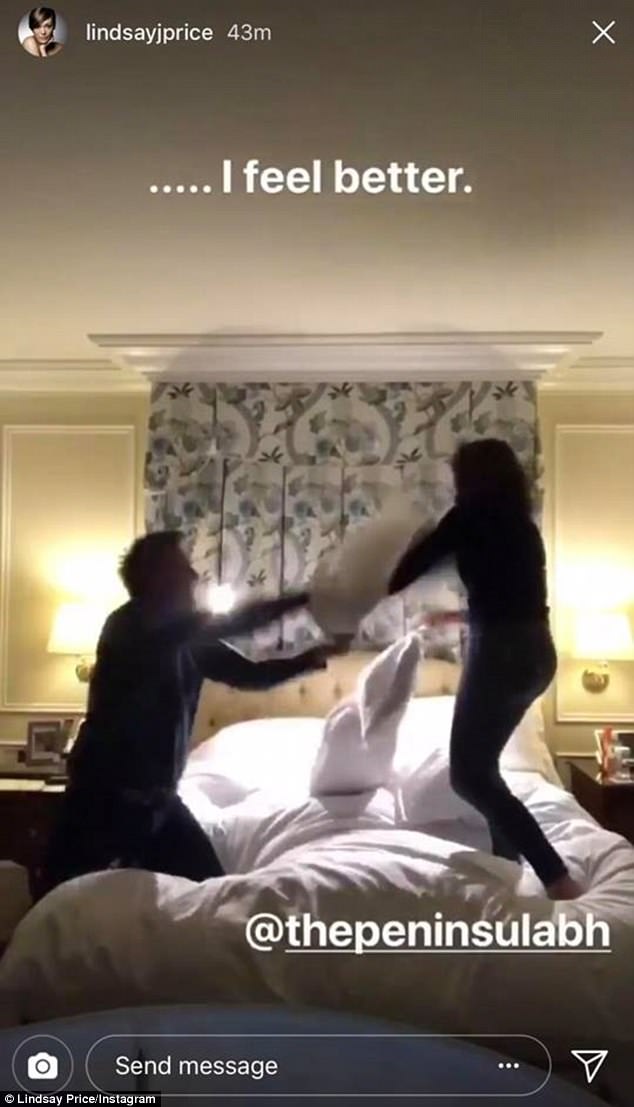 A previous post also saw the couple enjoying grapes and champagne while relaxing in their luxurious suite.

Curtis and Lindsay began dating in 2009 before tying the knot in Spain in 2013. 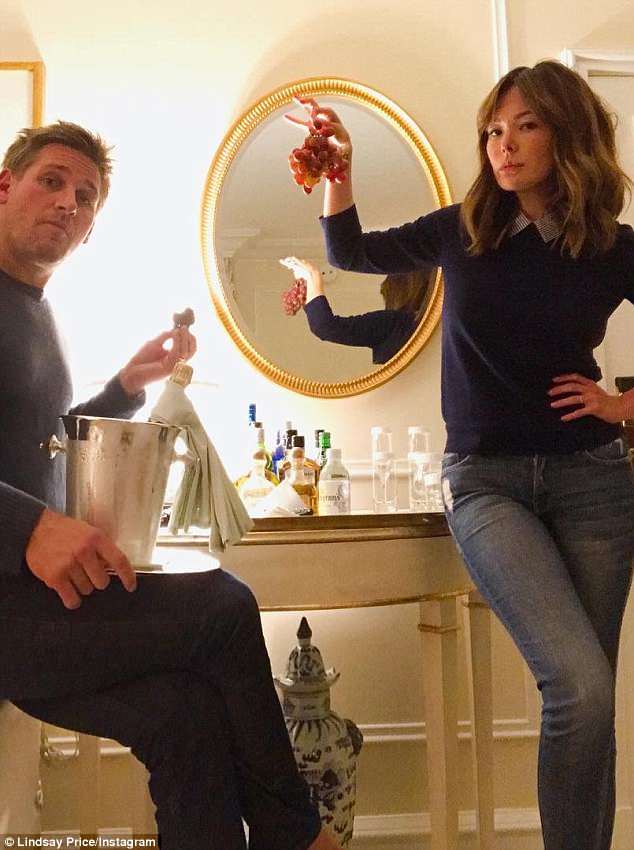 Lavish: Prior to the pillow fight, the couple enjoyed grapes and champagne in a luxurious suite at the Peninsula Hotel

Curtis previously told Daily Mail Australia that he was set up on a blind date with Lindsay and that sparks immediately flew.

‘We met on a blind date, none of us wanted to go. But when I saw her, I thought “Wow”. Who wouldn’t change their mind? Any man would, she’s beautiful,’ he explained.

Based Stateside, Curtis still makes frequent trips back to his home turf in Australia.

‘Though I have put down roots with my young family in LA, I’m back in Oz at least five times a year,’ he previously told Gourmet Traveller. 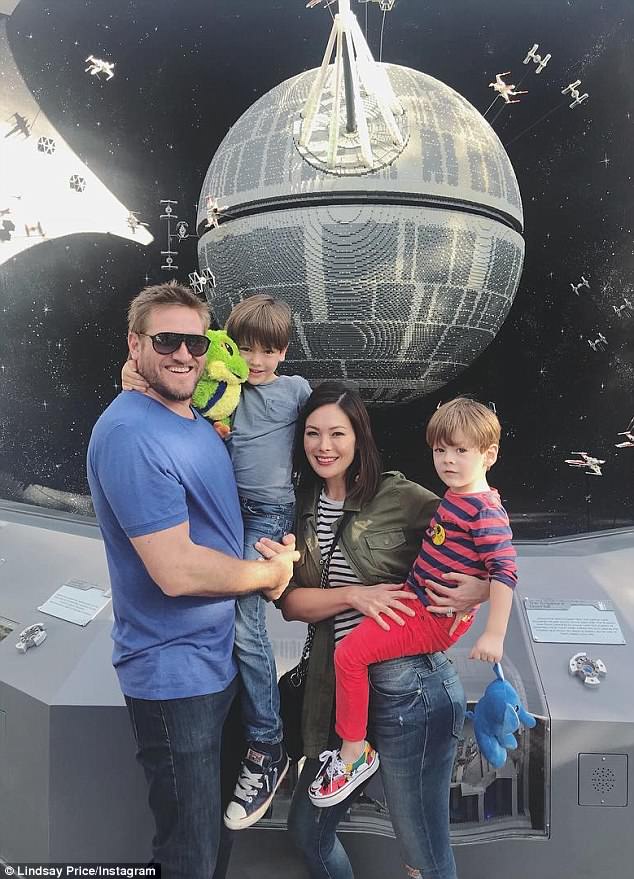