A cyber criminal with an penchant for Louis Vuitton shoes, Cartier bracelets and luxury beauty products will spend at least two-and-a-half years behind bars for fraud.

Elizabeth Goh, an ice-addict from Sydney with a love of extravagant spending, once splashed $766 on luxury beauty products in one sitting.

Now, the 29-year-old is serving prison time over her role in a criminal syndicate that defrauded $1.5 million from 47 separate bank accounts.

Elizabeth Goh, 29, (far left) an ice-addict with a penchant for extravagant spending, will spend at least two-and-a-half years behind bars for cyber fraud

More than 27,000 forms of personal identification were accessed in the ‘sophisticated’ fraud operation beginning in 2016, The Daily Telegraph reported.

The syndicate posed as doctors or insurance workers to obtain personal details from victims regarding their phone or internet banking, Cybercrime and Fraud Squad police said.

The group exploited Host Card Emulation, a software allowing a smartphone to be used to ‘tap and pay’ like a credit card.

Expensive electronic and luxury goods were bought and then on-sold.

At least seven people were faced with 767 charges for the crimes.

Goh was personally found to have been ­involved in targeting more than a dozen people – six of whom lost $120,000 between them.

Victims often unknowingly had their phone number transferred to another service provider. 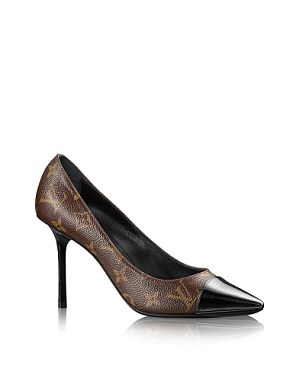 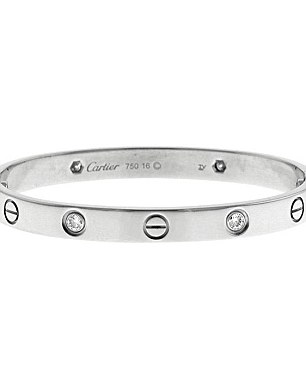 Goh had a penchant for Louis Vuitton shoes, Cartier bracelets and luxury beauty products will spend at least two-and-a-half years behind bars for fraud (stock images)

A member of the group would then call up their bank impersonating them.

One victim Goh impersonated, Roderick Watson, said he received a text saying his number was being transferred but thought it was a hoax.

She then bought seven iPhones and SIM cards worth almost $10,000 using the ‘Tap and Pay’ feature, which she linked to a MasterCard she set up in his name.

Police found Louis Vuitton shoes believed to be the proceeds of crime when offciers raided Goh’s inner-city Ultimo home in Sydney in May 2017.

She was sentenced over a number of charges, including participating in a criminal group and dishonestly obtaining financial advantage by deception.

With time already served, she will be eligible for parole in December 2019.