Cyclists are being targeted by vandals on a popular bike track, with hidden wire poised to do some serious damage.

A resident who was out for a morning stroll spotted the thick wire in two separate locations along the Tuggeranong Hill Nature Reserve trail in Canberra’s nature park.

The resident, who chose not to be identified, contacted police, who confirmed there is an ongoing investigation into the placement of the wire.

Cyclists were targeted by vandals on a commonly frequented bike track, with hidden wire poised to do some serious damage

‘ACT Parks and Conservation have been notified and inquiries in relation to this incident are continuing,’ an Australian Capital Territory police spokesperson told the Brisbane Times.

The wire, which is situated at a dangerous height and strung between two trees, could have knocked a cyclist or walker backward, and caused damage to the body.

But it appears the unnamed resident came across the wire before any serious harm could be caused, with no current reports of injuries as a result. 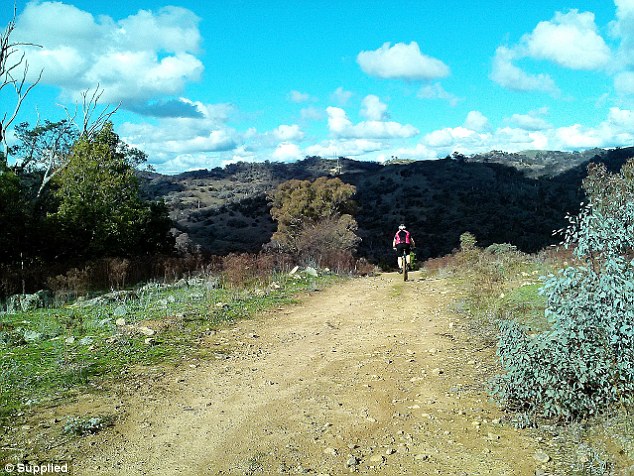 The person also said the wire was almost unrecognisable from a front on angle.

‘This is very concerning.’

‘If a bike was riding along, they wouldn’t see the wire and they would be knocked off,’ the resident said.

The reserve is of significant cultural importance and has family-oriented picnic areas as well.

It is known for its rich heritage with stone artifacts and an axe grinding groove site belonging to Indigenous ancestors of the land, making it an important piece of history in the region.

The attack isn’t the first of it’s kind. In July, cyclist Peter Duncan almost died after riding straight into a garden hose tied across the street and was thrown from his bike. 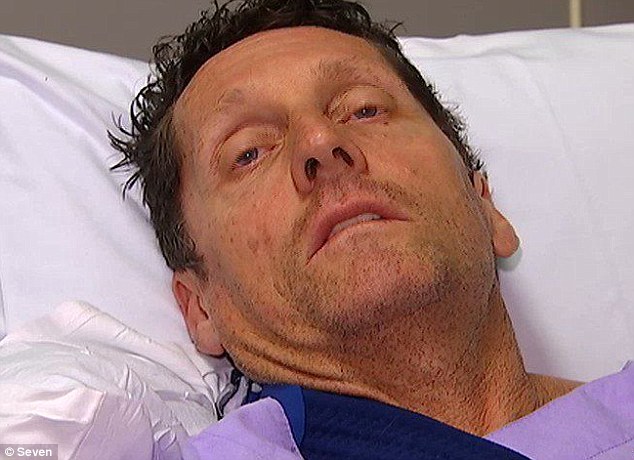 Peter Duncan (pictured) was riding his bike about 5.40am when he rode straight into the hose and was hurled off his bike

Queensland Police say the hose was tied to shrubs from across the street at chest height, along Goonawarra Drive near Quondong Street in Mooloolaba.

He was riding at about 5:40am, and due to the darkness of the morning, it was almost impossible for Mr Duncan to spot the hose.

He said he did not have enough time to stop, and only ‘saw something blue’ before he was thrown off and landed on his back.

Anybody with information in relation to the matter is urged to contact Crimestoppers on 1800 333 000. 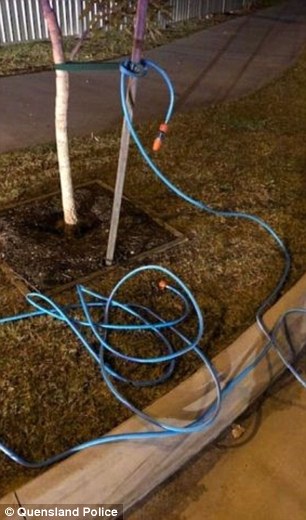 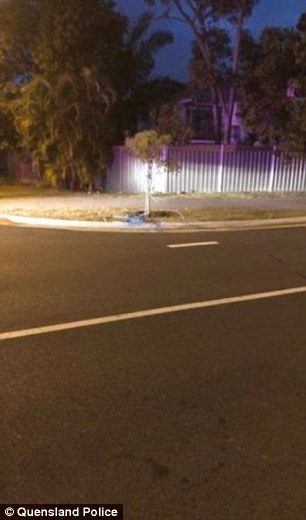 According to Queensland police, the hose (pictured left and right) was tied to shrubs from across the street at chest height