A D.C. lobbyist who was a business partner of convicted former Trump campaign chair Paul Manafort pleaded guilty in federal court Friday to failing to register his work, and admitted to arranging an illegal $50,000 donation to Trump’s inaugural.

He also became the latest official linked to Trump or his political circle to reach aan agreement to cooperate with special counsel Robert Mueller’s probe.

W. Samuel Patten entered his plea in federal court in Washington, copping to disclosure crimes as prosecutors laid out his business connections to Manafort, the Ukrainian, and an American with ties to Russian intelligence.

One illegal activity he admitted to was arranging an American ‘straw donor’ for the $50,000 contribution. He did so on behalf of a Ukrainian businessman who wanted to contribute to Trump’s inauguration.

Sam Patten, a former associate of Paul Manafort, leaves U.S. District Court August 31, 2018 in Washington, DC. Patten pleaded guilty to failing to register in the U.S. as a foreign agent and has agreed to cooperate with prosecutors in the case

The charges he pleaded guilty to are failing to register his work as a foreign agent while doing work in Washington for a Ukrainian political party.

Prosecutors said Patten worked with two foreigners to line up the contribution, the Washington Post reported.

The person identified as ‘Foreigner B’ then went to the inauguration with Patten, who admits he lied to the Senate Intelligence Committee.

Patten has been listed as an associate of Konstantin Kilimnik, who oversaw Manafort’s office in Ukraine, and has been identified by prosecutors as linked to Russian intelligence. 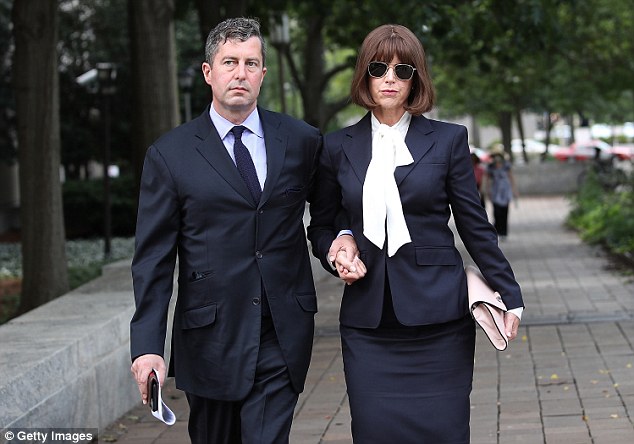 His plea came in the courtroom of Judge Amy Berman Jackson in U.S. District Court for the District of Columbia, who is overseeing Manafort’s trial on money laundering and other charges in the District.

A business associate of a key figure in the investigation into former Trump campaign chairman Paul Manafort pleaded guilty Friday to failing to register as a foreign agent. 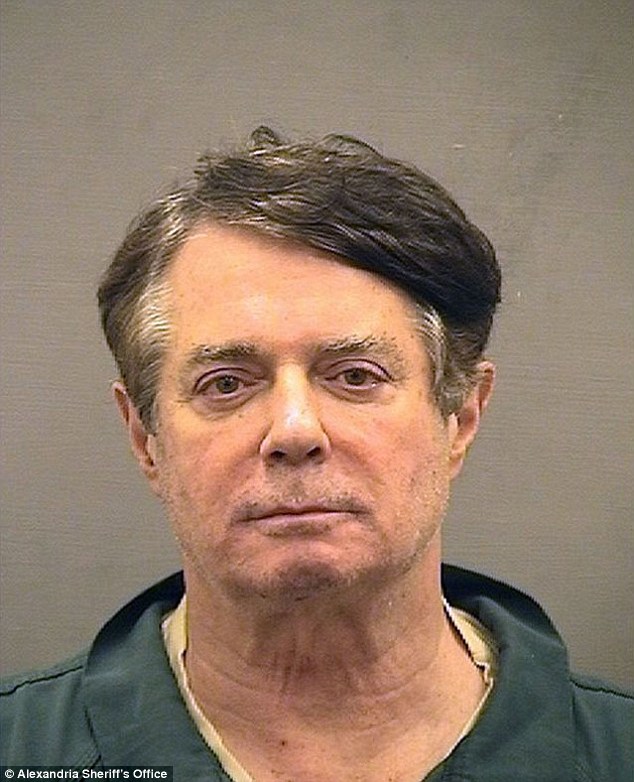 He worked with former Trump campaign chair Paul Manafort, who was found guilty this month of eight financial counts 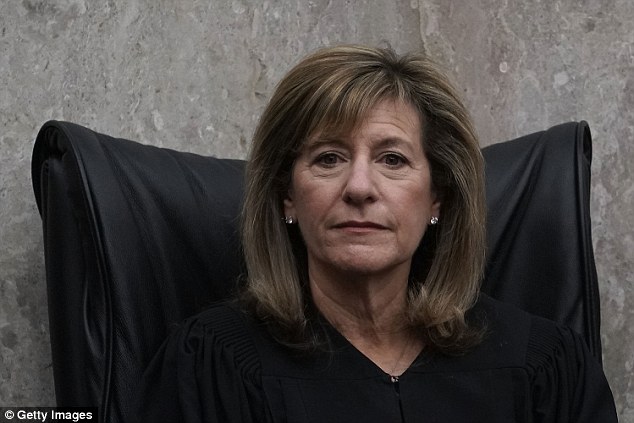 The guilty plea came in the courtroom of District Judge Amy Berman Jackson, who is handling Manafort’s case in Washington

Patten entered his plea in federal court in Washington, shortly after prosecutors released a four-page charging document that accused him of performing lobbying and consulting work in the United States and Ukraine but failing to register as a foreign agent as required by the Justice Department.

According to the charging document, ‘In January 2017, Foreigner sought to attend the Presidential inauguration.’

A person described as ‘Foreigner A’ contacted Patten ‘to find out if PATTEN could obtain tickets for Foreigner B. PATTEN was aware at the time that the Presidential Inauguration Committee (PIC) could not accept money from foreign nationals.’

He then contacted an intermediary anyway who wrote that the PIC couldn’t accept money from foreigners, although they were permitted to attend.

According to the document, ‘To circumvent the foreign donation restriction, Patten, with the knowledge of Foreigner A, solicited a United States citizen to act as a straw? purchaser so that he could conceal from the PIC that the tickets for the inauguration were being paid for from a foreign source.’

‘The straw purchaser paid $50,000 for four inauguration tickets. The straw purchaser paid that sum one day after receiving from Company A a check signed by PATTEN in the sum of $50,000. In turn, Foreigner had paid Company A for the tickets through a Cypriot account. Foreigners A and B, another Ukrainian, and PATTEN were allocated the four inauguration tickets.’

Patten when went to the inaugural event ‘with Foreigner B.’

Patten was a business associate of Konstantin Kilimnik, a man U.S. authorities have said has ties to Russian intelligence.

Kilimnik worked closely with Manafort, who was found guilty this month of eight financial counts. Kilimnik also is a co-defendant in a pending case against Manafort in Washington, brought by special counsel Robert Mueller’s team, that accuses them both of witness tampering. 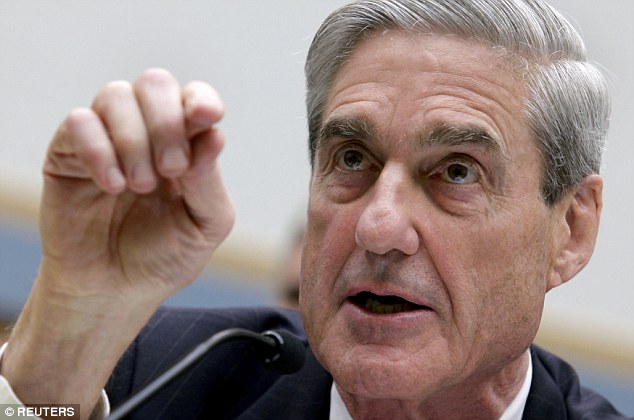 The Patten case was referred by Mueller’s team to the United States attorney’s office in Washington, which is handling it. Andrew Weissmann, one of the lead Mueller team attorneys in the Manafort prosecution, was seen at court Friday ahead of Patten’s appearance

Court papers don’t refer to Kilimnik by name, but say Patten worked with a Russian national on lobbying and political consulting services.

Prosecutors say Patten, who formed a consulting company with a person identified only as “Foreigner A,” worked to set up meetings with members of Congress and also drafted talking points for Capitol Hill meetings.

The goal, prosecutors say, was to influence U.S. policy, but they say Patten never filed under the Foreign Agents Registration Act. The law is aimed at promoting transparency about lobbying efforts in the United States.

U.S. District Judge Amy Berman Jackson told Patten that she couldn’t provide any estimate of Patten’s potential sentence because U.S. sentencing guidelines don’t have a section for violations of the Foreign Agents Registration Act. Prosecutions of the offense are rare, but in recent years the Justice Department’s national security division has taken a tougher stance on enforcement of the law.

Patten’s plea agreement requires him to cooperate with the government. He was released on his own recognizance Friday without a sentencing date.