A father-of-three has incredibly survived after he was bitten by a venomous death adder snake.

Ben Duffy, 32, was bitten on the ankle by the deadly snake as he was loading his kayak onto a vehicle in Abergowrie, in north-east Queensland, on Wednesday.

His wife Jenna said the length of time it took to get Mr Duffy to hospital meant it was too late to administer any anti-venom, the Townsville Bulletin reported.

Mr Duffy, a mechanic at Cannington Mine in north-west Queensland, had been kayaking with his father-in-law, Peter Kocisa, when he was bitten on a rural property.

Mr Kocisa immediately called an ambulance and applied a tourniquet made from his shirt.

The father-of-three was first transported to his nearby hometown Ingham and then taken to Townsville University Hospital in an ambulance.

Mrs Duffy said her husband was in good spirits until Thursday morning when his eyes became droopy and he began having difficulty swallowing.

‘We’re going to be okay, we’ve just got to wait, unfortunately,’ she said.

A Townsville University Hospital spokesperson said Mr Duffy was still at the hospital in a stable condition.

He said there is a protocol for administering anti-venom and that anti-venom was available in Ingham. 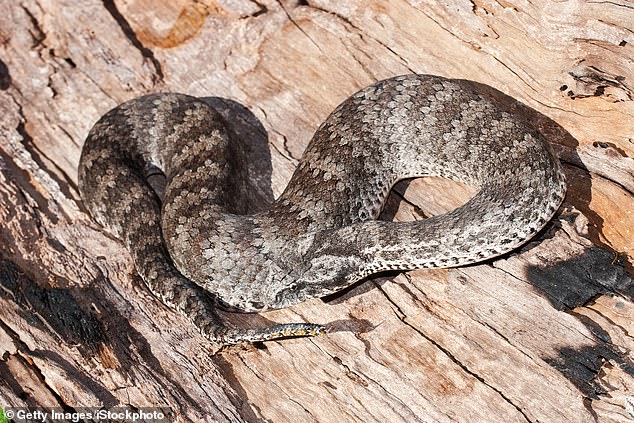