You stupid boys! Dad’s Army bosses order fans to stop cheering every time Corporal Jones shouts ‘They don’t like it up ’em!’ in new recording

Filming of three lost Dad’s Army episodes was stopped three times because of rowdy fans cheering after Corporal Jones said his catchphrase ‘They don’t like it up ’em!’.

David Hayman, who plays Private Frazer in the remake, said he was stunned by the crowd’s reaction and compared them to Brexiteers.

He said: ‘I’d never seen anything like it. I think they unleashed the beast in the audience. No wonder we are heading for Brexit.’

Bosses had to order everyone to calm down during the recording and feared that the cheering would make filming sound like a pro-Brexit rally.

Every time Corporal Jones would shout his famous catchphrase, the audience would give the new Dad’s Army remake (new cast pictured) a standing ovation

Every time Jones – played by Kevin Eldon – shouted his catchphrase, the audience rose to its feet and cheered.

According to the Daily Star, David Hayman said: ‘There was a standing ovation every time Jones said, ”Get it up the f***ing Nazis” — although Kevin didn’t use the swear word in the show.’

A new cast is taking on the iconic roles of wartime Home Guard volunteers Captain Mainwaring, Sergeant Wilson and Corporal Jones, made famous by the late Arthur Lowe, John LeMesurier and Clive Dunn.

They will film three lost episodes, including Under Fire, A Stripe For Frazer, and The Loneliness Of The Long Distance Walker.

When the programme aired in the 60s and 70s it was standard practice for the BBC to regularly record over or discard tapes once shows were broadcast, meaning the three episodes were lost or destroyed. 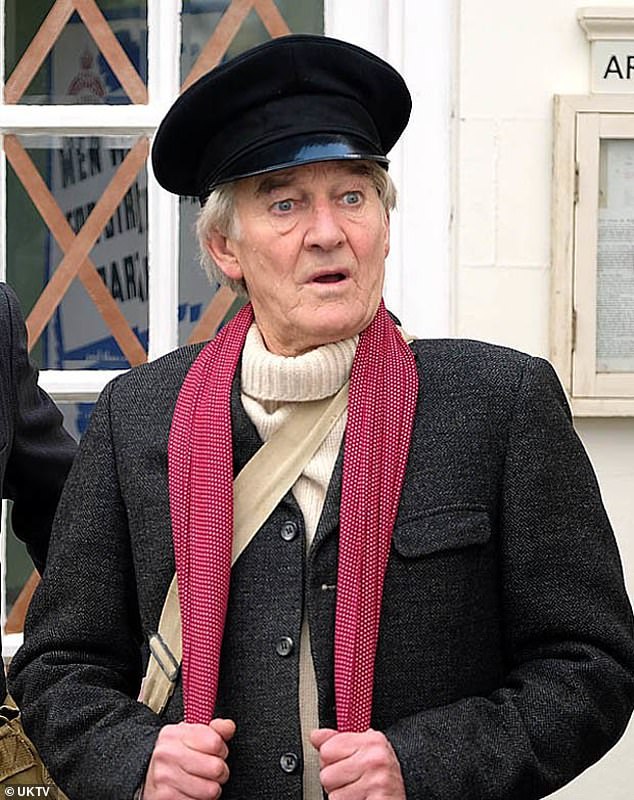 David Hayman, who plays Private Frazer in the remake, said he was stunned by the crowd’s reaction, comparing fans to Brexiteers

Dad’s Army is now set to make a comeback after more than 50 years off the air, thanks to bosses at digital channel Gold.

Launching in 1968, Dad’s Army ran for nine hugely successful series’ over a nine-year period before going off air in 1977.

In 2016 a film remake was commissioned via Universal Pictures, with Toby Jones as Mainwaring, Bill Nighy as Wilson, Blake Harrison as Private Pike and a special appearance from Catherine Zeta-Jones.

Picking up where the original show left off in 1944, it received a mixed response from fans and critics alike.